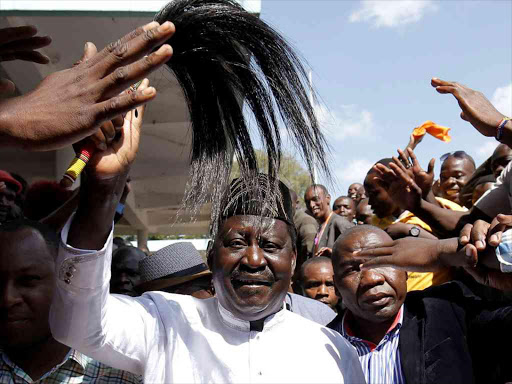 Cord leader Raila Odinga arrives at a rally to mark Madaraka Day, the 53rd anniversary of the country's self rule, at Uhuru Park in Nairobi, June 1, 2016. Photo/REUTERS

Cord has released the list of members who will spearhead talks with the government on the fate of the IEBC.

The five whose names were announced on Thursday include

The Cord coalition, which has accused Jubilee and the IEBC of colluding to rig polls, wants commissioners removed from office.

and their supporters from storming IEBC offices but they said the order amounted to "".

Its co-principals - Raila, Kalonzo Musyoka and Moses Wetang'ula - have been leading weekly protests that they said will only end when their demands are met.

during Madaraka Day celebrations on Wednesday, maintained that they will not turn back on their demands.

the constitution in pushing for their demands.

who want to violate the constitution for their own gain.

and stop holding the protests.