It also gained from development rights and reduction of finance costs.

•This from Sh302.7 million loss reported in the half-year ended September 202. 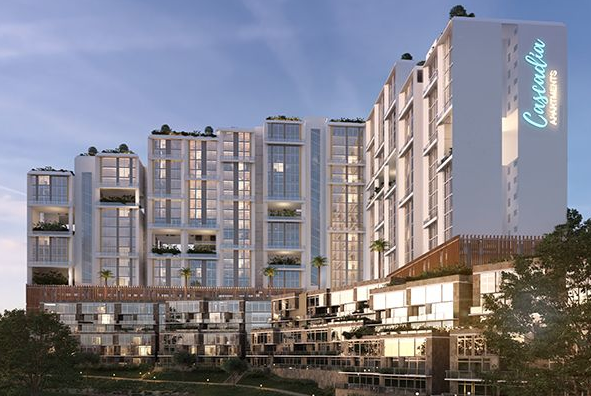 Centum Real Estate has reduced its half-year losses by 38 per cent to Sh187.4 million, driven by increased property sales.

This is up from the Sh302.7 million loss reported in the half-year ended September 2021.

Stable demand for property saw the group record an increase in the value of signed contracts, which closed the period at Sh4.3 billion, expected to be collected in the next 12-24 months.

This comes amid a rise in prices of prime properties in Nairobi, which has been listed among top investment destination by real estate firm- Knight Frank,.

In its recently released Prime Global Cities Index, the firm listed Nairobi as the only African city among 45 global cities that recorded annual growth in the third quarter of 2022,in luxury residential properties.

According to the firm, luxury house prices soared amid growing demand for properties in high-end areas, with the peaceful elections stabilising the market further.

“There is a strong desire from buyers to find good value properties. There has not been much certainty over the last two years with Covid and elections. With that all behind us buyers are keen to transact,’’ said Tarquin Gross, head of residential agency at Knight Frank Kenya.

The index tracks nominal prices in local currency and targets high-end areas such as Karen, Muthaiga, Kitisuru and Runda.

Centum's net revenue from the sale of residential units however dropped to Sh898.3 million compared to Sh931.5 million in the same period last year, amid a higher cost of sales.

These include transfer taxes, recording costs, title costs, due diligence costs and maintenance, with the weak shilling against the US dollar further impacting on its balance sheet.

Total assets amounted to Sh40.2 billion as at September 2022, funded by shareholder equity of Sh24.4 billion and Sh4.9 billion in borrowing.

It reduced its appetite for credit during the period under review, to Sh860 million, pegged on principal repayments funded by the strong cashflows from the sale of development rights.

As at September, the group had cash holdings of Sh1 billion to fund the development of residential houses and meet the maturing debt obligation as they fall due.

As of September 2022, Centum Real Estate had cumulatively sold 1,825 homes with a total value of Sh15.9 billion, representing 75 per cent of the total homes either completed, under construction of under market valuation.

It is on course to complete construction of an additional 423 homes in the second half of the financial year ending March 31 2023.

Of these units, 412 units have been sold with significant collections received, management said.

“The revenue potential of these units is Sh3.6 billion, which can be expected to start reflecting in our income statement progressively from the financial year ending March 31, 2023,” Mbae said.

Its residential units’s business is anchored on a sell to build model that is capital light and principally funded through internally generated funds.

The programme only covers Nairobi.
Counties
3 weeks ago
Post a comment
WATCH: The latest videos from the Star
by MARTIN MWITA Business Writer
Kenya
14 November 2022 - 17:00
Read The E-Paper