MPs to approve public borrowing in the proposed law reforms 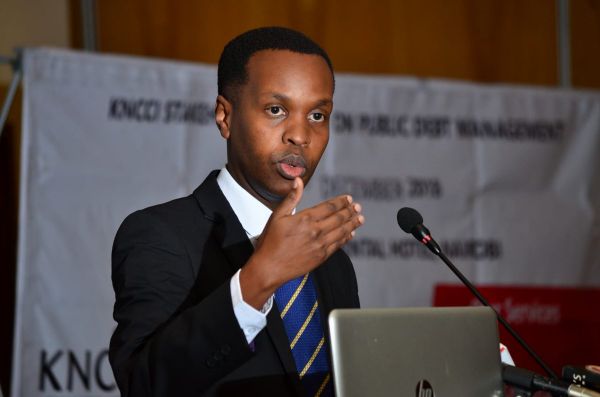 This, the legislator argues will ensure that the borrowing process is transparent, necessary and realistic, cushioning the country from the high debt obligation.

According to Kosgey, the proposal will ensure that Kenyans get to know how money is borrowed; from who and why; how the money is used and the payment plan.

“If the mwananchi is to owe money, it is only fair to let us know be able to see the whole process through," says Kosgey.

For instance, the MP wants the Cabinet secretary National Treasury to seek approval from the National Assembly prior to raising any loan or guarantee.

Furthermore,  he wants details for each specific loan to be submitted to the National Assembly and approved by resolution before being utilised by the exchequer.

The new changes propose that any expenses incurred in connection with borrowing by the National Government are a charge on the Consolidated Fund or any other public fund set up in the CS and approved by Parliament.

''Expenses and costs, including interest and principal payments made concerning loans to each level of Government must be submitted to the Controller of Budget and Parliament at the end of each quarter,'' Kosgey said.

The proposed changes are coming at the time Kenya is struggling to meet its debt obligation due to low revenues.

The country's total debt according to the Central Bank hit Sh7.7 trillion by end of June, less than Sh2 trillion to the country's debt limit capped at Sh9 trillion.

This is the second time Kosgey is spearheading debt transparency in the country after successfully lobbying for disclosure of public debt in absolute figures as opposed to Debt per GDP.

This is coming just a week after the  Senate Committee on Finance and Budget directed Treasury CS Ukur Yatani to furnish, within seven days, a schedule of Commercial External Debt that it has earmarked for retirement.

In a meeting between the Senate Committee and the Treasury on the status of public debt in Kenya chaired by Kirinyaga Senator Charles Kibiru, the CS reported that retiring debt ‘is a long and tedious process and that Treasury had engaged experts to advise on restructuring the loans.

“When you appeared before us over a year ago part of your immediate concern and engagement was to retire expensive debt and leave the less expensive debts. What changed?” posed Sen Moses Wetangula.

In his presentation to the Committee, CS Yatani compared Kenya’s debt ratio to GDP to that of Japan, the US, UK and Angola saying that the country’s GDP ‘didn’t indicate that there isa serious problem’.

The Committee took exception to his remarks noting that it had earlier cautioned him against comparing Kenya’s GDP to those of advanced countries with huge economic bases and international investments.