Recorded lowest price in over a decade. 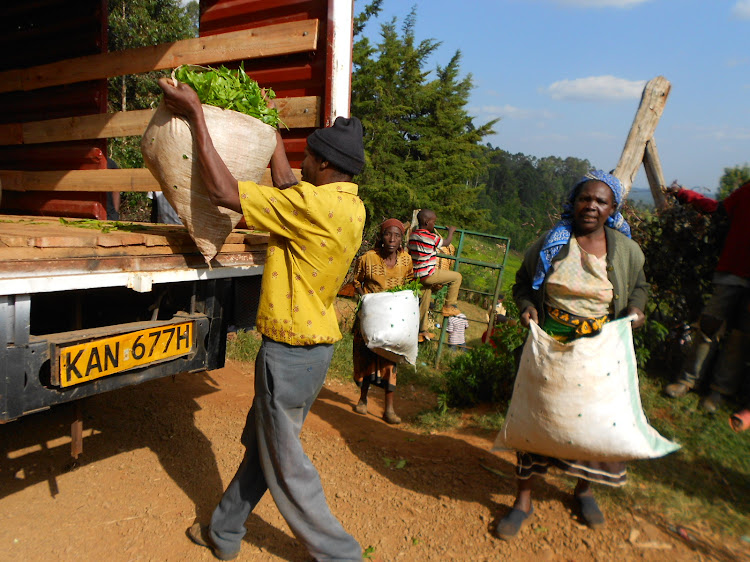 Tea prices at the weekly Mombasa auction have hit a historic low, even as government continues to push for reforms in the sector.

About 55.47 per cent packages remained unsold, "due to the reserve prices placed on all KTDA teas which resulted in the very high number of unsold teas."

According to the market report, Egyptian Packers lent strong interest and were dominant and there was more support from Kazakhstan, other CIS states and Bazaar.

The prices which have been on a downward trend for the better part of this year have averaged $1.80 (Sh194.78) since January, with anything below two dollars ($2) being considered “not good”.

The commodity has only fetched $2 (216.42) once this year, recorded in the first quarter.

The continued low prices come amid government's push for reforms in the sector, including changes at the Kenya Tea Development Agency(KTDA).

Last week, agriculture CS Peter Munya called on the new KTDA Holdings Board to move with speed in executing actions and strategies that will accord farmers enhanced earnings, and get the sub-sector back to the sustainability and profitability.

"The most important responsibility that you have is to restore the original mandate of KTDA Holdings Ltd, which is executed through the KTDA Management Services Ltd and to refocus the respective subsidiaries towards serving farmers’ interests and delivering value to shareholders,” Munya said.

Oversupply at the Mombasa tea auction has been blamed for the low prices.

Further worsening the situation is a global glut as top tea producing countries recover from a trading break occasioned by the Covid-19 pandemic.

Green leaf produced by smallholder tea farmers under KTDA management hit 615 million kilos in six months to December last year, with high tea production being pegged on favourable weather conditions, besides the rapid expansion of acreage under tea over the years.

The Mombasa Tea Auction is one of the largest in the world where teas from Uganda, Rwanda, Tanzania, Malawi, Ethiopia and the Democratic Republic of Congo are also traded.

“High volumes of tea produced in the East African region and elsewhere on the globe have contributed to the continued price decline in the global market,” KTDA said in a recent statement.

A stronger shilling against the dollar is expected to further wipe farmers earnings who gained from last year exchange rates, where the local currency hit a historic low of an average 111.1 units to the US dollar.

On Friday, Central Bank of Kenya data quoted the shilling at 108.18 against the US dollar.