Local banks' ability to acquire extra assets in the midst of the Covid-19 pandemic that has taken a toll on the global economy illustrates resilience. 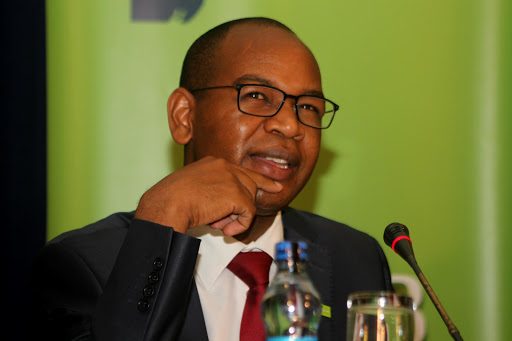 This, after the lender, signed an agreement with Atlas Mara to buyout a 62.06 per cent stake in Banque Populaire du Rwanda Plc (BPR) and a 100 per cent stake in African Banking Corporation Tanzania Limited (BancABC).

The acquisition expected to be finalised within six months will see KCB Group extend its leadership as the biggest lender in  East Africa, with over $10 billion (Sh1 trillion) in asset value.

''This is a cash acquisition. Our books are solid enough to support the transaction. $32 million will go to Rwanda's BPR while the rest is for BancABC,'' KCB said.

The successful completion of the transaction is subject to obtaining shareholder approval and to obtain regulatory approvals in the respective countries.

According to Oigara, the transaction is part of KCB’s ongoing strategy to explore opportunities for new growth while investing in and maximising returns from the Group’s existing businesses.

"This will buttress the Group’s leadership position and give it a stronger edge to play a bigger role in driving the financial inclusion agenda in the East African region while building a robust and financially sustainable organisation,'' Oigara said.

The transaction is expected to push KCB's ranking in Rwanda to position two and between positions 8 and 10 in Tanzania.

Local banks' ability to acquire extra assets in the midst of the Covid-19 pandemic that has taken a toll on the global economy illustrates resilience.

KCB's balance sheet expanded 27 per cent to Sh972 billion, funded by customer deposits growth and acquisition of NBK of National Bank's asset base of  Sh114.59 billion ($1.14 billion), and the takeover of Sh4 billion ($40 million) worth of assets of the collapsed Imperial Bank.

In August, Equity Group completed the acquisition of a 66.53 per cent stake in the Banque Commerciale Du Congo (BCDC) at $95 million (Sh10.2billion), pushing its assets to Sh944.9 billion in the third quarter compared to Sh744.4 billion same period last year.

Co-op Bank Group, another tier-one lender in the country,  saw its total assets grow by Sh70.1 billion (16 per cent) to Sh510.9 billion compared to Sh440.8 billion in the same period last year.

The bank finalised the acquisition and rebranding of Jamii Bora to the Kingdom during the quarter.

Even so, all of them recorded a drop in net earnings for nine months ended September on high loan loss provision.

KCB Group registered a 43 per cent drop in net earnings, with non-performing loans rising to 15.3 per cent compared to 8.3 per cent last year.

Equity Group's profits on the other hand dipped to Sh15 billion compared to Sh17.5 billion reported in the corresponding quarter last year, representing a 14 per cent drop.

Loan loss risk provisions grew 11-fold from Sh1.3 billion to Sh14.3 billion increasing non-performing loan coverage to 86 per cent in anticipation of defaults due to reduced earning among borrowers.

The bank's total non-performing loans for the quarter under review grew to Sh45.9 billion from Sh26.5 billion over a similar period last year, representing a 73.2 per cent increase.

Co-op Bank and Standard Chartered reported a 10 and 31 per cent drop in net earnings for the quarter respectively.

Post a comment
WATCH: The latest videos from the Star
by VICTOR AMADALA Business Writer
Kenya
27 November 2020 - 04:00
Read The E-Paper