Stories that touched our hearts, inspired us and made our blood boil 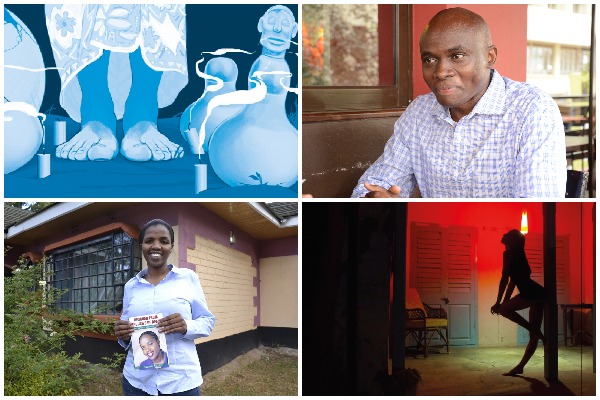 Clockwise from top: Illustration of rituals at a shelter inhabited by elders hounded out of their homes on suspicion of witchcraft in Kilifi ... Prof Benson Edagwa, a chemist working on a HIV cure at the University of Nebraska, during an interview with the Star in Nairobi on July 16 ... Elizabeth Kogo, 37, holds her book on GBV at her home in Ndaptabwa, Nandi county ... Stock photo of a sex worker
Image: FILE

Adversity is writ large across the diary of Wanjiku in 2019, but she registered some triumphs that bespeak her resilience. In good times and bad, the Star was there to dig up and document her untold stories on its feature pages.

From having her innocence traded for beads to being a willing seller to willing buyers, from being dispossessed after getting widowed to barely surviving a hammering by a lover, Wanjiku had a long year. But she also made historic innovations and thrived in the international arena against great odds.

The Big Read and Sasa sections captured her struggles and successes in depth through features, a genre media trainer Judie Kaberia defines as, “Colourful pieces that deal with real events, placing an emphasis on the people involved.” Below is a list of the best in 20 categories, starting with one that touches on Wanjiku’s worst fears in this economy.

Excerpt: He remembered six years earlier, when the Finance Manager of one of the companies within the group was terminated. He did not inform his wife that he no longer had a job. For eight months, the poor man would leave home every morning at the usual time but he would head to an upmarket cyber café, where he would spend his whole day. Wafula remembers laughing at the man. But now that he, Wafula, was facing the big R, he empathised with the man.

How being tagged ‘spy with a gun’ shook innocent journalist

Excerpt: “I was sweating and trembling, pleading with him to spare my life as I remembered my son Florian and my six siblings and mother, who were looking up to me for support. But he could not listen. When he pulled the trigger, the gun jammed… God had jammed it,” Elizabeth Kogo, 37, recounted.

Excerpt: “I have fulfilled my dream. I have done odd jobs so that none of my children will do the same. Now that they are all working, I can go back home to retire.”

How workers hawk goods in the office to make ends meet

Excerpt: “I have been frustrated. I was born by my parents who I live with in Kinoo. I’m confused since I cannot start a business, and from the analysis of issues, I find myself being confined to being a cobbler. I repair shoes and I can see myself with all the talents I have remaining a cobbler,” footballer James Kiziwacho said. 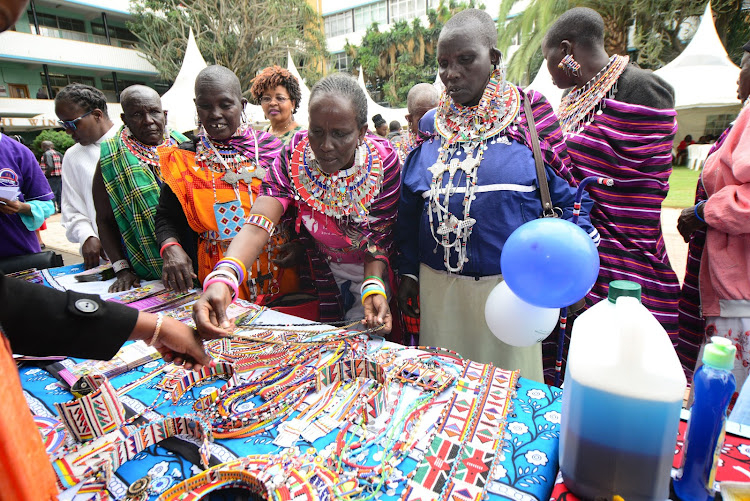 God is Able Widows' Group from Loitoktok, Kajiado county, display their handmade necklaces during the International Widows Day celebrations at the University of Nairobi on June 24
Image: FAITH MUTEGI

Excerpt: “They said I killed my husband so I could inherit the land we had bought. I could not take in the pain of losing a husband and being accused of killing him. It was too much for me,” she said.

Plight of parenting an intersex children

“Nashami* (not her real name) quietly sat outside her manyatta, watching as other children played, not daring to join them lest her co-wife sees her.” I feel like crying. Really?? In this era and time? Where’s the children dept? Where’s the police? Aren’t these crimes against children? Where are the local politicians? Paedophiles!!?

Excerpt: “They are babies and should not be having intercourse. It is a traumatic experience because they are not prepared for intercourse at all at that time,” Dr Allan Adungo, an obstetrician, said.

Shelter where suspected witches feel like hunted animals in Kilifi

Excerpt: The sanctum, filled with skeletons, jack-o-lanterns and a pot, is for the oath-taking and ‘healing’ the sick. Seashells and oil are among the healing potions the magicians rely on for their rituals. Other paraphernalia are hidden in a hut that is forever kept dark. They possess ‘powers’.

Don’t judge a woman by her motherhood — Millie Odhiambo

Excerpt: “Although I was rained on, cheated, arrested and beaten by fellow sex workers, one day I'll go back. Prostitution is like witchcraft, you can't stop it once it's in your blood.”

How women, schoolgirls are lured into drug trade

Why men should not fear vasectomies

Excerpt: “A lot of people think it is castration, but it is not. It is a modern, safe and effective family planning method for men whose families are complete,” Dr Charles Ochieng, 45, said.

Excerpt: The advantage of having a living will is first, you as a parent decide who is best suited to take care of you and your wealth. Secondly, it saves the family from unending legal battles, which sometimes lead to bad blood.

Why suspects change their minds after pleading guilty

Excerpt: They are greeted with a pile of leaflets on the receptionist's table, indicating the diseases they cure and the time frame. They include chronic diseases, such as cancer, gynaecological complications and detoxification agents. Some promise healing in as little as two weeks.

How patients are prescribed so many drugs, it’s killing them

How safe is your sukuma wiki? 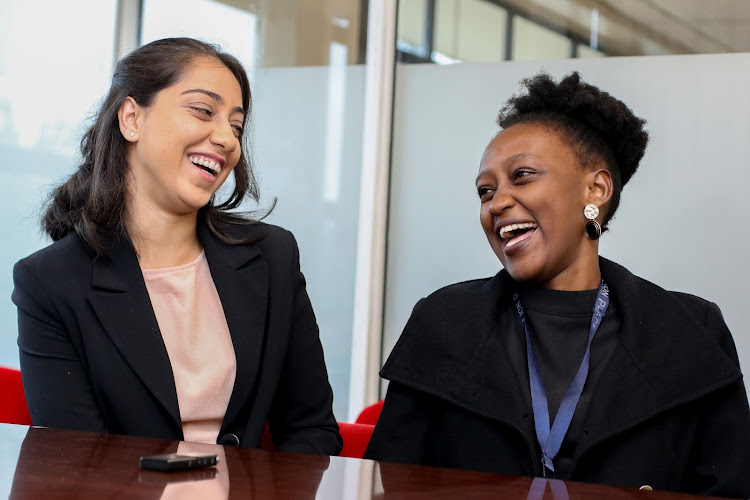 Maleehah Khandwalla and Catherine Penda burst into laughter during an interview with the Star at Lion Place in Westlands on June 13
Image: VICTOR IMBOTO

Excerpt: They came to the limelight as not only the first African students but also the youngest to win a global law competition: the John H Jackson Moot Court on World Trade Organisation (WTO) Law.

Air Force aviation engineer does it for God and country

Could this Kenyan give the world HIV cure?

Excerpt: “Within a few weeks, the HIV is completely gone and there is no rebound,” Prof Benson Edagwa, 37, told the Star in Nairobi.

Innovate or end up ‘tarmacking’: Varsity churns out job creators

These are the kind of articles that really give hope. People should read and internalise its contents and go take action

Reader by the username Lyc on the modern farming feature

Excerpt: “You find youths migrating from the rural areas to the city in search of work, yet they’ve left a shamba back at home because they were told in the town is where they will get jobs and money.”

Schools that used to shine in sports now dwarfed in games

Excerpt: According to teachers and other stakeholders, different goings-on are to blame for the dip in performance among the once indomitable schools. They cite lack of incentives, age cheating, poaching, academic pressure and change of management.

Excerpt: The research covered the social and economic impacts of dredging activities off the coasts of Kwale and Mombasa counties. It predicts a looming collapse of Diani’s beach-dependent tourism.

It’s time for Kenya to invest in medical tourism 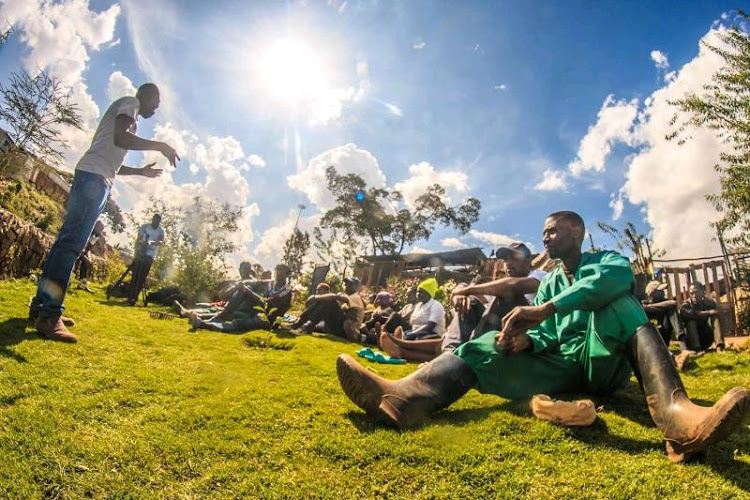 The change began as a ripple: How ex-gangsters created a park

Excerpt: “It was a mountain of garbage here, a thieves’ hideout. Men could pull you here from the road and God-knows-what would happen,” says Sarah Nyambura, 34, one of the women involved.

Excerpt: MCF’s work has inspired many and earned it multiple plaudits. Hollywood star Morgan Freeman flew into the country in December last year to interview the founder, Charles Mulli. The Academy Award winner travelled all the way from the US and spent time at the MCF.

Excerpt: Kenyan artiste MC Yallah, who made the lineup this year, agrees that the most noticeable aspect about the event is the ability to meticulously put together a festival without any A-list artistes.

Excerpt: “This country is heaven. This is heaven on earth. You are blessed with great weather. A vibrant private sector and well-skilled youthful workforce. But the government has been taken over by barons and cartels. Nothing moves unless the barons are part of it.”

Congratulations to the writers for delivering such memorable pieces, and thank you to the readers who took time to comment on them. If you missed any, feel free to check it out now. The beauty of a good feature story is that it is timeless.

Compiled by the Features Editor, whose works include ‘‘Handshake’ and Brexit through the prism of a wedding’ and ‘Chess coach Githinji Hinga’s endgame’

The bold and the bizarre found a home in the feature pages
News
3 years ago
Post a comment
WATCH: The latest videos from the Star
by TOM JALIO Features Editor
Big Read
19 December 2019 - 05:05
Read The E-Paper