Kenyan women do much more unpaid domestic work than men. This is disguised as traditionally female chores, such as cooking, washing and taking care of children 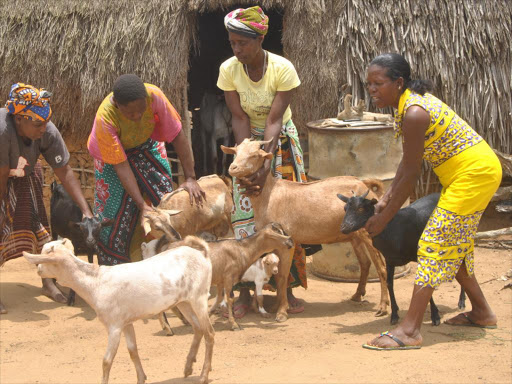 Kenyan women do much more unpaid domestic work compared to men. These works are disguised as traditionally female chores such as cooking, washing and taking care of children among others.
Image: ALPHONCE GARI

What is life going to be like for Mary Namunyak, born to pastoralist parents in Ololulunga area in Narok South early last year?

She will probably starve to near-death a few times in her life. Later, she may join the nearby Masaantare Primary School.

It is also likely she will fall pregnant before 13 years and drop out of primary school.

Narok county has the highest teenage pregnancy rate in Kenya, and many of the girls are often married off, usually to older men.

Although her name means “the lucky one” in Maa language, Namunyak is unlikely to be so lucky to ever catch up with her brother Leboo, born last month.

If Leboo goes to school, their lives will likely mirror the experience described in this year’s Goalkeepers Report.

Many girls like Namunyak will devote their lives to cooking, fending for their family and raising children. Basically, gender inequality stacks the deck against half of humanity.

Titled ‘Examining Inequality’, the report proves that although countries are making progress, girls and women still face more barriers that limit their progress in life, compared to men.

It challenges societies to remove these barriers to achieve the Sustainable Development Goals.

At adolescence Leboo, whose name means “born in the bush or outside the homestead”, will become more independent.

He will rely less on their parents, venture farther away from home, and probably join Loita High School, then go to college and get a job later in life, putting him in contact with the wider society.

She will devote her life to cooking, fending for her family and raising children.

“No matter where you are born, your life will be harder if you are born a girl. If you are born in a poor country or district, it will be even harder,” says the Goalkeepers Report, released last month.

It monitors the progress countries are making in meeting the SDGs, the 17 global goals that Kenya and other UN members adopted in 2015 to end poverty, protect the planet and ensure that all people enjoy peace and prosperity by 2030.

The life of many Maasai girls like Namunyak mirrors the experience described here in this year’s Goalkeepers Report.
Image: Goalkeepers 2019

An evaluation made by independent experts last month showed Denmark has made the most progress in meeting the goals, and Kenya comes at number 125 out of 162 countries, scoring 57.5 per cent.

The country is a step ahead of Rwanda, Tanzania, and Uganda. Burundi was not ranked.

The report shows the country is moderately increasing pace to meet most goals. This includes Goal 5, which commits the country to achieve gender equality and empower all women and girls.

A separate evaluation made by the SDGs Kenya Forum, a civil society lobby, and adopted by the State Department of Planning, shows says that meeting the targets of Goal 5 will be critical for Kenya in achieving the rest of SDGs.

But there is good news. Countries are making progress on nearly all fronts. The 2019 Goalkeepers Report says people are healthier and better educated than they used to be across the world.

The report is produced by the Bill and Melinda Gates Foundation as an annual report card on the world’s progress toward the SDGs.

“No matter how many times you hear the opposite, life is getting better, even for the very poorest,” says the report

"However, the inequality between districts in countries is massive.”

Gender inequality still stacks the deck against half of humanity.

“Where you are born is more predictive of your future than any other factor,” Bill and Melinda say in a commentary accompanying the report, adding that if you’re a girl, life will be even harder, no matter where you are born.

“We believe that’s wrong. Every person should have an equal opportunity to lead a healthy, productive life,” Bill and Melinda say.

This inequality is also inside countries, in spite of the overall progress that a country is making.

For instance, Unicef notes Kenya is on track to reach universal primary education.

However, there are huge disparities. Counties in central Kenya have more than 90 per cent primary school enrolment.

But in dry regions of Kenya, particularly northern Kenya, enrolment rates are extremely low and worse for girls.

“By 2004, in spite of the free education system, there was just less than one girl out of every five going to primary school and an estimated 33 per cent boys enrolled,” says Unicef. The situation has hardly changed.

Cultural practices such as female genital mutilation and early marriages are some of the factors that affect school attendance for girls. 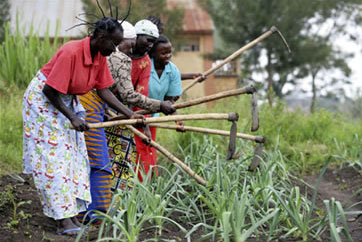 Kenya Land Alliance says although most farm workers are women, only two per cent of all title deeds in Kenya are owned by women.

Girls continue being disadvantaged even when they mature into adult women.

The Goalkeepers Report says even if girls, probably like Namunyak, luckily beat all those barriers stacked against them and get an education, they still encounter more obstacles than men. Their contribution to the economy is grossly underestimated.

The SDGs Kenya Forum says Kenyan women do much more unpaid domestic work than men. These works are disguised as traditionally female chores, such as cooking, washing and taking care of children.

Kenyan women also have the lowest land ownership rate in Kenya. Last year, a Kenya Land Alliance research study suggested that only two per cent of all title deeds in Kenya are owned by women.

A 2015 McKinsey Global Institute report found that $12 trillion could be added to global GDP by 2025 by advancing women’s equality.

The SDGs Kenya Forum calls on the government to accelerate women’s participation in economic empowerment activities, such as table banking, and access to soft loans with low-interest rates and suitable repayment terms.

They also call for joint titling of matrimonial property, and simplification of the succession process in Kenya.

“For social empowerment, encourage communities to come up with homegrown solutions, such as one mother taking care of several children, while other mothers engage in gainful livelihoods,” they say.

The Goalkeepers report calls on societies to even the odds for everyone.

“When that happens, the future won’t be predicted by random factors like where you’re born or how many X chromosomes you have,” says the report.

Post a comment
WATCH: The latest videos from the Star
by JOHN MUCHANGI AND FRANCIS ORIENY
Big Read
23 October 2019 - 05:00
Read The E-Paper