• It had all started when one year ago when the company that he worked for was sold to new owners. 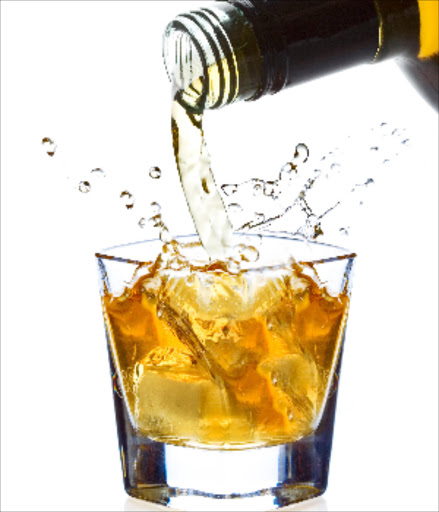 So what is it that had so profoundly affected our friend and turned the usually cheerful Wafula into a reserved, abrupt and morose man?

Well, it had all started when one year ago when the company that he worked for was sold to new owners.

Nobody gave much thought to this new ownership. All the employees just continued with their jobs as always.

But just recently, a friend of his in HR had hinted to him that shortly a redundancy exercise was about to take place. His friend could not confirm any more than that.

The timing could not have been worse

Five months ago, Wafula had taken a three year loan from his bank to purchase the Harrier that he was driving. He had also bought his lovely wife a car with a loan from his SAACO.

Wafula had worked for his employer for 11 years, applying himself diligently and gradually rising to his current position as the Head of the Credit Control Department.

And it was as the HOD of Credit Control that he got the email from HR addressed to all HODs. The email from HR said the meeting for the HODs on redundancy was on Tuesday at 9am in the board room.

They were to inform their juniors in their respective departments that all those to be declared redundant would be called into the HR office one by one starting on Friday morning of the same week.

They would each receive a  letter that would clearly state the reasons for the declaration of redundancy and the terms of the disengagement.

Between that Tuesday and that Friday, Wafula wondered whether or not to tell his wife of the possibility of his being declared redundant. He decided not to tell her. In fact Wafula did not tell any of his relatives not even his close friends.

He remembered six years earlier, when the Finance Manger of one of the companies within the group was terminated.  He did not inform his wife that he no longer had a job. The poor man would leave home every morning at the usual time but he would head to an up market cyber café where he would spend his whole day. He was afraid to tell his wife. He did this for 8 months before his wife discovered his secret quite by accident.

Wafula remembers laughing at the man. But now that he, Wafula, was facing the big R he empathized with the man. He also knew that there would be many who would laugh at him too.

If declared redundant, how was he going to tell his wife and children that daddy did not have a job? They lived a comfortable llfe in a very nice neighbor hood. The children attended private schools.

Where would he find another job? If he found another job he needed it to pay about the same as he was earning so that he could maintain the same Life style. Every Christmas in Mombasa with the family. The two cars. Club membership. The works.

The employees declared redundant experiencing difficulty in managing their emotions, needed assistance looking at their options career wise, or managing their finances etc were encouraged to see the Life Coach. Even if an employee who just wanted to sound off or vent, the Life Coach would be available. The company would be paying for up to five sessions with the Life Coach for each employee. Those services were available as soon as the letters were served.

Wafula received his letter on that Friday morning. He was stunned. He spent the rest of the day having an out of body experience.

Everyone in Wafula’s department was declared redundant.

He then remembered that soon after the new owners took over the company, a team of ICT experts had spent a number of weeks doing some work on the company’s IT System.

The company had automated its Credit Control function.

Wafula should have seen it coming but he did not.

He also remembered a conversation that he had with a friend of his. This friend worked in a leading bank and in a very senior position. His friend was back in school doing a Masters Degree in a different field from his first degree. He asked his friend .why not in the same field as hisr first degree? His friend told him that as he looked into the near future, he knew that his job would automated in the foreseeable future and he wanted to stay relevant in the bank. Hence his elaborate plan for acquisition of alternative skills.

Still not knowing how to inform his wife, that day, Wafula chose to drink himself into a stupor. He arrived home in the wee hours of the night.

He woke up the next morning with a mother of a hangover. He still could not tell his wife that he would soon be jobless.

The check he was to receive would last the family about 18 months-if they made certain drastic adjustments. Otherwise it would only last 9 months.

His hangover reminded him that drinking was not the solution. As he lay there nursing his hangover and thinking about how life was unfair, Wafula remembered hearing a speaker talk about comfort zones. She had said that many times when people do not garner the courage to step out of their comfort zones, life sometimes forces them out of their comfort zone so that they may grow. The Speaker talked about courage, facing fear, being positive and many other things. She had said that being pushed out your comfort zone is a signal that your life is destined for greater things.

As Wafula remembered some of the points from the talk, he started to feel a little better. He was just energized enough to make the effort to seek help. He immediately called the number for Life Coach and booked an appointment for the following Monday.

Mary, his wife and his last born son Babu walked into the bedroom.

He wondered why he had not done some serious thinking and planning for the possibility that one day he might have been on the list of those to be declared redundant.