The land of opportunity promises wealth and a new beginning for many Kenyans at a crossroads with needy relatives back home, but life in America is not a bed of roses

• They live in constant fear, cannot travel freely, and do odd jobs for a living, but many have overcome the odds to succeed 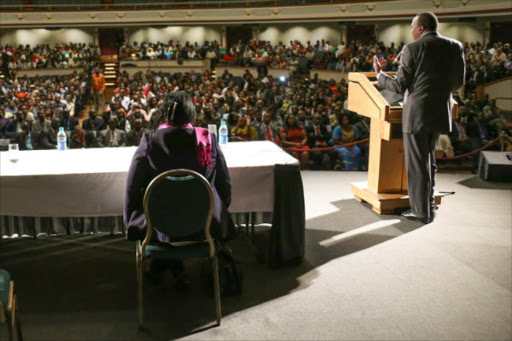 About 42,000 Kenyans are chasing the American dream under a cloud after their visas expired as many as 20 years ago.

Bloomberg reported in 2016 that 65 per cent of the 120,000 Kenyans in America have legal resident status, meaning the rest are ‘illegal’ immigrants.

From America, Elizabeth Mwarage examines the lives of some of them and shares their experiences.

THE COVETED US VISA

Along Gigiri Avenue in Nairobi is the American Embassy in Kenya. It is a modern building, towering above the posh Gigiri area. Right across it is the United Nations Offices in Nairobi. It is well secluded behind a high stone wall, visible surveillance cameras and security guards at every gate.

The intimidating long queues of people seeking travel visas and the stern faces of immigration officers is a story you hear from every Kenyan who has applied for an American visa.

To many, obtaining an American visa is one step of a long journey ahead. It is an opportunity that opens new horizons to an unknown world.

Like other immigrants from other parts of the world, Kenyans come to America to look for a better life.

I have fulfilled my dream. I have done odd jobs so that none of my children will do the same. Now that they are all working, I can go back home to retire

Josephine Kamau* (not her real name) is one of those who were lucky to obtain a visa. She came to America hoping to earn some money and go back home to her family. Twenty years later, she has not gone back. I met Josephine through a friend, and she shared her story.

Josephine remembers vividly the day she was scheduled for the visa interview. She says it was a dream come true. “I arrived at the embassy at 6am. The queue was long. As I waited for my turn, I saw many people leave the counter with tears strolling down their faces. I knew their applications were denied and I was fearful.”

Josephine says she said a quick prayer before proceeding to the counter. “The immigration officer did not ask much. He asked if I had a family and if I intended to come back home after my visit. I answered with a ‘yes’ to his questions and he approved my visa. It was my lucky day.”

Josephine’s husband helped her pack a small suitcase with a few clothes. At the airport, she promised her husband and her three children aged 10, 15 and 18, she would be back in a few months.

In the case of Josephine, life was difficult at home. Her husband was not working and her salary as a social worker was not enough to support their family. “My firstborn son Kevin had just completed high school and I could not afford his university tuition," she said.

"I had friends who were educating their children in the US. They suggested to me that the easiest way to get a visa was to attend a conference.”

Josephine took the chance and applied to attend a women’s conference that was to take place that year in Washington DC.

It was her first time on a plane. “I had never flown before and no one told me the food was part of the airline ticket payment. So, I did not eat anything along the way. Every time the food was served, I declined with a ‘no, thank you’. I had only $50 in my pocket, which I did not want to spend on food,” she laughs. When she landed at the JFK airport in New York, she was hungry and tired.

She stayed with a pastor for a month, who later connected her to a Kenyan family who lived in another town in Virginia. Josephine is forever grateful to the pastor. “I lived every day in fear. They were white, I was black. I thought they would report me to deportation authorities, but they did not.”

Richmond Virginia was to become her home for the next 20 years. The Kenyan family was kind enough to provide a room and advise her on survival means. She began with two jobs. She cleaned houses during the day and worked in nursing homes at night. Occasionally, she would dog-sit for an elderly family when they were out.

She later settled down to fulltime housekeeping after developing trust with a few families. She says the initial challenge was to get enough money to send back home and sustain herself. “When I first arrived, I did not choose jobs. I later specialised with housekeeping with a few rich families and had a stable income.”

Today, Josephine has educated all her three children through university and built a better house. I ask Josephine if she plans to go back home, to which she responds, “I have fulfilled my dream. I have done odd jobs so that none of my children will do the same. Now that they are all working, I can go back home to retire.”

Foreign cash inflows hit the highest point in June and May last year at Sh27.11 billion and Sh25.81 billion respectively.
Business
2 years ago

Josephine’s case is not isolated. There are many Kenyans who have not returned home for years. When one overstays a visa, they are categorised as ‘illegal immigrants’ and if they go back home, the American immigration law bars them from applying for a visa for up to 10 years. They, therefore, choose to stay.

Jonathan* came to America 12 years ago. He left his wife with two children and pregnant with the third. He says it was a hard decision to make. He was operating a ‘matatu’ (public van) transport business, which went bankrupt after a road accident and the van was written off.

A relative invited him and he got at a job at a nearby petrol station in Queens, New York. The last I saw Jonathan, it was a cold winter morning. Jonathan says he is waiting to complete some rental houses and go back home. “I have worked at this fuel station for 12 years. I cannot look for another job since I do not have a work permit. I plan to return home soon.”

“Soon” or “one day” are common words you hear from Kenyans who are not able to travel back home.

Margaret* came to America 10 years ago to visit her sister, who was a diplomat at the Kenyan Embassy. She soon got a job as a nanny, where she was earning about $1,500 per month (about Sh150,000). When her sister’s diplomatic assignment ended, she chose to stay.

She says she has no intention of going back home soon. She has been able to buy land and build her mother a new house. “It was very kind of my sister to invite me here. At home, I did not have a job but in America, I do. I can support my mother and siblings back home.” 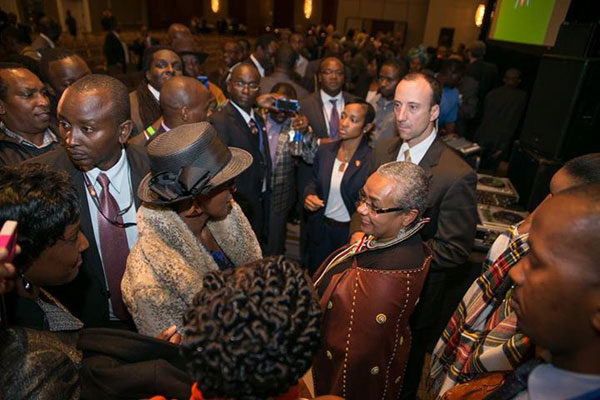 When one first arrives in the US, the only jobs available are in nursing homes. I was assigned the care of a woman who was old enough to be my grandmother. She was immobile. When I was shown how to put a diaper, I quit

I knew David* from home. He came to America right after the 2007 tribal clashes in Kenya and settled with a friend in Seattle, Washington state. He sought asylum and had been denied several times. In the meantime, he could work, but the only jobs available were not culturally suitable for him.

He says life in America is harder for male immigrants than women. “When one first arrives in the US, the only jobs available are in nursing homes. I was assigned the care of a woman who was old enough to be my grandmother. She was immobile. When I was shown how to put a diaper, I quit.”

David has since been granted asylum and works in the transport industry.

For those who have legal status, life is much easier, but not in the beginning. Steve* was lucky to win a green card through the diversity visa programme. He resigned his job at the bank and sold his only piece of land and a car to pay for the visa fees and the air ticket for his family.

At the JFK airport, he received a welcome package that had information on his way around. His cousin in New York hosted him with his wife and two children. Every day, Steve reported to the labour office to look for a job. A month later, he was hired to work at night as a porter at the airport.

Steve had hoped to stay at his cousin’s house for three months but was there for seven months before moving to Boston, where housing was cheaper. Steve says he was devastated and suggests that the government should have programmes that prepare Kenyans before they migrate to a foreign land.

“I was completely unprepared. No one told me what to expect. If I did not have a relative to host me, I would have been homeless,” he said.

I am happy back home. I am not coming back to that snow again. Money is not everything and you never get enough

After working for a few years, a few Kenyans gain the courage to return home. I met John* in church. He was invited for a visit by his sister. After being denied asylum, he decided to work hard, get some money to build a better house and go back home.

He worked day and night at a petrol station in New Jersey. Three years later, he had saved enough money for a business and built himself and his mother a better house. I called him in Kenya to find out how he is doing.

He is grateful that America helped him fulfil his dreams of having a stone-walled house. He says he has no desire to come back. “I am happy back home. I am not coming back to that snow again. Money is not everything and you never get enough.”

While the Bloomberg report looks at the Kenyans in the formal US l industry as hard working, the same is assumed true for those who work odd jobs and whose data is not available in the labour statistics.

It is the hardworking Kenyans like Josephine, Margaret, Jonathan and many other who deserve a higher-performance ranking. They must not only work harder to earn a boss’s favour, their choices of jobs are limited, they earn a minimum wage working two jobs and they do not get an official leave. These are the Kenyans who need a louder applause for the contribution they are making to Kenya’s economy at the expense of their own comfort.

I asked Josephine what she would say to any Kenyan who would like to come to America on a visitor’s visa.

“It is hard to convince anyone not to come to America,” she said. “This is not a bad country: you work, you get some money. No one should leave their children either. It was a difficult choice,” she sighs.

*The names in this story have been changed to protect identity.

Trump could kick 30,000 Kenyans out in January

An estimated 30,000 Kenyan illegal immigrants are now at imminent risk of being deported from the USA back to Kenya. On Sunday Donald Trump said ...
News
5 years ago

Thirty thousand Kenyans are at risk ofdeportation from the United States after President-elect Donald Trump entersoffice on January 20, 2017.  They ...
Opinion
5 years ago
by Elizabeth Mwarage
Big Read
11 October 2019 - 05:00