• Tourism and fisheries are the anchor economic sectors of Kwale county, where Diani is situated.

• Dredging activities for port infrastructure development have hurt these economic activities in the south coast. 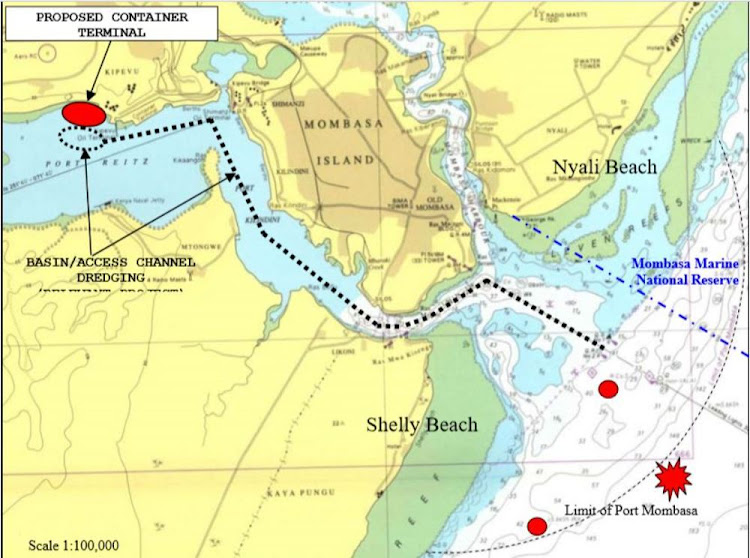 Players in the tourism sector are alarmed that Diani, a popular and globally recognised destination, is now staring at a bleak future as a world-class tourist attraction.

The jitters are fuelled by the results of a recent study conducted between July and September on ongoing dredging activities for port infrastructure development off the coast of Tiwi and Waa beaches. It found that they have negatively impacted economic fortunes off the south coast.

The research covered the social and economic impacts of dredging activities off the coasts of Kwale and Mombasa counties. It predicts a looming collapse of Diani’s beach-dependent tourism.

Tourism and fisheries are the anchor economic sectors of Kwale county, where Diani is situated. Tourism decline has been linked to reported degradation of aquatic and beach resources, discouraging visits to the destination.

“Diani Beach has been globally rated as one of the best beaches due to its clean white sand,” the report says. “Environmental degradation emanating from sand harvesting has the potential to erode the gains of marketing Diani as an international brand.”

The study paints an alarming picture of the future of south coast tourism. It describes how the government’s decision to allow sand harvesting off the coast of Diani clashes with its Vision 2030 grand plans to establish a Diani resort city as one of the vision’s flagship economic projects.

“Should sand harvesting in Diani continue for all phases until Phase VI, there will be no economic value left for Diani to be a resort city. (Vision 2030) envisaged Diani as a resort city on the basis of the global recognition of Diani beach as an international brand for beach products,” it says.

In October, Diani Beach was recognised for the sixth consecutive year as Africa's best beach in the prestigious World Travel Awards Africa, during a gala award ceremony held in Durban, South Africa.

While the ongoing port expansion constitutes a second phase of the Mombasa Port Development Project, it is also understood there are other planned Phases III, IV, V and VI, which includes Shimoni port development and Kenya Navy Port. The first phase was completed in 2016.

“If sand harvesting in Diani continues throughout all the remaining phases, Diani beach value and aesthetics will completely be eroded and destroyed,” the KAHC report adds.

Should sand harvesting in Diani continue for all phases until Phase VI, there will be no economic value left for Diani to be a resort city

'ILLEGALITY' IN THE PROJECT

Tourist players and the Kwale county government, among other stakeholders, have stated that the KPA conducted illegal dredging and sand harvesting, without carrying out an Environmental Impact Assessment (EIA).

According to the KPA, the phase II of port expansion only involved sand harvesting off the coast of Diani. The first phase had involved dredging to deepen and widen the port channel and the turning basin at the habour. It also includes dumping of dredged waste in offshore locations.

According to the KAHC study, sand harvesting is done within an estimated 4km offshore.

The heart of the controversy is that offshore sand excavation and dumping of dredged materials is claimed to destroy marine habitats (such as corals), fish breeding sites, seagrass and water quality, especially in areas commonly used for snorkelling and deep-sea diving.

The activities have been linked to erosion of beach value and its attractions, the key drivers of Diani’s beach dependent tourism. In turn, this has been shown to be making the beach less attractive, hurting tourism businesses.

“Hotels and tour operators reported to have sometimes received booking cancellations, especially from clients whose main interest was the beach products,” it says.

Speaking to the Star, KAHC coast region executive officer Sam Ikwaye said that by approving offshore sand harvesting, the government has demonstrated ignorance of the role of marine life in tourism sustainability and how the sector functions.

“We’ve had senior public officials asking hoteliers what the sand has got to do with tourists sleeping in a hotel,” he said.

“You cannot go to the Mara, for example, to pick sand or even animal carcasses because that’s how the environment there sustains and regenerates itself. It’s the same thing with underwater environment, so for tourism in Diani to continue being competitive, we require the aquatic habitat to be intact,” Ikwaye said.

He said while port development is important, the government needs to relook at development priorities, considering the regional equations of logistics and tourism contributions to the Kenyan economy.

“Most of our clients do not come to sleep in hotels but to enjoy beach-related activities,” Scalto chairperson Sally Mathenge said.

“Those who dive report that when they go underwater, there is nothing for them to see. The water is totally clouded,” she says, adding that business decline linked to the negative tourism experiences is hurting the over 8,000 people in south coast, who source their livelihoods from beach tourism and the related fisheries industry.

Kwale Governor Salim Mvurya is on record opposing the sand harvesting, saying that no public participation was done.

“He’s opposed to the illegal activity. Not only was a public participation not conducted but even the county government itself was not consulted,” he said.

However, the KPA is disputing these allegations, claiming they conducted due processes prior to dredging, sand harvesting and dumping of dredged material at sea.

“You know even according to international standards, the port cannot dredge or harvest sea sand without an EIA, even the international community will stop you,” KPAs head of corporate affairs Bernard Osero said.

He said the sand harvesting is now complete and the exercise ended a few months ago. But dumping “in the high seas” still continues, he added.