How workers hawk goods in the office to make ends meet

"Personally I don't like doing business in the office or in someones else business. But..."

• Otieno said he begun doing business vigorously with him delivering to people in different areas in Nairobi. 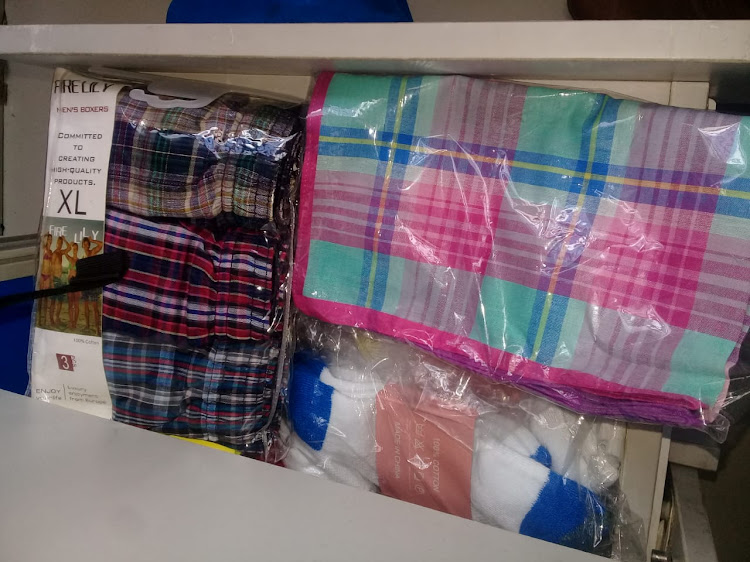 Some of the items *Mercy Njoki sells.
Image: NANCY AGUTU

As the economy sags and Kenyans struggle to make ends meet, side hustles are booming.

They have always been around, of course, but times are so hard that people are resorting to using their official workplace to sell clothes, shoes, jewelry, airtime, snacks among other items.

Side hustles in the office have truly become a survival tactic in this economy. They help put food on the table, pay school fees, house rent, water and power bills.

Is it ethical? Most hustlers say yes, as long as you do your work. Some don't care. Some employers allow it, some don't.

"It depends with the organisation's principles and guidelines," Deloitte economist Charles Karisa tells the Star.

The Star talked to some of the workers who narrated how they have turned their office work place to selling commodities in a bid to feed their families.

According to the International Monetary Fund , our economy is projected to reach the Sh10.1 trillion mark this year.

NO PANIC WHEN SALARY DELAYS

"The side hustle has really helped me a lot because the profit I get from the business helps me in paying my bills," Mercy Njoki* tells the Star.

Njoki who works at an IT company in Nairobi says that she begun selling a mix of clothes in the office because she was not earning enough money.

"Here, I earn approximately Sh40,000 . This money is not enough. How will I feed myself, how will I pay the bills? I must look for a side hustle," she said.

She tells the Star that she usually brings her stock towards the end and the beginning of the month.

"By this time, I know people have been paid and will not feel burdened to buy themselves personal stuff once in a while," she said.

She adds; "Also, I don't have to panic when the salary delays."

She advises people who do such businesses not to mix friendship and family with business.

"These two are the major causes of your business downfall. Don't be soft on your friends or you will sleep hungry," she says. I meet up with John Otieno* who is also not left out of the business struggles Kenyans are grappling with. Otieno works for an audit firm in Nairobi.

"I started this business after high school. I used to sell 'mtumba' alongside my mum," he says.

But he notes that the the business took a different turn when he got employed in Nairobi.

"I decided to do mobile and online business, I would just tell people that I sell shoes and clothes and they would want me to bring them some," he said.

Otieno said henceforth, he begun doing business vigorously with him delivering to people in different areas in Nairobi.

"Hapo ndipo nilikuwa naangukia biashara (That's when I made it in business). Most times a customer would refer others to me which really expanded my business," he says.

He notes that he has a social media account where he posts and the people who would view would want to buy. 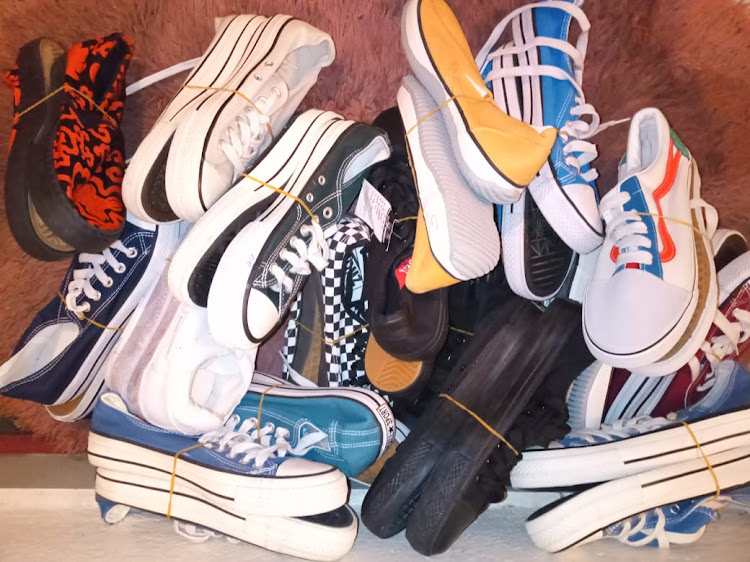 Some of the shoes Otieno sells in the office.
Image: /NANCY AGUTU

"Majority of my products are shoes for both men and women, I would consider clothes as well but there are difficulties in getting the right size and a nice touch for customers," he tells the Star.

But he notes that he does not like selling goods in the office for it is prohibited.

"Personally I don't like doing business in the office or in someone else's business. I started selling my shoes through colleagues who would view my status and ask me to come with the products for them to buy and also at times I would carry some pairs to the office for delivery once a customer has requested me to have them delivered at a certain time," he said.

"...and I don't have an extra trustful hand who can help me on that and that's how I would bring them to the office."

On challenges, Otieno says he gets late payments from consumers in the office .

"Customers  also bargain too much and time is also a big challenge," he says.

I go to Nakuru where I meet, Southern Mart Njeri*. She overwhelmingly shows me the variety of goods that she sells - from sweets, biscuits, airtime, to clothes.

"I begun this hawking business in 2017 after I realised that people take too much time going to the shops to buy sweets," she said.

Mart, as she is popularly known, said her idea to come up with these products was to save time in the office.

"So I started with sweets before getting to airtime and clothes. People in the office would come to me and buy these products. Sometimes I would get even calls from people on other floors," she told the Star.

Mart says that one of her challenges in selling the commodities is that office workers are the greatest debtors.

"People just consume the sweets without paying for them. In other instances, I have a book here where I write debtors. So once you take a sweet, you need to write down but people don't. Some just come, take a sweet eat and forget to pay," she said. 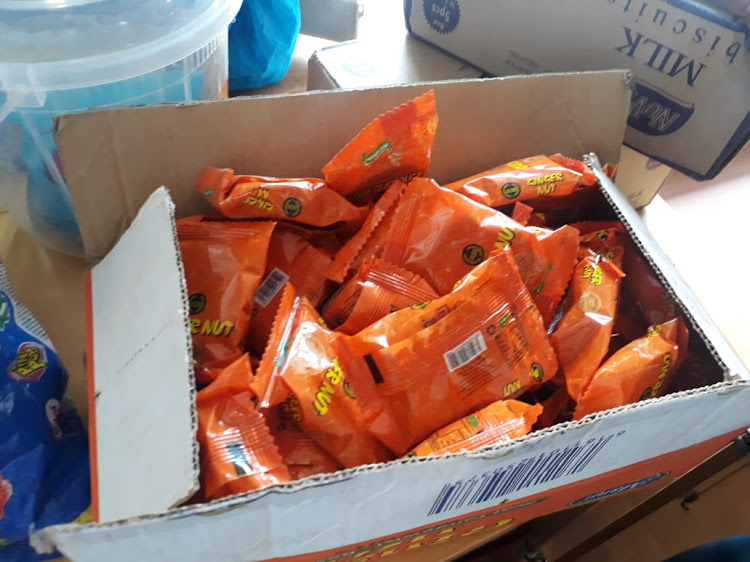 "Some people who were employed have also managed to resign and work in other places yet they know that they owe me a lot of money."

She adds that she is not always available at work so she has to give somebody else the responsibility of selling her products.

"Plus transportation to the office is a nightmare. Sometimes you sit in a matatu and people look at you suspiciously," she said.

She tells aspiring hustlers not to shy away from starting a business anywhere as long as it can bring money.

"Don't shy away from trying. At the start you won't get many customers and go for days without selling but once the business picks, you'll give yourself a pat on the back . Patience pays," she said.

Not only do people sell clothes or jewelry but also eggs in the office.

I meet *Wanjiru Kiarie who works as an accountant in one of the banks in Nairobi who narrates her story on how she begun selling.

"I started selling things in high school. It has always been in my blood to get a side hustle," she told the Star.

Kiarie said she used to sell biscuits in school but ensured that she was not caught by the teachers.

"Dad could only give me Sh200 for pocket money so, I would  tell my mother to buy me biscuits. These biscuits were not for my own consumption but I was to sell them and get money," she said.

She notes that once she ran out of the biscuits she could go for games and buy other boxes of which she could sell.

"I used to get even Sh 1,000 profit. This helped me with buying clothes and even making my hair," she said.

With the blood of side hustling running in her veins, Kiarie said in college she did not have much time to sell until when she got a job at the bank.

"Here, I started selling crates of eggs. I do poultry farming so I figured out that people would love eggs in the office," she said.

"I started selling the eggs two weeks after I was employed in 2017. The business grew bigger than my production." Kiarie told the Star that she used to get Sh 3,000 profit daily. In a month she would pocket Sh 93,000. That is when the amount is constant. But she notes that on a good month her profits would reach Sh 100,000.

"The money I am being paid here is less than Sh 60,000. With this economy, my side hustle is doing wonders," she said.

Kiarie who also sells shoes noted that some of the challenges that she has been going through are that of debtors.

"For eggs, customers would pay but for shoes, we have people who take and not pay for them. They lie to you that they are waiting for their salary but when the time comes, they forget," she said.

She also notes that transporting her commodities became hard when she started selling too many eggs.

"My customer base grew bigger. Because at times I would come with many crates of eggs but before I get to the office, a retailer buys them at the parking lot," she said.

Finally I meet *Akinyi Auma who narrates how she goes to Uganda to bring clothes for her customers.

"My commodities come from Uganda where I get them at an affordable price and sell them at a higher price," she said.

Auma who works as an office assistant said she begun selling when she was in campus second year.

Noting that she gets a profit of Sh7,000 a month, Auma said when she got her job she realised that the amount she was being paid was not enough.

"I am paid Sh 50,000. With the economy doing badly, this money is not enough so then I decided to start selling again in the office," she said.

With the economy doing badly, this money is not enough,"

"I know that its not proper to sell in the office but again, we are not sure about the rules and the regulations."

Auma notes that some of the challenges that she has faced since she begun hawking was disappointments from customers.

"Somebody orders for clothes, you bring it but then when you approach them, they tell you that they are no longer interested. Who does that?"

"Its not easy to go to Uganda, get a yellow fever clearance, book a hotel and get clothes only for a customer to change his or her mind."

She says that false promises, debts, time constraints have also been some of the challenges she has faced doing the business.

Economist Charles Karisa tells the Star that most Kenyans resort to selling in the office due to the struggling economy.

"They want to earn an extra coin. The economy is not doing well as you can see so I would not blame them if they go for that alternative of selling within the office," he said. 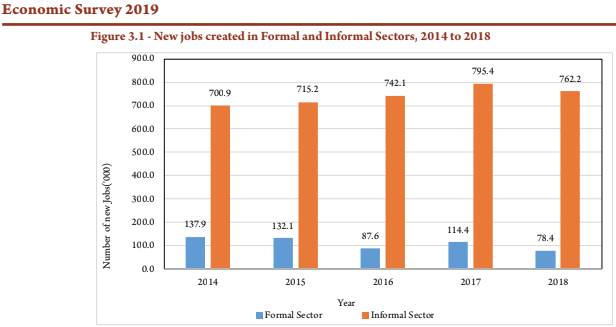 Karisa noted that people who sell  within organisations, do it to people that they know and can network with.

"If you feel like employees are not earning enough, then you need to pay them more."

He said that it might not be ethical for other companies to allow such behaviors but noted that Kenyans need to earn a living.

Karisa says everybody should try and earn a different living even though sometimes its illegal at work place.

"Organisations should also set guidelines if you feel like employees are not earning enough, then you need to pay them more so that they stop these hawking behaviours," he added.