Dilemma of reclaiming dowry after separation

• Communities have varied guidelines on whether, how it should be returned after split 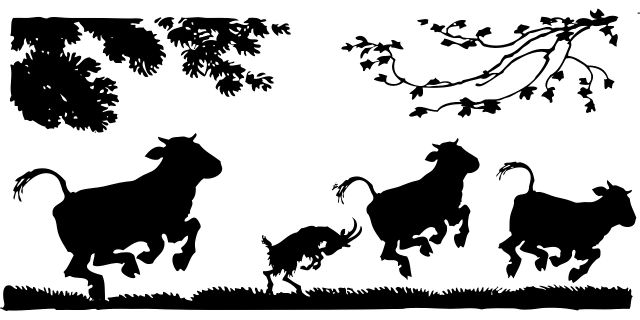 News anchor Trevor Ombija recently disclosed how he was dumped by his girlfriend, whom he had just paid dowry for a few months earlier.

Ombija shared his biggest heartbreak after he was left by a woman he had been in a relationship with for 10 years.

"I actually took dowry to her home on December 5, 2015, then akaniacha. She said she needs to find herself," Ombija said.

Many asked whether Ombija went ahead to demand the dowry back since their marriage plan did not materialise.

"That's being petty, I left it. But we are still very good friends. Ground haitaki makasiriko," the anchor said.

Ombija’s story opened a Pandora's box on whether dowry paid to the woman’s family should be reclaimed or returned when the couple go their separate ways.

Also, do Kenyan communities allow one to reclaim or return dowry? And what are the repercussions of taking back the dowry?

In 2017, Victor Mwakio got engaged to his lover, having dated for three years.

Theirs was a long-distance relationship, which survived the ups and downs that come with being apart.

“We started dating before I left for the US, but I would come back for long holidays,” he said.

After a few years, Mwakio decided to take their relationship to the next level by marrying his girlfriend.

But before the much-anticipated wedding, the couple had to undergo “wupe”, which is a dowry payment ceremony among the Taita community.

When he came for his annual holiday, they went to the girl’s family, where they were asked to give 15 cows and 40 goats, among other things, as dowry.

In Taita customs, the groom is at liberty to pay the dowry in instalments or fully as he deems fit.

Were it not for elders from his side, Mwakio would have paid the entire dowry as he wanted to be “debt-free” by the time he marries the girl.

The couple was later married but three years down the line, they were not blessed with a child.

That marked the start of their fights and with time, the distance between them grew significantly.

Although still married on paper, the couple went their separate ways a year ago.

Don’t judge a woman by her motherhood - Millie Odhiambo

So, did Mwakio seek for a return of his dowry? The divorcee confesses that he has been in a dilemma about it.

“On one hand, I feel it is way too low for me to ask for it since I genuinely loved the girl,” he said.

“I sometimes feel like asking for it but then I remember we are still married and maybe one day we will reconcile.”

Mwakio said his predicament would have been easier if children were in any way involved in the separation.

Venant Mwachofi says in the Taita community, after separation, the dowry secures the father’s presence in his children’s life.

“Normally, the mother moves out with her children, but with the dowry in place, the father’s place in his children’s life is assured. The children’s surname will remain their father’s,” he said.

When divorce comes knocking on your marital bliss

In the Kamba community, the journey to reclaiming dowry from the bride’s or wife’s side is long and tedious. It needs a special kind of grace to accomplish it.

Andrew Kilonzi says there are two ways for a man to receive back the properties.

“Dowry in Kamba is mostly paid in terms of livestock, and the amount of livestock varies from family to family,” he said.

Kilonzo said after separation, the wife and elders from her side might first express their wish to return the dowry.

This is done by sending the elders to tie a goat at the husband’s house and letting the husband’s family know of their intentions.

This is then followed by a sit-down between the elders to agree on whether the dowry should be returned entirely or partially.

The second option is the one initiated by the husband and his family.

Kilonzi said this is where the elders from the husband’s side are sent to the wife’s home to inform them that they have returned the “girl” and also to tie a goat in the homestead.

The elders also inform their in-laws of the intentions of asking back the dowry.

“After this, both families meet at a level ground, where the intentions are laid bare. After the discussions, it is the wife’s side to decide whether to surrender back or not,” he said.

Depending on the family, the return may take between a few days to years.

The situation is, however, different when children are involved, since returning of dowry symbolises that the man has surrendered his paternal rights to the wife and her family.

“Take note that a woman’s family cannot accept dowry from another man as long as they have not returned the initial dowry from the previous husband,” he said.

Allan Kinyanjui says in the Agikuyu community, a woman who intends to remarry must return the dowry to symbolise the ending of connection with the first husband’s family.

This is mostly applicable if the couple did not have children.

If they had children, a ritual to cut the cord with the husband’s family is done by the elders. This also indicates that she has been accepted back into her father’s compound.

“If a man demands or accepts the return of dowry when they have children, then he loses all the rights over them,” Kinyanjui said.

Returning of dowry symbolises the ending of the connection between the two families.

When a man demands repayment of the dowry, Kinyanjui said it is the elders from both sides who decide on whether his grounds are substantive to warrant the return or not.

The return can only be approved if both parties are no longer interested in their union and there is no hope of amending the broken relationship, or if there is domestic violence and the woman’s family wants their daughter back.

If it is the man’s family who decided to send the woman back to her parents, then the cost is on the man’s side and the dowry is not returned fully.

The elders can also refuse to return the dowry if it is simply determined that the man does not want responsibilities.

Kinyanjui said once the dowry is returned to the man, the woman and her children become part and parcel of her family.

“The woman’s father is expected to treat her equally to her sons. The children’s bloodline is no longer with the in-laws but with the mother’s side,” he said.

In the Luo community, there are also two circumstances in which dowry can be returned to the husband’s family.

One is when the wife decides on her own that she is fed up with marriage, then she can proceed to ask her brothers and uncles to return either the livestock or money paid as dowry.

This is mostly done when the woman wants to remarry and does not want to be tied down to the previous husband.

The second instance is when a woman deserts her marital home and the husband is very certain that she will not be coming back.

The man is then allowed to send his people to go and pick the cows at his in-laws’ homestead.

Some men decide to be civilised by meeting with the in-laws prior to the collecting of the cows to declare the marriage irredeemable.

“The husband’s people arrive very early in the morning and are not allowed to sit or eat. They come with their own ropes as per the number of cows they brought,” said a woman from the community who requested anonymity.

In the Luhya community, generally, it is taboo for a man to face his in-laws and demand for a return of the dowry he paid.

The couple remain attached to each other until death do them part.

In Luhyaland, it is common for the husband to go and claim the body of his wife even if they have been separated for several years.

To this community, it is normal for a wife to be buried at her former husband’s home since they are culturally bound.