Citizens need to know what she witnessed during Uhuru's stay in State House, he said 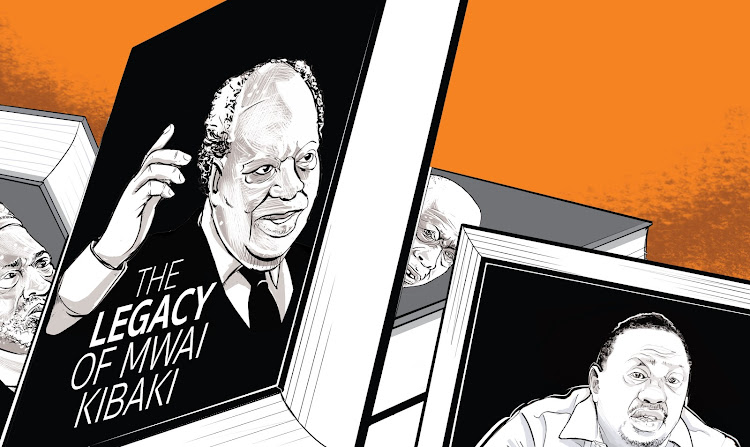 Outgoing President Uhuru Kenyatta's spokesperson Kanze Dena has been urged to expose what happened behind the cameras during her boss's time in State House.

Uhuru's term is coming to an end after 10 years in power, during which he fell out with his deputy William Ruto after his handshake with bitter nemesis Raila Odinga, only for Ruto to beat Raila in the race to succeed him. Raila has disputed the results.

Kanze Dena was appointed in 2018 to head the Presidential Strategic Communication Unit, serving for the better part of his second term. She was plucked out of the media, where she was a renowned Citizen TV anchor.

Lee Njiru, who served as President Daniel Moi's press secretary and has since written a tell-all book, Presidents’ Pressman, urged her to also document the intrigues of her tenure.

Speaking during the launch of his book in Nakuru, Lee Njiru said people from different spheres of life should consider sharing the information they might have through writing a book.

“I call upon others who are here and the heads of the President's Press Service to also consider writing a book,” he said.

“Kanze Dena should write a book and lift a lead on what she has witnessed during President Uhuru's stay at the State House. The citizens need this information.”

When an old person dies, a library burns to the ground

I decided to tell my story so that citizens are not lied to by the magnanimity of what they think is State House. Behind the scenes is bigotry, ethnicity, backstabbing and pain

"Thank you for helping me write history. I do not take it for granted. And for PSCU, they want to say a special thank you because you have enabled them to carry out their mandate," she said.

She was speaking during a prayer and worship service last month to mark the First Family's successful 10-year tenure.

In Presidents’ Pressman, which Njiru says was inspired by the need to demystify State House, the now ageing-but-articulate pressman details behind-the-scenes dealings at the house on the hill.

The book, which he says took two years to compile, aims to reveal what really happens there besides the glamour and power that characterise State House.

“I did not think I had the capacity to write a book, but after some of my friends implored me to do so, I decided to tell my story so that citizens are not lied to by the magnanimity of what they think is State House. Behind the scenes is bigotry, ethnicity, backstabbing and pain,” Njiru said.

“It took me a lot of time to decide what I was going to write without revealing too much. I even contemplated asking for input from some people. I, however, resisted the urge to alter any information but to write what I witnessed, and I can say all that I wrote is true.”

Njiru said he wrote the book to make young people understand the need for tenacity. To focus on the objective tenaciously and to avoid tribalism but rather become a citizen of the world.

He urged politicians not to stir ethnic animosity during elections. He also implored the electorate to vote for whoever they want in peace and not to let any politician use them to gain political mileage.

Speaking after the launch of his book, Njiru said ethnicity is the worst enemy that has affected Kenya, and it is time to uproot the scourge.

"I ask our politicians, if you want to become the President of this country, you must be aware that all Kenyans want is to feel that they belong to this country. We should not have a scenario of big communities and small communities, we should all be Kenyan," Njiru said.

"Let's stop using demeaning words against other tribes whether big or small. Whoever practises tribalism is half-dead. If you are within the borders of Kenya, you are a child of Kenya.”

He also urged journalists to be objective, especially when reporting on political topics, and to give an equal and enabling environment to all candidates to put their agenda across.

‘Be neutral or declare your interest’

Njiru is a career civil servant, who served for 46 years. He briefly served founding President Mzee Jomo Kenyatta then as the head of Presidential Press Service to his successor Daniel Moi.

The launch was attended by Prof Egara Kabaji, Justice Joseph Kamau, who was the chief guest and Mt Kenya University founder Prof Simon Gicharu among other notable people.

The book was published by Kenya Literature Bureau and is retailing at Sh2,500.

There’s political and media freedom, yet many are losing faith in elections
News
5 months ago
‘Presidents’ Pressman’ or ‘Dictator’s Pet’?

156 individuals were conferred with the Order of the Grand Warrior of Kenya.

She said Uhuru has also cracked the whip on corruption going by the number of public officers charged or fired.

Kanze Dena's passionate prayer for Uhuru as he retires

"Thank you for helping me write history and I do not take it for granted," she said.