• Disturbingly, the culture of impunity and excess carried over to subsequent regimes 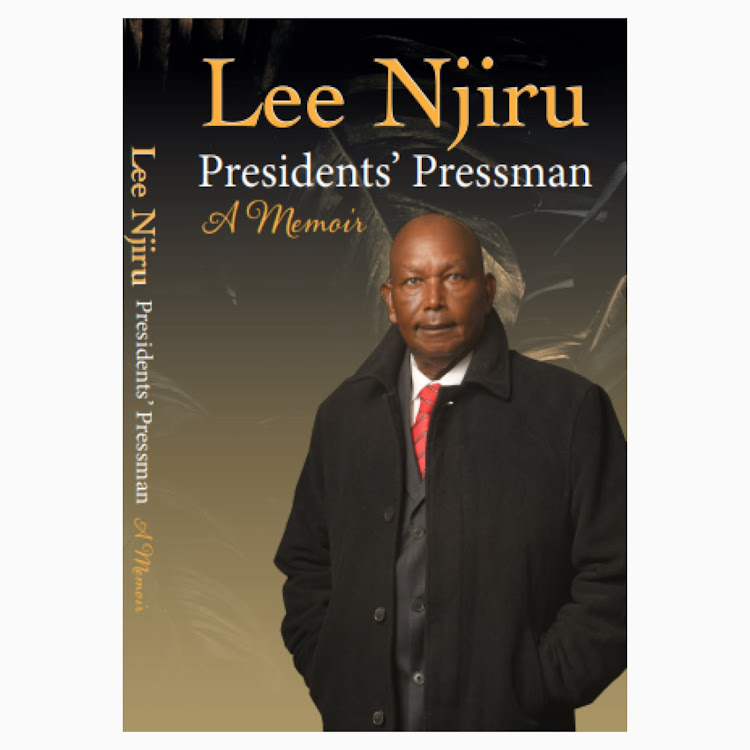 Lee Njiru’s memoir, Presidents’ Pressman, raises an intriguing philosophical question: Should those of us who are employed only agree to work for employers of impeccable morals? And, by extension, what degree of immorality will we condone if we choose to stay on the job?

So, imagine a 10-point questionnaire. You have landed a secure, well-paying job. Answer yes or no whether you would resign immediately once you discovered that your boss was one of these random options: A wife beater? A sexual predator? A money launderer? An alcoholic? A paedophile? A racist? A tribalist? A serial liar? A serial thief? A serial murderer?

It is this “work only for the worthy” debate which is likely to inform many readers’ response to Njiru’s book. At a further tier of reflection, it has a bearing on whether the morality of the givers should be the index for accepting lofty appointments, awards and honours. And at a less lofty level, should the good walk out of any social gathering, in disgust, the minute they notice the bad standing or sitting beside them? We are very much in “who will cast the first stone?” territory.

As the title suggests, Njiru was press secretary to two of Kenya’s Presidents: to founding father Jomo Kenyatta for a year and a half, and to his successor Daniel arap Moi for 43 and a half. It is to Moi that critical assessment has subsequently accorded the description of dictator. There could be those who, knowing that, feel that, perhaps, a better title for his book would have been Dictator’s Pet — a repellant in the shop window.

However, to read Presidents’ Pressman from a heightened sense of self-righteousness would be to miss out on its basic challenge. Because as a genre, memoir is, by its nature, subjective. By this token, Njiru’s book is worth reading for what it does reveal, most significantly, of the inner workings of Moi’s presidency, which lasted 24 years in all. In the process, it confirms our worst fears but, more disturbingly, it suggests that the culture of impunity and excess of that time may not have been abandoned by subsequent regimes. Indeed, material incitements to loyalty, misuse of public funds, cut-throat rivalries, self-serving machinations, excessive alcohol consumption and frequent recourse to witchcraft, all persist to this day among our purveyors of political power.

Surprisingly for a tell-all narrative, Njiru writes to elevate rather than denigrate his employer. With ethnicity as a key ingredient of African politics, Moi was a Tugen from the Kalenjin cluster and Njiru was a Muembu, from Runyenjes. Yet, in his own estimation, Njiru served Moi with unswerving loyalty and Moi reciprocated with unswerving support. This often turned out to be the source of Njiru’s tribulations from opposing directions, with some who considered him a despicable sellout and others a sly profiteer.

You are invited to empathise, first with the boss. Imagine that, when you are Vice President, those from the ethnic majority of the President dismiss you out of hand with repeated displays of contempt. Efforts are made to ensure you never become President. When you do, you begin with reassuring pledges to walk in the footsteps of your predecessor. However, for all your displays of level-handedness, you are subjected to an attempted coup. Thereafter, you become increasingly paranoid, relying on handouts for allegiance and on being cosseted by your fellow tribesmen for a sense of security. And what else are you to do but to deal ruthlessly with your perceived enemies to hang on to power? World history is replete with similar conduct.

Moi was not tribal, it was a misconception - Lee Njiru

Now, on to the scribe. Imagine your young self as a dishwasher in a hotel, who is obliged to scrape off the remnants on pots and pans for a meal. You are a clever lad and, with your good exam results, you head off to the gold-paved streets of Nairobi, the capital city, to become a pioneer student of journalism. You become linked to the first and then second President of the country by dint of professional circumstance. You become a constant mover in the corridors of power for 25 years. You mingle with the high and mighty in exotic locations. You fend off your enemies with thick-skinned resilience, all the while feigning foolishness whenever you are in a tight corner, as well taught by your boss. And, ultimately, you do very well for yourself, thank you. So much so that you end up owning a forest-lined property, which you variously describe as your establishment or resort. Not bad at all for a poor boy made good.

So, those who, from this broad summary, think that Lee Njiru should have resigned after the first manifestation of moral impropriety from Daniel arap Moi say, “Aye!” Of course, the ayesayers should stick with their conviction and ignore his book. But those who believe that the colour of truth is neither black nor white, but tends more to grey, definitely should. Njiru’s rags-to-riches story is told matter-of_factly and, like almost every homegrown publication currently hitting our bookstores, it could have done with more meticulous proof-reading and tighter editing. That aside, readers are sure to learn more than they had bargained for by making a non-judgmental decision.

Don't tell us you would rather die than resign again, MPs tell Kimunya

Kimunya's words returned to haunt him during Duale handover.
Siasa
2 years ago

Njonjo supervised construction of Nyayo torture chambers
Opinion
1 year ago
How an ethical crisis takes shape in the workplace
Post a comment
WATCH: The latest videos from the Star
by John Sibi-Okumu
Books
19 August 2022 - 03:00
Read The E-Paper