When an old person dies, a library burns to the ground

• Njonjo is full of insights about Mboya, Jomo and Moi but may take them to the grave 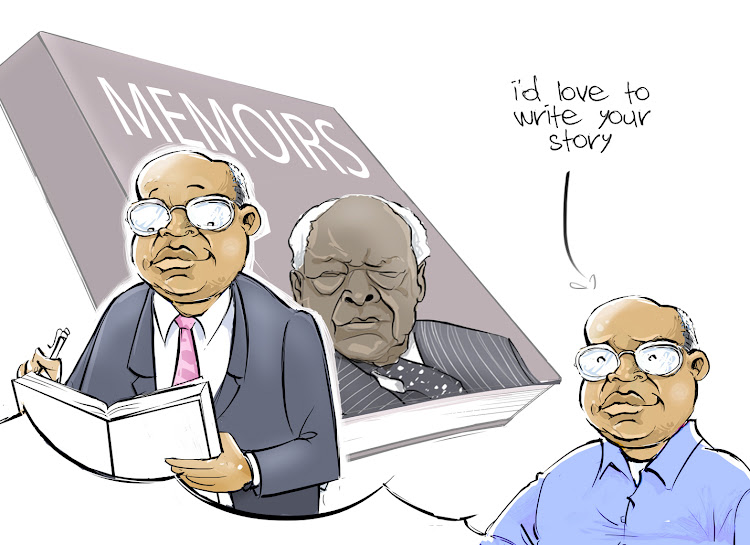 Editor's note: This story was first published by the Star on October  17, 2021

Like many people, I am in the terrible habit of dipping into social media and news sites first thing in the morning, sometimes even before I am fully awake.

On Sunday, the first thing I saw was a Facebook post by a usually reliable source, telling the world that Charles Njonjo had died.

I immediately felt sad, and not just because I consider him a personal friend and have known him and his family most of my life, but for purely selfish reasons.

Fortunately, the next post I read was from another old friend apologising for having posted about the demise of Njonjo without first checking, only to realise that in the misquoted words attributed to Mark Twain: the reports of his death had been greatly exaggerated.

For me, this means there is still time to try and convince the old man to put the story of his life down on paper, if he hasn’t already.

According to the proverb, when an old person dies, a library burns to the ground. I have always had an interest in the stories behind the stories of independent Kenya’s political history.

Njonjo is one of the last central figures of Kenyan history with a view of events from before and after Independence.

I would love to know much more about his friendships and interactions with people such as Tom Mboya, whose best man he was. How did the friendship start? Where did they meet?

How much of their close work together on various legal, political and constitutional documents that shaped Kenya for years was their own idea and how much was on instruction from elsewhere?

I would love to know what his relationships with the members of Jomo Kenyatta’s inner circle were like. I have it on good authority that some of them hated him but were too scared of him and his power and influence, including with the old man, to do anything about it.

Could he tell us about life during the first five years of the Moi presidency? What really made him go into politics and who were the personalities that engineered his falling out with his erstwhile friend?

When they made up years later, was it ever quite the same or had something died? How did they keep their personal issues and business relationship separate during those years?

Did he really ever have files on political opponents as many claimed and he never really confirmed or denied, or was that an elaborate but wildly successful political subterfuge to keep the political troops in line?

If it was, then it was as successful as probably his best-known bluff from October 1976. This came when he warned politicians who were calling for constitutional changes dealing with presidential succession that it was a criminal offence punishable by death for anyone “to imagine, devise or intend the death or deposition of the President”.

I remember in 2006 at the launch of the now-deceased Sir Andy Chande’s autobiography in Nairobi, I asked Njonjo if he would ever consider writing his memoirs, and he laughed and said never.

One of my uncles, who was friends with Njonjo, also swore blind for years that he’d never write his memoirs, but in the end, he did. The thing is I don’t know if he ever persuaded his friend to do the same.

Maybe now that he doesn’t appear to be going anywhere in a hurry, he might pause and think about whether he wants to be another burnt-down library when the time comes or if he would prefer to share his wisdom and knowledge with those left behind.

If you read this, sir, feel free to get in touch. I'd be very happy to help you with the story. Who knows, it might launch me down a new career path.