Guardian Angel is fine even without children

Guardian said a child is a bonus in marriage 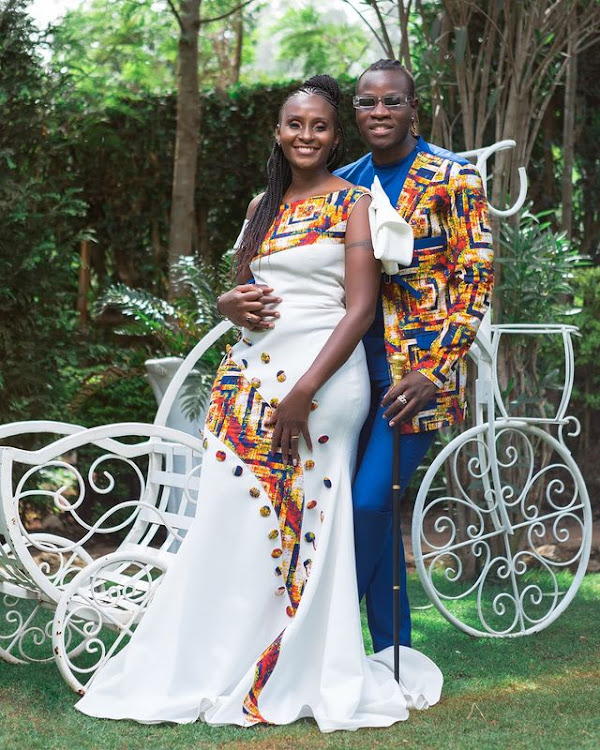 Gospel singer Guardian Angel and his wife Esther Musila say their love is beyond having children.

Speaking in an interview with Plug TV, Guardian said a child is a bonus in a marriage.

"Children are a blessing from God. A child is a bonus and if we get one, it’s fine, if not, we will still love each other," he said.

"Assuming I married a younger lady and due of one reason or another she fails to conceive, would it be fair to walk away? Should she also walk away if I cannot sire children?”

Esther, a 52-year-old mother of three, added that people should not focus on what is not their business.

"Even if we don't get one, it's our business and not anyone's. Si wa society," she said.

The couple has occasionally been questioned on the possibility of having children after formalising their marriage early this year.

A few weeks ago, Guardian blasted a fan for saying his wife cannot give birth due to her age.

Guardian also acknowledged that he is short-tempered but has learnt how to manage that by apologising first.

"Sometimes, we clash but it is often short-lived. I apologise quickly but that was not the case before. At times I even apologise when she is wrong just to ensure there’s peace at home," he said.

Guardian said a few people who were against their love have apologised for being mean to them.

"I have also blocked quite a number," he said.

Esther said being friends has helped make their marriage easy.

You are the author of your own story, she believes
Sasa
4 months ago