He told his friend 'Usituweke sana' after previous marriage failed 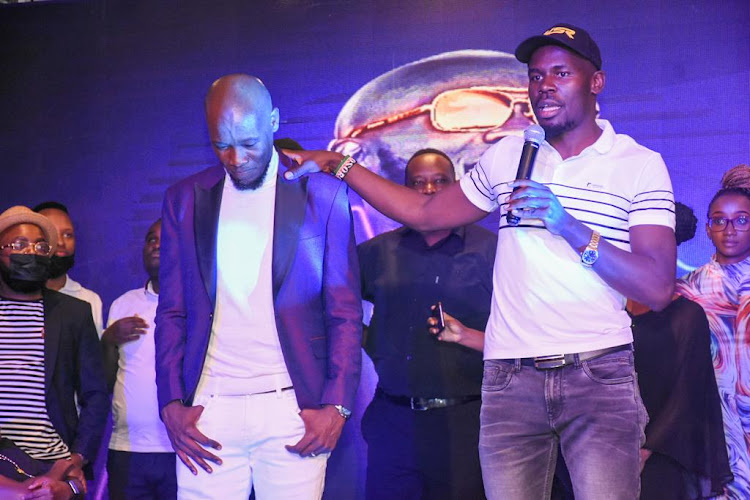 Osoro said he was devastated after Owen was left.

"I can't believe this is Owen. In December he came to my office and I felt so bad. I had a bigger problem than him, but I had to shed a tear, his life wasn't looking very okay," he narrated.

Osoro, who is also Owen's lawyer, said he had to distract Daddy Owen to prevent him from sinking deep into depression.

He did this by taking him to South Mugirango constituency and giving him tasks to do.

"It has been around 10 months and I have seen a transformation in him. I had to distract him. I took him to the constituency, gave him a road to build," Osor said.

"I see he is back on track and I am very happy today."

We have accepted what happened. There are many beautiful girls here, usituweke sana. Pick one, there is a stage here, a pastor

The MP further told Daddy Owen to move on and get another wife.

"Now that pastor is here, I see many people here, there are many beautiful girls here, usituweke sana. We have accepted what happened. Pick one, there is a stage here, a pastor," he said amid cheers from the crowd.

Daddy Owen's album draws inspiration from his journey as an artiste and minister in the gospel music industry as well as his 40th birthday, which he celebrated earlier this year.

Owen has partnered with Safaricom to have the songs on its Baze content platform.

He said the songs in the album are about bringing a message of hope and inspiration.

"The thing about life is that the older you get, the wiser you become, and having spent close to two decades in the gospel music industry, this album is about reflecting how far God has brought me," he said.

"It’s also about giving the fans something uplifting during a time when people have lost hope and are seeking to turn a new page."

The event was attended by different media personalities and artistes.

Burale: I will revenge in bedroom for nine-year drought

He once ate toothpaste for dinner, now keen on wife after last one lasted a year

One man agreed to 15 cows, 40 goats only to fall out with childless wife

The Bible says one man can have up to seven women, he said