• Comedian said although she is expensive, bringing him to Kenya was his dream 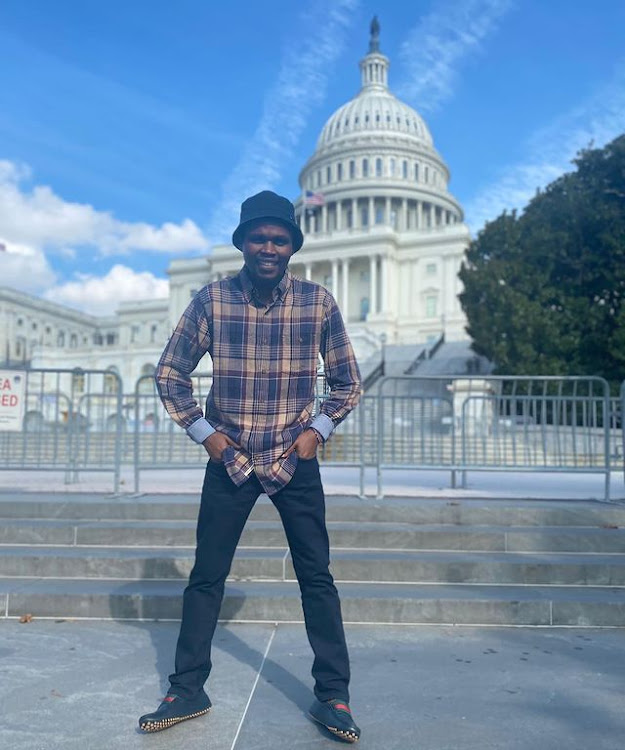 Comedian Chipukeezy in the US
Image: courtesy

Comedian Chipukeezy paid Ugandan Anne Kansiime more than a million shillings to grace his show in 2018.

He hosted an array of comedians from across the East African region in a fun-filled event at KICC.

Speaking to Word Is, Chipukeezy said although she is an expensive artiste, bringing him to Kenya was his goal and dream.

"We paid her more than a million. She is very expensive, she is paid like five million or more," he said.

"Just know between one million and five million and she did that for me. She had never even performed in Kenya, and so it was a favour for a friend and so I will forever be grateful for that."

"Some hire us but they don't pay us that much. They give us alcohol and women and Sh20k or Sh50k."

Chipukeezy said he paid the amount despite not having enough then since he would also want to be paid the same.

If I want someone to ever pay me a million bob, I have to pay it to someone who I feel deserves it as well

"If I want someone to ever pay me a million bob, I have to pay it to someone who I feel deserves it as well," he said.

"Kansiime deserves that money or even more. She is an amazing African stand-up comedian."

He borrowed the money from a few of his friends and brought her with another powerful lineup.

"Being a Kenyan comedian is the hardest thing and so then, I didn't have the money but I hustled here and there. I put together what I got from my friends and hustled from some gigs," he said, adding that there was an option of keeping that money.

"It was my goal and dream to bring her here. I met her in Rwanda and then, I couldn't even speak to her fluent English. She encouraged me and I told her I would one day work with her."

Chipukeezy returned to the country a few days ago after a successful US tour last month, performing alongside other stand-up comedians from Africa.