Diamond did not chase his mother's lover

People are assuming it from his absence on her posts 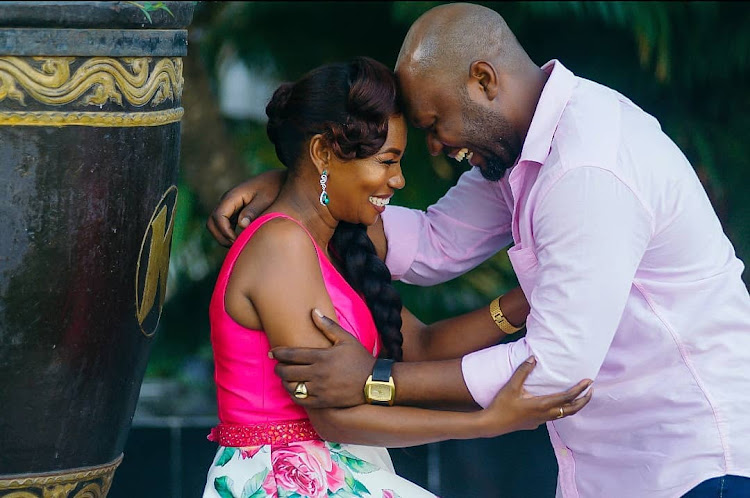 Diamond did not chase away his mum's husband, Uncle Shamte.

Mama Dangote said claims that Diamond Platnumz chased away her hubby are false.

Rumour had it Diamond made Shamte leave after missing out on birthday celebrations.

In an interview with Global Publishers, Mama Dangote said Shamte is her lawfully wedded husband and they are expected to stay together.

"I think it’s because I don’t post him as often as I used to. There is a time that one opts to keep their affairs private, and some people interpret that as meaning all is not well. But it is untrue. Sometimes we like keeping our matters under wraps."

She urged fans not to believe everything posted on social media.

"The problem with people is that they take what they see on social media as the truth," she said.

"That is so unfortunate because most of the time, things are not what they might seem."

Shamte said some people would love to see them separate but they are still together.

"We have no issues."

Earlier on, Diamond's mum denied giving her husband money for his love. "I do not bribe men," she said.

"I am not one of those rich, old women in town, I am an old, naive one from rural areas, who loves being bribed instead. Women who bribe their men have a problem."

When you finance romance then your lover dumps you
by ELIZABETH NGIGI Lifestyle, Entertainment Journalist
Word Is
13 October 2021 - 00:00