KICKED WHERE IT HURTS

When you finance romance then your lover dumps you

• All relationships are transactional, but sometimes one reaps heartbreak, not fruits

• More so when one invests in education, career only to find beneficiary is unfaithful 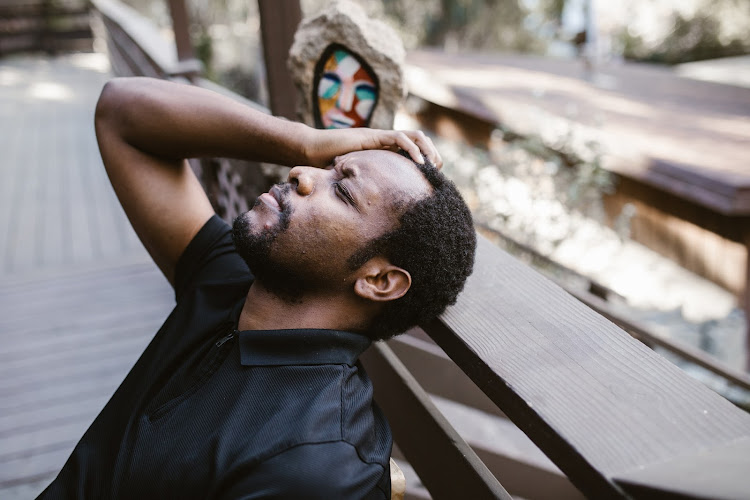 A man holds his head in frustration
Image: PEXELS

Love hurts, but more so when one party in the relationship sacrifices valuable time, energy and money only for the object of their fantasies to casually walk off into the arms of another lover.

Everybody sacrifices something to get into a relationship, it's the level of personal investment that differs between partners. The investment of personal resources leads to questions about whether relationships should generate a return on investment.

If the answer to that question is yes, then isn't it reasonable that people investing their lives in relationships should expect a positive benefit from that romance?

On the other hand, the question arises on the obligations of a romantic partner who benefited from the material resources of the other. Does the beneficiary owe a debt to their romantic benefactor? If yes, is it a lifetime debt?

The popular song, 'Stella Wangu,' is a story typical of someone who made emotional and material investments in a lover but got disappointed when promises were broken.

Coast musician Freshley Mwamburi sings of his heartbreak when Stella, his fiancée in whom he invested so much, has a baby with another man.

In the classic, now enjoying a comeback after a remix, Mwamburi describes selling his valuable property to raise money for Stella's studies in Japan. He croons melodically about his love for Stella and the expectation she would be his wife after coming back to Kenya.

On the day of her return, which Mwamburi vividly remembers as May 17, the prospective groom was at the airport, ready to receive his lover, whom he had missed so much.

The overjoyed Mwamburi went with all his friends and relatives. He had prepared them into a reception delegation for his future bride.

Imagine the shock when Stella stepped out of the aircraft carrying a foreign-looking baby. A Japanese man tagged along behind mother and child. The bombshell unfolding in front of his eyes was so much for Mwamburi that he could not utter a word, until he finally wailed in his Taita mother tongue, "What should I do?"

Such arrangements, where somebody helps out a lover with the hopes of marrying that person, are not advisable. It’s like turning a relationship into a contract, or trying to buy love

Freshley Mwamburi said in the past that the story in the song really did happen to him. To his credit, he got over the crushing disappointment and courted another woman, who is now his wife.

Freshley is not the first person to go through such an experience. Pastor Aaron Odipo of the Deliverance Church in Voi, Taita Taveta county, has come across many such cases during his years in Christian ministry.

The aggrieved individuals were so crushed by the experience, they vowed never to fall in love again. “We encourage them not to lose faith and that they must accept to move on with their lives,” Odipo says.

Adding, “Such arrangements, where somebody helps out a lover with the hopes of marrying that person, are not advisable. It’s like turning a relationship into a contract, or trying to buy love.”

There are neither expressed nor implied guarantees the recipient of all those favours will live up to their side of the bargain, he says.

Mwaura* (not his real name), now a farmer in Central Kenya, is one of many such 'victims' of romantic deals gone sour. While working in Nairobi several years ago, Mwaura and his lover had high hopes of immigrating to the United States and starting a new life with a Green Card. The much-sought document gives holders certain rights to live and work in that country.

As discussed in their plans, Mwaura sold his property in Kenya to raise money for their dream life. He resigned from employment and got a hefty financial package thanks to his years of service.

Mwaura's lover was the first to travel to the US. She was to get a house there as Mwaura winded up matters in Kenya. To cut the painful story short, Mwaura's lover took the money and broke up the relationship. Mwaura was stuck in Nairobi, a homeless, jobless and penniless man. It took a long time with lots of help from family to get back on his feet.

OUT OF SIGHT, OUT OF HEART?

Not all agreements between lovers end up badly. There are scores of people proud of investing in their relationships because the hard work made their union much stronger.

Research shows that investing in a relationship leads to positive results. According to findings published in Psychology Today magazine, when one partner invests time, energy, emotions and other resources into the relationship, the other partner tends to appreciate that person more and is subsequently more willing to stay in the relationship.

Even people who were unhappy with their relationships felt more committed to those relationships if they felt their partners were more invested. These findings prove that there are good chances of getting a positive result from a relationship by investing material resources into it. The dilemma lies in not knowing if the recipient of your generosity can be trusted.

“If you want to help somebody in any way, help out with a clean heart not expecting her to marry you,” Pastor Odipo says. “But it is unfair to take advantage of somebody’s resources to advance yourself if you don’t love that person.

The biggest challenge whenever one partner lives abroad is the physical distance. Being in a long-distance relationship is not easy, even for people already married to each other.

A long-distance relationship where the couple is not yet married is very difficult to sustain, as shown in a survey carried out in Denmark at the University of Copenhagen.

According to the survey, six out of 10 exchange students were in a relationship with someone in their home country when they landed in Copenhagen. Less than five per cent of those new arrivals considered having an affair while studying abroad. 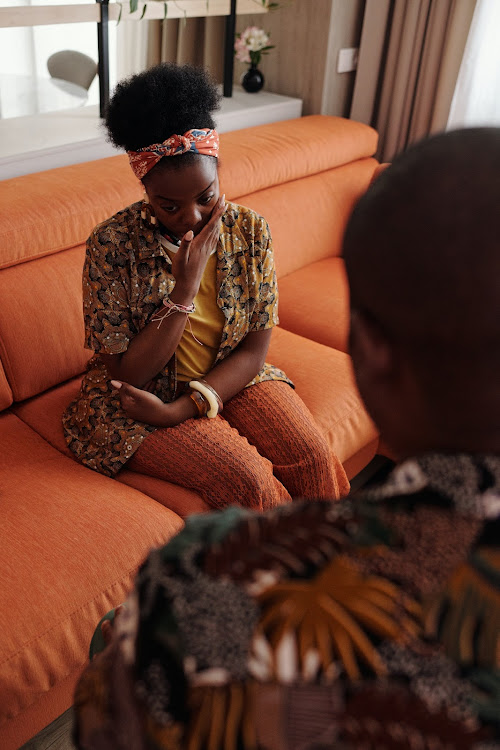 A woman is confronted by her lover
Image: PEXELS

It is not only the distance that makes it hard to maintain a relationship. The new ideas infused in a university lecture hall challenge students to think differently about themselves.

Life in a foreign land surrounded by an alien culture changes an individual's perspective on things. The change in thinking affects their previous plans. The lack of contact with their lovers allows people in problematic relationships to critically reflect on their partners.

They may opt to end the relationships. Perhaps that's what happened to Stella while studying in Japan. Life as a foreign student in a strange land simply changed her.

Margaret Musau, a religious counsellor in Nairobi, says true love survives all odds. “I don't think if somebody loves you, they can leave you,” she says.

“Pray together, encourage each other and show [each other] love in difficult times because if you truly love each other, you will remain in love till the end. You have to be there for one another, whether things are good or bad.”

Then there's also the rather common case where the lovers left at home betrayed those who went outside the country. You come back home to find your boyfriend married to your best friend, or your girlfriend pregnant with another man.

The betrayed lover painfully remembers all the sacrifices they made while living abroad, the money saved and sent back home, the temptations resisted while striving to remain faithful to a broken relationship.

Freshley Mwamburi’s song is a genuinely human story of expectations brought down to earth by reality. Changes in life circumstances transform the priorities of individuals, and they start to question their previous commitments.

Stella is not a villain in Mwamburi’s story. She is as much a victim as her ex-fiancé. The song is meant to caution couples against taking anything for granted.

It is a good thing Mwamburi turned the crushing saga into a song that's made him famous across the world. Wherever she is, Stella must be enjoying her part in the limelight.