She will be supported all the way to university 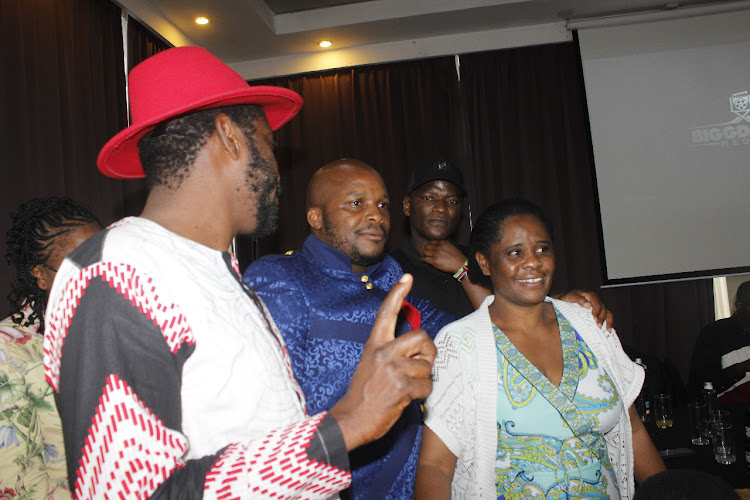 The cast members of Papa Shirandula held a memorial in honour of film and TV icon Charles Bukeko at Pride Inn hotel on Sunday.

Bukeko's family and friends were in attendance, including the widow Beatrice Andega.

"From today onwards, Sherry should never worry about her school fees, we will handle it, myself, Otoyo and Njoro," Jalango said.

"I will give you a cheque to cater for her entire primary school at Moi Educational Centre and even when she joins Form 1. Never worry about her education because if Papa was alive, he would have catered for that in a good school."

Jalango added that he wants to make Papa to smile in his sleep.

"This is for the good work he did for us. If it wasn't for Papa, I would not be the brand you see here. Our daughter will never worry about school fees again. Mum, I promise you from today all the way to university, provided we are all alive, we will take responsibility for her fees."

Otoyo added, "If possible we shall clear the primary school fees then we wait for the results for secondary school."

Jalango said at the memorial that Papa changed his life.

Talking about the memorable moments from the show, Jalango narrated how they choreographed a scene with Captain Otoyo involving their in-law, Papa Shirandula, whom they thought was stinking rich.

The scene was about getting him to buy a Hummer for him.

But one of their jokes about his weight breaking down a Vitz did not impress him, but he hid it well because the show had to go on.

They finished the scene and it was a hit among the audience.

While speaking to Word Is, Njoro said Papa lifted his life from scratch.

"He changed my life from a matatu tout to a landlord. That shows you the impact he had in my life, from zero to here. It can easily show the huge impact. From zero to here."

The actor further said that when Papa got him, he was not known like he is today.

"I was a nobody. Now I walk in and everyone knows me. My name changed from Ken Gechoya to Njoro. He transformed my life to success."