He endeared himself to TV audiences with his natural sense of humour and effortless depiction of typical Kenyan lifestyles,

• President called him a gifted storyteller whose contribution to the entertainment industry will be cherished.

• Papa tested positive for the coronavirus on Monday, went home for care, felt unwell on Saturday and collapsed in Karen Hospital parking. 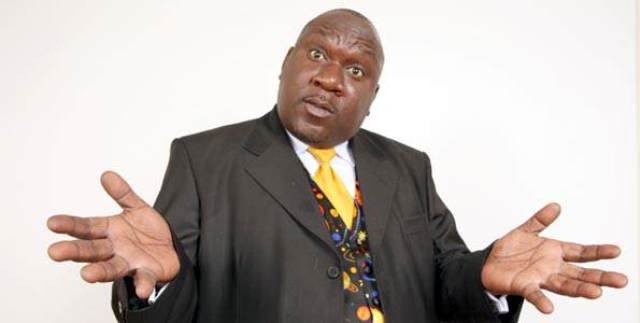 President Uhuru Kenyatta has condoled with the family of popular  TV comedian Charles Bukeko, popularly known as Papa Shirandula, who died on Saturday of Covid-19.

The President called Bukeko, 58, a gifted storyteller whose contribution to Kenya's entertainment industry will be cherished forever.

He wished the family "God's fortitude" as they and the country mourn.

Bukeko's  brother-in-law Rowland Wanyama said Papa collapsed in the Karen Hospital parking lot before he could be attended to for breathing problems.

He had tested postive for the coronavirus on Monday.

His brother said he had travelled outside Nairobi and after his return started feeling unwell on Sunday.

"He went for a check-up at Karen Hospital on Monday and tested positive for the coronavirus," Wanyama said.

"Bukeko, who was known to many simply as Papa Shirandula, was a towering thespian who was loved in every corner of the country. He endeared himself to TV audiences with his natural sense of humour and effortless depiction of typical Kenyan lifestyles," he said.

The MD said Papa was fondly known within the Royal Media fraternity. He called him part of a pioneering group of Kenyan actors who contributed greatly to the success of local productioins.

Comedian Churchill wrote: "A sad day indeed. Charles Bukeko has gone to be with the Lord. My condolences to his family and friends. You lived your life to the fullest and shared happiness and laughter. The last time we were on stage together we really had a good time. Rest well, Papa."

Radio Africa's Classic 105 presenter Maina Kageni said, "Rest In peace, Charles Bukeko. Among the many things you did in media and theatre, this one is remembered all over the world!!!!! My condolences to friends and family. #RIPCharlesBukeko #Legend #RIPPapaShirandula Jalango;"Thank you for Everything Papa! Rest in Peace 😭😭😭Papa was an award-winning Kenyan actor, thespian, singer and director."

My heart goes out to Charles Bukeko's family. Papa Shirandula was a friend, a good man who helped me laugh in difficult times. He created content for the whole family, a shining light in the world of comedy. He joins Mzee Ojwang & the rest of the angels. Rest in peace my friend.

This show made him a household name. He appeared in other TV shows such as The Captain of Nakara (2012).

He has also appeared in commercials across the world, including for Coca Cola and GoTV.

He is survived by his widow and three children, two boys and a girl. The eldest child is age 14.