I was raped by a church person — Brendah Jons 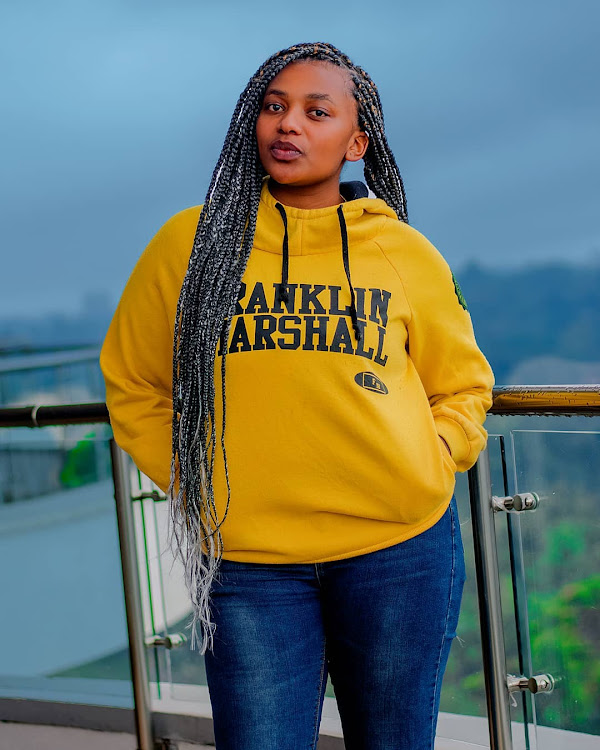 Comedienne Brendah Jons, alias 'Plesident Kingston', has opened up about a horrific rape ordeal she went through last year.

In an emotional talk on her YouTube channel, Brendah said she met the attacker in church.

"When I went to Mamlaka Hills Chapel in Ruaka, I was a popular face in the church, serving here and there," she said.

"One day I left the service and our church used to serve tea and mandazis. Just as I was walking outside towards the pool area, some guy says hi to me, he was good-looking and fine."

They became friends after the stranger reached out to Brendah on Instagram and then exchanged contacts.

"He told me he is a divorcee and has three kids. We talked and liked each other. We later on met. He told me he would like to try to court me," she narrated.

"He started bringing me dinner at my place, at the gate. There were a lot of red flags, this guy never showed me where his house was."

On a fateful day, the man walked into Brendah's house unannounced, holding two beers, and looked like a possessed man.

"He puts the beer on the table and pushes me on the seat. I told him to stop it, but he couldn't listen," she said.

"I pushed him away and ran to the bedroom, before I locked the door, he was there. He raped me as I begged him to stop.

"I was asking God, Why? It was the third time someone from the church is doing this to me. I told him, he will remember the day his daughter will be raped.

"He stopped. Immediately I took a razor and started cutting my hands."

In a past interview, the 22-year-old creative said she was raped twice by different uncles and also sexually assaulted by a pastor.

"The first time I was five when my uncle raped me and he would do it continually. He threatened to kill me in case I reported him," she said.

The second time Jons was raped by her aunt’s husband at the age of 12, who then dared her to report him, saying no one would believe her because he was a man of cloth.

Why you shouldn’t give up on church

Disillusioned youth don’t know what they are missing
Sasa
3 weeks ago
What to do if you have been raped
by ELIZABETH NGIGI Lifestyle, Entertainment Journalist
Word Is
16 July 2021 - 05:15