She said she was held hostage, freedom cost her her own blood

by ELIZABETH MUSYIMI Lifestyle, Entertainment Journalist
Word Is
04 May 2021 - 00:05 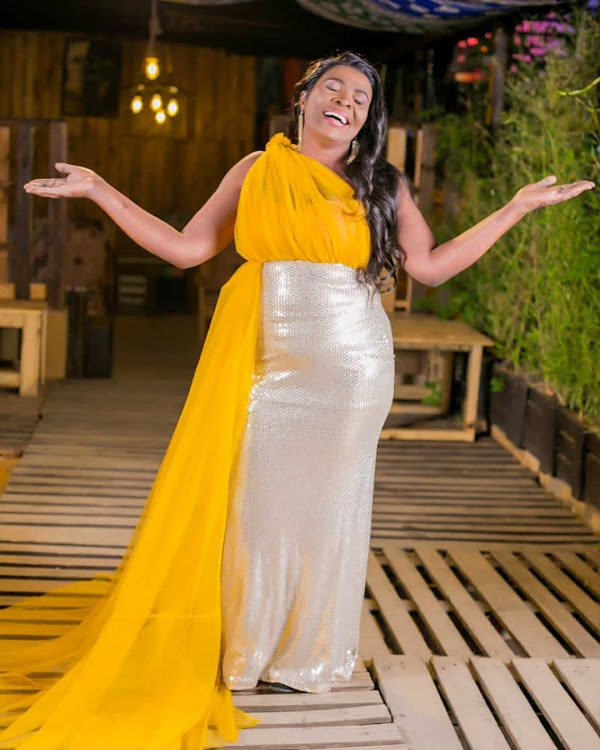 Gospel singer Rose Muhando has spoken about her journey to freedom after being held hostage for years.

Muhando says she was under a person who was a church elder but not a genuine person.

Speaking to Wasafi Media on Sunday, the 'Nibebe' hitmaker said she could not meet anyone.

“I didn't have a voice to go and report. The one who had held me hostage couldn't let me speak to anyone," she said.

"For me to have this freedom, it cost me my own blood. The last days, I said I was ready to die. I told the person to do whatever they wanted to do to me.”

The emotional singer added, “It reached a point I wasn't eating, I didn't even like where I was living at. I cannot say the kind of torture I got and why they did that.”

Since her debut album in 2004, 'Mteule Uwe Macho', Muhando says she has been going through challenges and that she would get on stage and perform a few minutes after crying because of the pain.

The singer recalled her experience in 2010, when she was rehearsing for her album 'Utamu Wa Yesu'.

“I was beaten up, my blood was flowing all over. The producers who were there witnessed everything. I went through a lot of challenges,” she said.

“I was being beaten while my kids watched.”

Muhando says the torture started when both her parents died. She recalled another horrifying experience with the church elder and two of his friends.

“I was beaten and told to kneel down. They put a gun on my head, asking for TSh15 million. They told me to say my last prayers and I started praying. It was raining. It was at a forest. They warned me against reporting and told me they would kill me if I did,” she said.

“There was a man who was looking after his flock and when he saw, he screamed and the three guys ran away.”

She denied the drug-related rumours. “People spoke a lot, they said I was taking drugs. I wondered because I don't even know how drugs look like, what colour they are, even my doctor was very surprised because those rumours really went viral.”

She thanked Kenyan gospel artistes who came to her rescue.

“I was depressed. I stayed at the hospital for five months. Kenyans helped me pay hospital bills and gospel singers made sure I got treated.”

Why Rose Muhando is charging Sh50k at her album launch

She wants to use the money to build a church
Sasa
2 months ago
by ELIZABETH MUSYIMI Lifestyle, Entertainment Journalist
Word Is
04 May 2021 - 00:05