The missing gender on the family planning table

One man left wife who got implant, while vasectomy is a no-no to many

• Misconceptions abound on contraceptives, which are also gender stereotyped 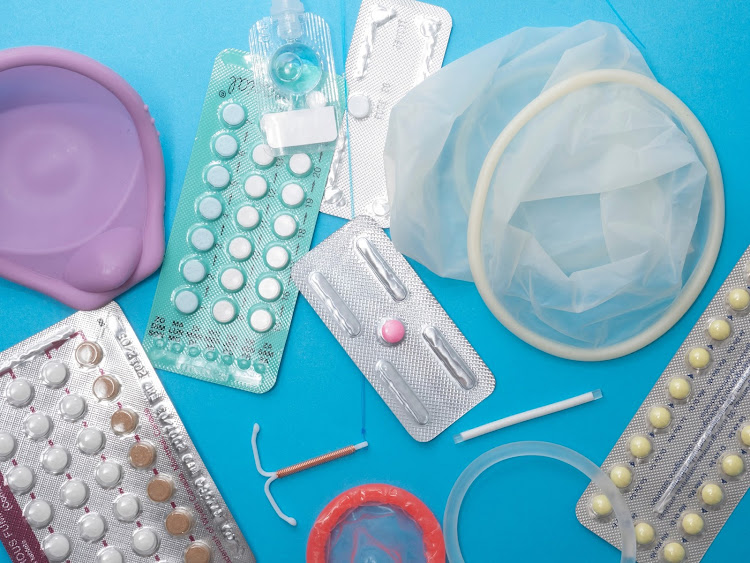 Africa has socialised society to think of family planning as a reserve for women only, something that has placed enormous weight on women.

The level of male involvement in family planning in Kenya is still low despite interventions by both the government and other non-governmental organisations.

In most homes, the man is not even aware of the type of family planning his wife is on because ‘it's not his business’.

Women have been left to struggle and deal with the tough decision of arriving at what best works for their bodies, while most will simply go with whatever their friends or doctor advises.

Silently, though, most of these women will tell you how they wish their men would help carry part of the burden of family planning, considering the women are still expected to deal with pregnancy, childbirth, child-rearing and upbringing.

Joyce Olucho, a social worker in Kakamega, says it’s a tall order for many women, adding that it’s the reason many are depressed and barely surviving.

“Everything has been left to them yet they have spouses who need to understand that they equally have a part to play in all these. But because this is Africa, we kind of just move with the flow, and so it’s a woman’s problem,” Olucho says.

She says reproductive health and family planning programmes and services in Kenya normally focus on women.

She says services such as cervical cancer screening, antenatal and postnatal care, abortion and post-abortion care, and maternal health among others are only offered to women.

“These programmes and services have left out men and failed to put into consideration the responsibility they play in enhancing the uptake of family planning and reproductive health service,” she adds.

Olucho says more efforts should be made to improve education standards, especially for men, and to re-orient family planning services to make them more accessible to men.

When men take the lead in maternal healthcare

Everything has been left to women, yet they have spouses who need to understand that they equally have a part to play in all these

WHERE ARE THE MEN?

Olucho explains that male involvement in family planning goes beyond encouraging men to use to condoms or embrace vasectomy.

“It must motivate men to encourage and support their partners and friends to use family planning and equally have them influence the policy environment to be more conducive to develop male-related programs,” Olucho adds.

In this context, male involvement should be understood in a much broader sense than male contraception and should refer to all organisational activities aimed at men as a discrete group that has the objective of increasing the acceptability and prevalence of family planning practice of either sex.

She says Kenya and all the 47 counties must make a deliberate effort to adopt the programme of action adopted by the International Conference on Population and Development held in Cairo in 1994, which emphasises men’s shared responsibility in family planning.

“They must take part in active involvement in responsible parenthood, maternal and child health, prevention of STDs, prevention of unwanted high-risk pregnancies and family planning programmes,” she says.

"We seem to have forgotten about it, but it's high time we went back to the programme."

According to the social worker, programme efforts to promote male participation in family planning and reproductive health in Kenya have been minimal.

It would make them equal partners in promoting the well-being of their families and help achieve equity in gender relations and responsible sexual behaviour, she says.

Mulunda says family planning programmes must be re-tailored to be a concern for both men and women.

In many African societies, they have proved unsuccessful on a larger scale because they fail to take into account the power relations between couples and the patriarchal nature of the society, she says.

“It has always been a woman’s affair in Africa. It's true for Kenyan families, where the organisation of the society is governed by the characteristically male dominant and patrilineal traditions,"  Mulunda says.

Despite the increase in contraceptive prevalence in Kenya, Mulunda says excluding men in family planning programmes is largely to be blamed for poor family planning and reproductive health indicators.

This is despite the fact that the Reproductive Health Policy and Population Policy for National Development in Kenya provides for greater involvement of men in family planning and reproductive health programmes.

“Therefore, for Kenya to effectively promote male involvement in family planning and reproductive health, there is a need to understand and address the contextual issues behind the low male involvement,” she says.

Male involvement should not only be restricted to the uptake of family planning methods but rather should also include the number of men who encourage and support their partners to use family planning, she says.

“We, therefore, need to understand male involvement as all organisational activities whose main aim is to increase the prevalence of contraceptives for either gender,” Mulunda says.

It has always been a woman’s affair in Africa. It's true for Kenyan families, where the organisation of the society is governed by male dominant and patrilineal traditions

Miriam Khatenje, 38, a fish vendor in Kakamega town and a mother of seven, says she was forced to start taking family planning injections discreetly after her husband openly disagreed with her on the number of children they were to have.

She says according to her husband, family planning was ungodly and uncultural and as such, she was expected to have children until she naturally couldn’t anymore.

Khatenje, however, says the last pregnancy almost sent her to an early grave after she was diagnosed with Gestational Hypertension which she said equally plagued her during her other six pregnancies.

“Apparently my blood pressure would only shoot whenever I was pregnant and by the time we were having our third baby, I was ready to stop but my husband insisted that he wanted a large family,” she says.

This was also despite the numerous advice from the doctors each time she was rushed to the hospital where she always arrives unconscious.

She has however been able to convince her husband that she has hit menopause and that’s probably why she no longer conceives.

“It has been two years and he keeps asking if I did anything and I tell him it's just menopause but I am on the three-month injection. I remember a doctor pulling me aside last time and telling me that my next pregnancy would kill me. That was my turning point,” she says.

Gestational hypertension happens when a woman develops high blood pressure despite not having protein in their urine or any heart or kidney issues and is believed to disappear once the woman gives birth.

Mercy Lukale, 42, an ECDE teacher at Kambi ya Mwanza in Kakamega county and a mother of four, says her husband of 17 years sent her packing from their matrimonial home upon learning that she had secretly had an implant to stop her from getting pregnant.

She says previous efforts to engage her husband on the matter were futile as he adamantly said he would never allow his wife to use any family planning.

Mercy says her former mother-in-law made it even worse for her as she would influence her son (Mercy’s husband) by openly telling him that any woman who uses family planning must be cheating on her husband.

“After our fourth baby, we were struggling because my job wasn’t bringing much and my husband was just a tout. I didn’t want more kids and so I really nagged him about it. When I was sure he would never agree, I secretly bought some pills and began taking them,” she says.

Unfortunately for Mercy, her husband found the pills, which she had stashed in her kids’ bedroom, and threw them away.

“That night he forced me to have sex with him, knowing very well I had not used the pills. It was the most horrible night of my life and I thought I would end up pregnant. But I'm grateful I didn’t,” she adds.

Now with a more stern resolve, Mercy says she secretly visited one of the major hospitals in the region and had a five-year Norplant injected in her arm.

However, in April last year, her husband discovered the implant and threw her out of their home.

“I have been living at my parent's home all this while. I don’t have much regret apart from the fact that I can't take care of my children,” Mercy says.

For Gentrix Lutome, 36, hers was a case of a supportive spouse but failure for some reason of every family planning method she used.

Unfortunately for her, the now mother of five says all the methods of family planning have backfired and left her nursing an unwanted pregnancy each time.

She says efforts to have her husband undergo a vasectomy did not work as her husband would hear none of it.

"The plan was just two kids and now we have five. I have been on the three-month injection, pills and implant but I still got pregnant. I have felt a vasectomy would help but my husband won't do it," she says.

WHY MEN KEEP OFF

Agnes Makuto, a social worker attached to the Malava General Hospital, says men’s low acceptance and near rejection of family planning in Western has to do with the fact that family planning and reproductive health services are designed for women.

This means even the family planning clinic itself is designed to be more welcoming to the woman more than it is to a man, Makuto says.

She says as a result, men miss out on family planning information and services, seeing as even health workers may not have the training or skills necessary to meet men’s reproductive needs.

“The clinics are both inconvenient and unwelcoming for men. They will also not want to mix with women for fear of being seen to be henpecked or even considered effeminate,” Makuto says.

She says overriding factors are widespread myths and misconceptions about family planning for men and women.

The social worker points to the lack of access to accurate information about male contraceptive methods and the fact that most men may not know how to use them correctly or may have misperceptions and fears that prevent them from using the methods.

She says the myths and misconceptions have equally frustrated any efforts to encourage vasectomy among men as a form of family planning.

“We have heard men who say believe family planning will alter their women’s sexual appetite to be low,” Makuto says.

“Then we have those who believe that somehow vasectomy will damage their organs and render them unable to function sexually.”

She cites the limited number of male contraceptive methods available, provider bias against male methods, and unfavourable social climate as among the reasons for male complacency in the family planning debate.

"This will address the knowledge and information gap and demystify myths and misconceptions. 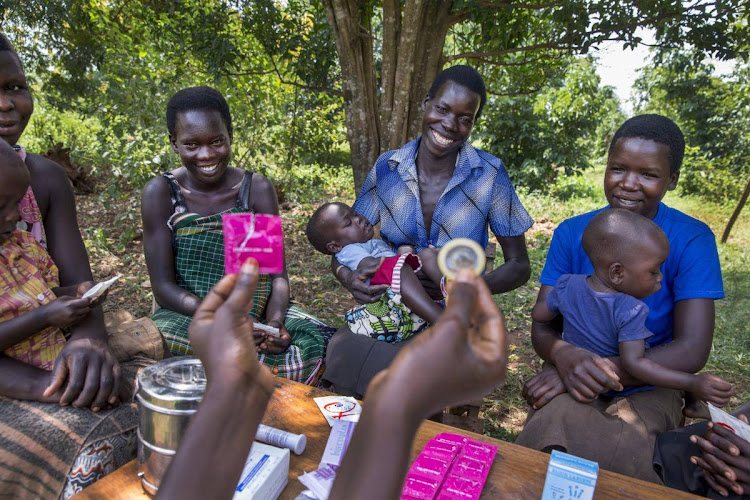 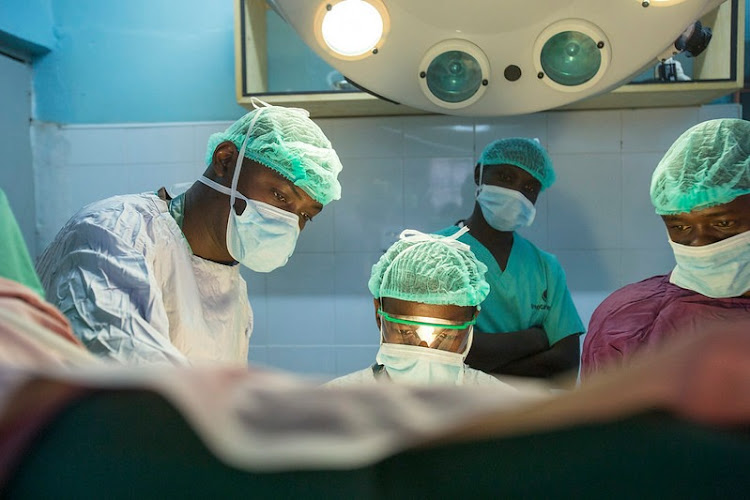 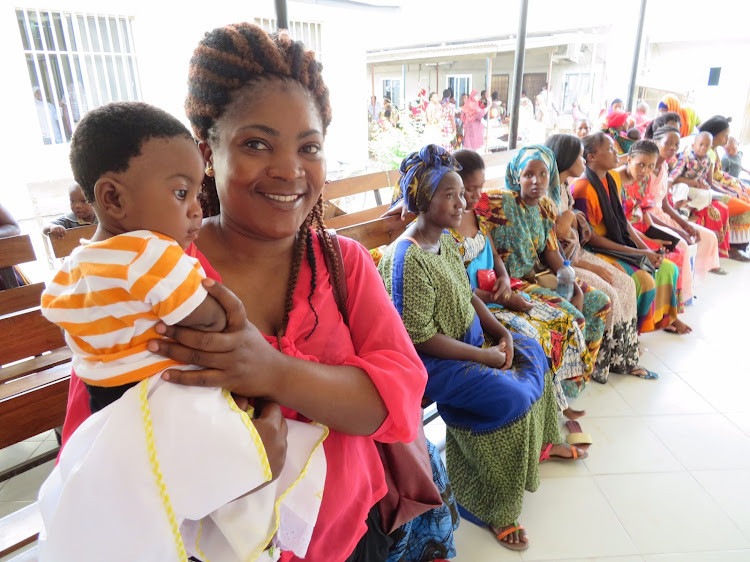