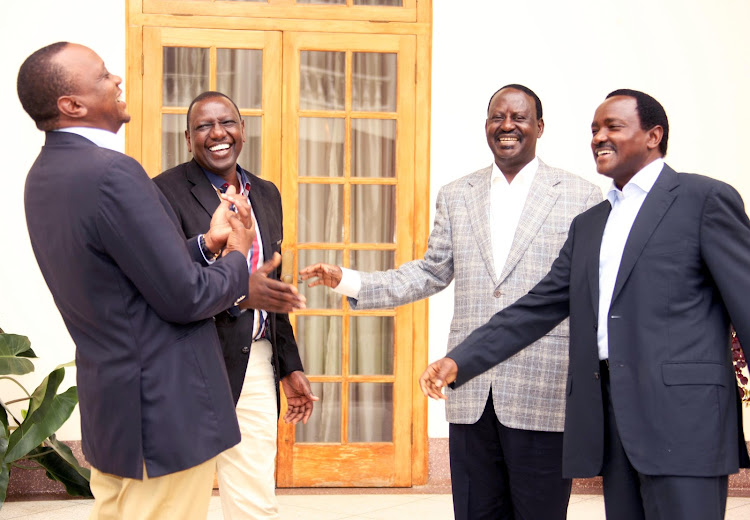 We all know or have heard of development projects rejected by locals who did not like the people associated with the initiatives. Villagers continued fetching water far away rather than getting it from someone they resent.

Spite is a form of communication; an opportunity to express displeasure at some real or perceived wrong despite the inconvenience suffered in making that expression.

There's a much-told story at the Coast about a famous tycoon who put up a large wall to block his neighbour from viewing the ocean. The man and his neighbour own adjacent properties near the beach but had a disagreement. The tycoon's action was meant to punish his neighbour.

There are other examples, too, such as individuals ignoring a neighbour's shop out of spite and going further away for their shopping. How about a young man who stubbornly marries the woman disapproved by his parents just to prove he is his own man?

These are a few cases of spiteful behaviour. Spite is variously described as a deliberate act meant to annoy or offend the target. The purpose of spite is to shame the target or to show anger.

The second interesting characteristic of spite is that it inflicts costs on the person doing it. There is an English saying about cutting off your nose to spite your face. Spiteful actions are designed to harm someone else but they also harm the person doing it. The villagers who rejected the nearby water point had to trek further away for water.

The tycoon who blocked his neighbour from seeing the ocean spent money building a monstrous wall. The young man who married against his family's wishes must live with the choice for the rest of his life.

Ruto: My four years of hell under Uhuru

SPITE AS A FORCE

Spite is not just at the individual level. The August 9 elections show spite is a powerful emotion that determines how people vote. It's not just in Kenya where this is happening. It is becoming such a worrying concern across the world that it's been called "spite voting".

The most obvious example is the election results from the Mt Kenya region. The region voted solidly for President Uhuru Kenyatta in three previous elections but rejected the President's urge to vote for former Prime Minister Raila Odinga this time. This was despite assurances that a Raila Odinga presidency would be good for the region's political and economic interests.

Research shows that spite serves a useful purpose in human evolution. Dr Simon McCarthy-Jones, an expert in psychology, argues that spite has shaped human societies. In his 2021 book, titled, Spite: The Upside of Your Dark Side, McCarthy-Jones explains why spite seems pointless to a casual observer but makes sense to the person doing it.

"It is what we feel when we want to punish a bad act simply because it was bad. Spite is our fairness instinct, an innate resistance to exploitation, and it is one of the building blocks of human civilisation," he writes in the book.

At national level, spite is a means for the powerless to register their discontent against those they perceive as powerful in society. McCarthy-Jones says spite is a form of punishment that can weaken the powerful and promote fairness in society. We can thank spite for changes in governments, religion and laws.

Remember the Arab Spring? It started in 2010 after Mohamed Bouazizi, a street vendor in Tunisia, set himself on fire to protest harassment by municipal authorities. Bouazizi died from the burns, but his action set in motion huge protests that toppled the government of Tunisia and spread throughout North Africa and the Middle East.

Spite as a protest explains why leaders with a good development record lose votes for taking a political stand different from their community's wishes. In 1992, Kanu was the ruling party but it was loathed in the Mt Kenya region. Most of the party's candidates in Central Kenya lost in that year's elections. Kanu's secretary general at the time, the late Joseph Kamotho, remarked that even a dog vying on an Opposition party ticket would have gotten elected in the region.

In June 2015, some residents in Nairobi's Kibra slum destroyed infrastructure projects implemented by the National Youth Service. Among the destroyed projects were public toilets, water tanks and a clinic. The residents claimed the government had disrespected former Prime Minister Raila Odinga, who enjoys a fanatical following in Kibra.

The infrastructure projects were supposed to improve living standards in Kibra, but the aggrieved residents destroyed them to express displeasure with the government. This was a classic case of people spiting the powerful as described in McCarthy-Jones' book.

Forgive me if I wronged you, Uhuru tells Mt Kenya

Related to spite is the concept of loss aversion or the fear of making choices that could result in personal losses. Do you wonder why it is so hard to bring about radical change? One of the reasons is that voters look at what they stand to lose from change versus what they might gain in future.

An aspirant for MCA promises to upgrade the local open-air market. The vendors in the market fear getting displaced during the market's reconstruction. They also fear an influx of newcomers in an upgraded market.

Moreover, knowing that government projects can stall for years, the vendors fear they may not have a place to do business. The risk of losing their livelihoods may motivate the vendors to support an aspirant who promises to retain the status quo.

As political aspirants assess their performance in the just-ended elections, they should reflect on how the two emotions of spite and loss aversion contributed to their wins or losses. For the losers, understanding these two issues will help them adjust their campaign messages for the next elections.

Those who rode to victory on a wave of spite should realise spite cannot keep them in power forever. They should inculcate positivity during the next five years. While leaders should listen to their communities, they have a role to play in shaping the community's political aspirations. Changing a community's mindset should be a long-term project of constant engagement at the grassroots.

Ruto: I helped Uhuru win but he betrayed me

Raila unsellable in Kirinyaga is a myth, says Karua

Azimio running mate tells candidates to campaign for the coalition or lose.

Raila will get over 50% of Mt Kenya votes, says MP Kega

There is ethnic prejudice to this cynicism, after years of demonising the ODM leader.

No, Raila not a hard sell in Mt Kenya

He does not need all the votes from Mt Kenya, just a respectable share to deny Ruto the vote as a bloc.