Are we hooked on the soap opera that is Kenyan politics?

Politicians mudsling only to unite after polls while divided Kenyans suffer

• Most Kenyans are no longer falling prey to the political theatrics 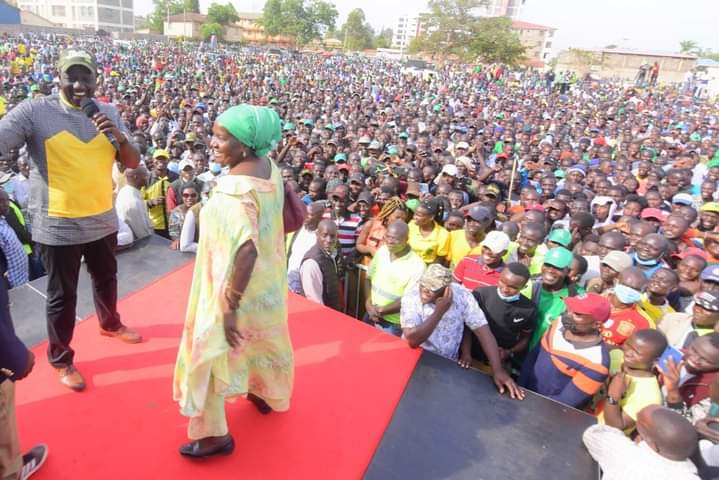 I deliberately stay away from politics. Be it in my professional or private life. Political affairs have become quite theatrically disheartening. A localised Game of Thrones, if you will. With the fight for the throne at stake, will the elites or the legacies emerge victorious?

“The cartels”, in the words of Miguna Miguna, do not allow room for civilians to partake in their democratic right to run for high-ranking posts. To do so, one must politically align him or herself with a powerful political ally.

This year particularly, I have chosen to stay away from politics. I do not want to see it, hear it or talk about it. Whoever wins will determine what I am more interested in: the state of the country for the next five years. However, I feel compelled to write about politics today because of an incident that occurred recently.

I was speaking to a teacher at my niece’s school when the conversation turned to tribes. I personally do not understand why Kenyans have an infatuation with knowing another person’s tribe. It is as though the tribe of the person will determine how you relate. As a member of the ‘diverse ancestry’ tribe, I proceeded to feebly explain to the teacher how I came to be and why ticking on a particular tribe is a difficult for most of us Coast inhabitants.

I asked him if he was from the region. “Mi ni wa Baba,” he said. What does identity have anything to do with politics? Yes, I asked him that to his face. It is as though Kenyans have been binge-watching a series on Netflix called Kenyan Politics for so long that they wake up the next day speaking the lingo.

This election year, I purposely decided not to engage in the circus of campaigns and manifestos. Following the unfolding events as we lead up to D-day is like following the movements of a rollercoaster. It will only give you a headache and leave you feeling nauseous. Seeing grown men cursing at each other and abusing their mothers and wives in public is beyond embarrassing.

Growing up, seeing these dramas play out on TV, I often felt flummoxed at the betrayal and enmity between people that were once friends or colleagues in government. Later on, as elections came and went, I began to make out the patterns of just how the dramas played out during the campaigns and once elections were over and a winner declared, the friendships resumed.

Being an adult who is not swayed by political affiliations and promises, means understanding that everything that plays out during the campaigns is merely for our amusement. At the end of the day, the people who are competing for the same positions are friends or colleagues, who understand the nature of the game. When elections are over, they will need each other to further their own personal agendas. You will find most of these men (especially) meeting in secret in resorts or ‘VIP clubs’, laughing at the show they put on.

Meanwhile, the poor suckers who completely immersed themselves in the debacle will have no place to turn to the day after swearing in. When the dust has settled and the State House is bustling with activity of its new occupant, those who identified themselves and their tribes as per a presidential aspirant will realise that when the director has yelled cut and the credits are rolling, no one gives a damn about the movie watcher. Meanwhile, the executive producers and production companies are laughing all the way to the bank. If you know, you know…

Do politicians care about artistes or just use them?

‘Tano Tena’ hitmaker Ben Githae said they do political songs for the money
Sasa
1 year ago
The problem with explaining Kenyan politics to an outsider
by Nabila Hatimy Entertainment Writer
Lifestyle
26 February 2022 - 06:00