Intermarriages have blurred our ancestry, yet we still have ethnic divisions 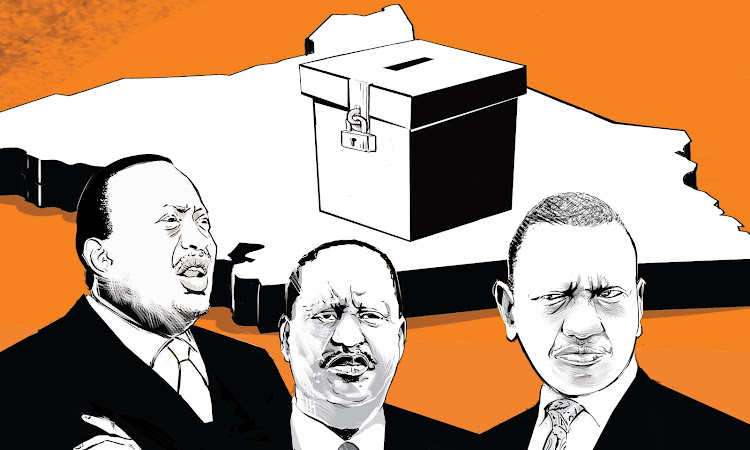 A couple of weeks ago, I wrote about the controversial appointment of Naomi Campbell as Magical Kenya Ambassador. I felt like I outlined my arguments in a clear and unbiased way.

As readers commented, one implied bias on my part on account of shared ethnicity with Tourism CS Najib Balala, who appointed Campbell. “Nabila, unamtetea kisa ni mmanga mwenzako, sio? (Nabila, you are defending him since he is a fellow Arab, right?)”

For starters, Mmanga is a Coastal colloquial term used to refer to Arabs of Omani descent. On the other hand, I am descended from Yemeni settlers, so the correct term would be Mshihiri. Pettiness aside, I often wonder why the instinctive reaction with Kenyans is to resort to tribalism when discussing any matter. Whenever we have discussions on politics, success, appointments or anything else, we cannot seem to stop ourselves from bringing in tribe.

Yes, I acknowledge that Kenya has suffered a lot in its history because of tribal affiliations. As early as post-colonialism and as late as 2007, our history is bloodied with tribal massacres. A mentality that was brought to us by the colonialists, who enforced superiority along the lines of race, tribe and ethnicity.

We, the millennials, and the younger Gen Z, are by-products of intermarriages. Our genetic make-up is a melodious combination of various DNA strands. None of us can claim to be 100 per cent belonging to one tribe.

Like most cultures, we take on our father’s surnames, which means we identify with that particular tribe or clan. However, if you consider the maternal mitochondria that is passed on from mother to child and their forgotten ancestry, the child’s genetic composition is more diverse than the identified tribe is.

With such diverse backgrounds forming our ancestry, one would expect the youth to be more understanding and encouraging of diversity. However, we prove ourselves disappointing when we are incited into tribal wars. We fall prey to the old man’s game of causing divisions among Kenyans because of tribes.

Politics is one of the main factors that drives tribal division in the country. Even after 57 years of independence, we still vote according to tribal affiliations! The worst part is that politicians create tribal division for the sole purpose of numbers. By aligning certain tribes into one political party, they become assured of their chances of winning. Even if we argued that there were benefits of voting among tribal lines, it has been proven over the last 50 years that the tribes do not benefit from election results, individual politicians do!

There are 44 tribes in Kenya currently, with the Makonde and the Asian tribes having recently been admitted as the 43rd and 44th tribes respectively. Only two tribes have held presidential office since Kenya got independence in 1963. Whether these people were qualified to run the country or not is a matter of the past.

With the General Election coming up next year, politicians will resort to the same tactics they have been employing since multipartyism. They will fill our heads with nonsense of “it’s our time” by pointing out the disparities between communities. This is the time to rise above all the hate speech. Whether or not one tribe comes into power, we will all exist under that government’s rule as Kenyans. We will suffer through the same drought, drive on the same bad roads and get taxed the same.

Tribes and heritages are important in understanding our identities, our ancestry and our culture. However, tribe forms a small part of our identity because when all is said and done, we are first and foremost Kenyans. Our tribe is Kenyan.