Mentoring girls to rise above teenage pregnancy in Kibera

Kirta enlightens the girls on early sex, marriage and education 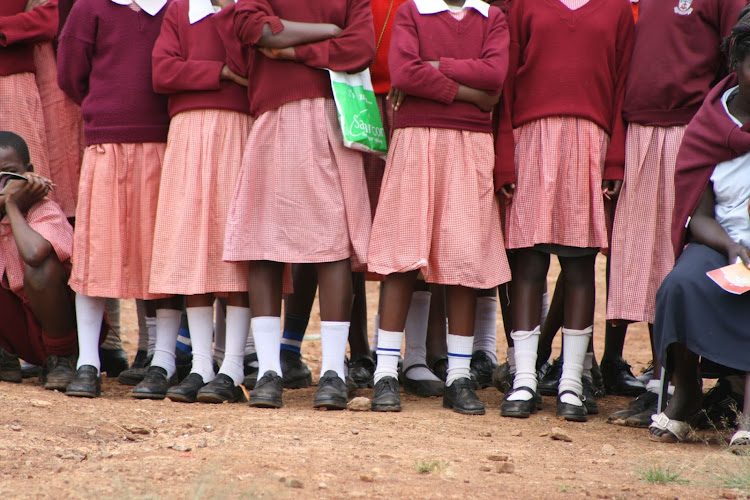 Schoolgirls follow the proceedings of the launch of the 2nd phase of the Gender Based Violence project in Kibera
Image: FILE

With schools admitting and registering candidates for KCPE and KCSE 2021, some teen mothers living in Kibera slum, Nairobi, are frustrated and without the will to continue their studies.

Adolescent girls and young women growing up in Kibera face many problems.

Teenage pregnancy has been a key concern in Kenya, with an estimated one in five teenage girls between the ages of 15 and 19 being pregnant or having already given birth.

Elizabeth Wambui* (not her real name), 17, says during the pandemic, she got pregnant while in Daraja Academy School, Nanyuki.

"I realised I was pregnant around October last year, and it made me scared because I did not know how or what to do," Wambui says.

She knew she could use contraceptives but her boyfriend, 27, advised against it.

"He said that when we use a condom, it would not be enjoyable. In fact, he said the lubricant in the CD would affect me. So we did not use any.  After that I realised that indeed sex was sweet without it," she says, blushing.

Wambui says she was aware she could get pregnant but noted that there was a medicine she was taking to prevent pregnancy.

"I was swallowing the medicine known as chaguo langu. There is a day I took seven so that my menses would stop to allow us have sex again and again," she says.

She says after that she realised she was pregnant, her boyfriend was okay with raising the child. But as the bump grew, the man started rejecting her.

Once I have sex with them, they give me Sh100 or Sh150 and I use it to buy chips, if that is what I am craving

When she told her mother about her pregnancy, the mum became hysterical.

"She told me not to abort. She lectured me, saying I have brought shame to the family. And since I eat a special diet, she says I am a burden to her," she said.

With a sick mother at home, Wambui has been forced to hustle to get money.

"I wash clothes in the neighbourhood and get paid around Sh300. I don't do too much since I am due this month," she says.

Fighting back tears, Wambui says sometimes she is forced to have sex with men to get money to feed herself and her unborn baby.

"I had started this before I got pregnant. Actually, I got into a relationship because I heard boys would give some cash after sex. So he used to give me money. Sometimes they use me because I am hopeless and helpless," she says. 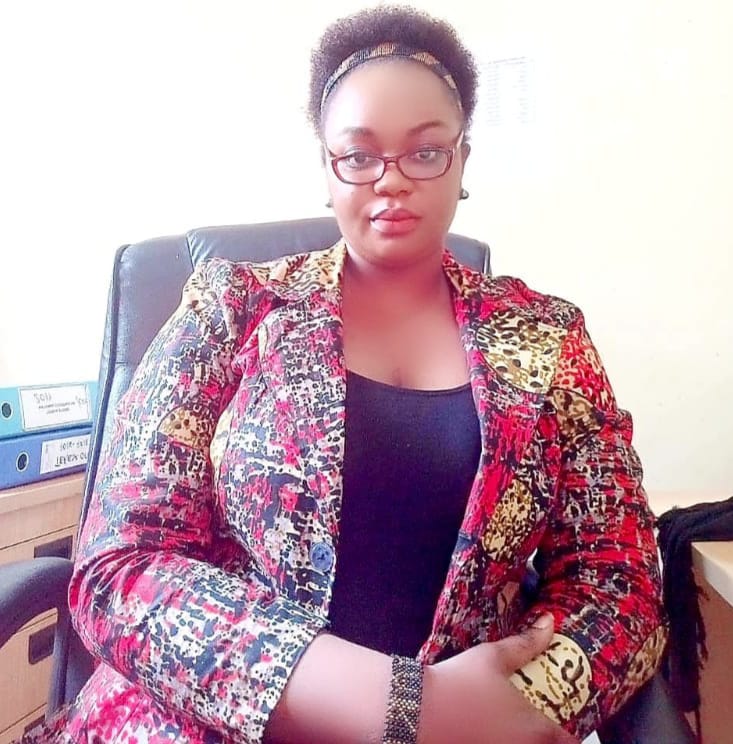 She says being pregnant has denied her a chance to go back to school and pursue her dreams.

"Who will I leave the baby with? My mum is sick and can't stay with the baby. The scholarship as it stands was cancelled because they cannot wait for you to give birth and return to school."

As she wipes tears off her cheeks, a heavily pregnant Wambui says she doesn't know what she will do once she delivers.

"Sometimes when the father of the baby calls me, I just go and have sex with him so that he gives me that Sh100 to buy food. I can’t depend on my mother. God should just help me. Sometimes I sit down and just cry. I am stressed," she says.

Charity Atieno*, who has a two-year-old baby and is pregnant with another baby, says she stopped going to school in Class 7.

"I sneaked from our home out of defiance and went to stay with a boy I liked. He made me pregnant but after four months, he died," the 20-year-old girl says.

Atieno went and stayed with her mother-in-law to be, but all was not well.

"They said I needed to marry my late boyfriend's brother for me to continue staying in that home. So I refused and this caused a rivalry between his mother and me. She ended up throwing me out of the house," she says.

It is at that moment that Atieno got involved with another boda boda man around the area.

"So I used to visit him and I got pregnant. I did not tell him of the pregnancy. If I tell him, he would not take responsibility. So right now we just pass each other," she says.

Atieno says she yearns to go to school but the animosity between her mother and her can't allow her.

"I long for school but my mother and I don't see eye to eye. Who will pay my school fees? Sometimes I go back home and ask for forgiveness but she drives me away. She says I decided to get married and I should fend for myself," she says, breaking down.

She says her father, who stays in the rural area, has no clue what is going on since he has another wife and is also poor. 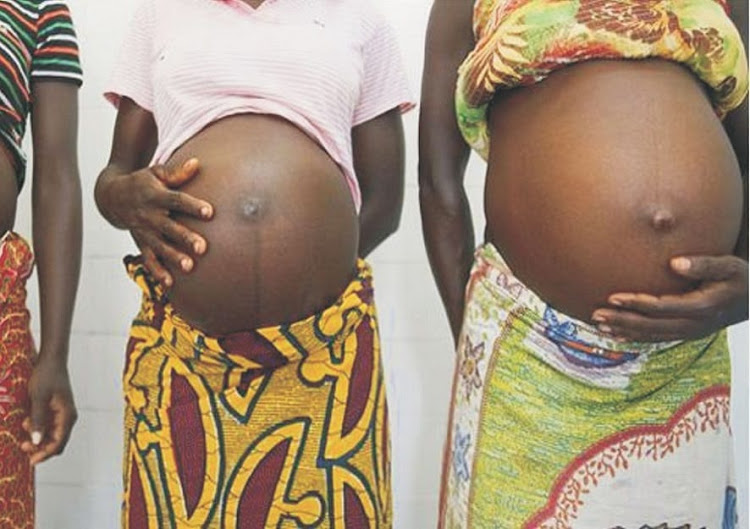 I long for school but my mother and I don't see eye to eye. Who will pay my school fees? Sometimes I go back home and ask for forgiveness but she drives me away. She says I decided to get married and I should fend for myself

Atieno, who is due in September, is currently staying with a good Samaritan in Makina.

Forum for African Women Educationalists Kenya CEO Teresa Otieno says the organisation is working with the Kenya Institute of Curriculum Development to ensure parents are engaged on matters of teenage pregnancies.

“These guidelines are based on how the parents can relate with their girls once they are caught up in such situations,” she says.

“When parents understand and embrace the girls, they tend to realise their full potential.”

Otieno says there are some parents who are illiterate and do not know the importance of education.

“So it’s not just about talking to them to embrace their children but even asking the school administration to come in and school them on the importance of education,” she says.

Lorine Adhiambo*, 14, who has a two-year-old baby boy, narrates how an old man lured and raped her.

"He called me outside our house. And he told me to buy him a credit card. So I called him to take it and he refused to come outside the house. So when I took it for him inside the house, he grabbed me by force and raped me," she says.

Adhiambo says the 72-year-old threatened that he would kill her if she told anyone.

"So I kept quiet and at seven months, my pregnancy started showing and my teacher realised this and called me. It is there that I told him my story," she says.

The old man was arrested but later released after he paid someone some cash, she says.

He called me outside our house. And he told me to buy him credit card. So when I took it for him inside the house, he grabbed me by force and raped me

"My parents just kept quiet. But they help with the baby sometimes. However, sometimes my mother talks to me badly, saying I wanted that pregnancy," she says.

Adhiambo is sometimes forced to do laundry to get money. She uses about Sh1,500 per month to take the child for childcare.

She is currently in school even as she struggles to pay fees.

"I perform well but sometimes when I think of my mother's words of me wanting to get pregnant, I feel disheartened," she says.

"When I'm revising with some schoolmates, my mother says these pupils are my boyfriends, and that I want to get pregnant again."

Adhiambo urges girls who have been defiled not to be afraid and instead run to the hospital and get help.

Otieno says girls should speak up to reduce cases of stigma and trauma.

“This also gives the school a chance to address the challenges that the teen mothers go through,” the Fawe-Kenya CEO says. 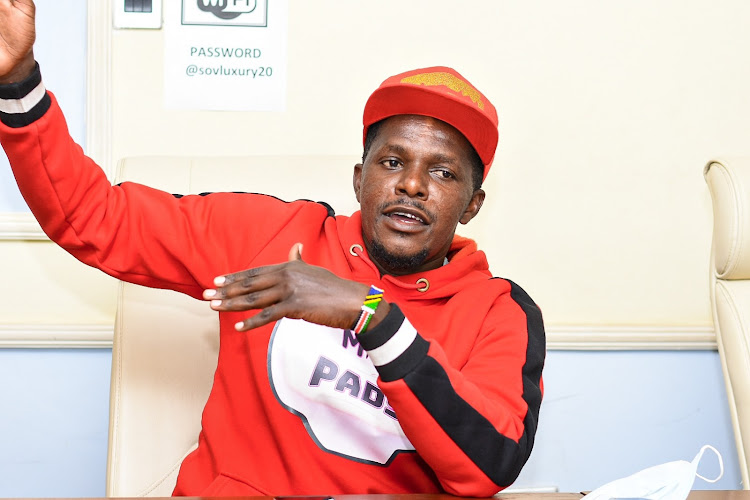 They have more than 120 girls in the organisation.

"We recruited more than 120 teen mothers from five wards in Kibera in 2020, but only 80 are active. We give them pampers and motivate them not to give up," he says.

Hussein says most of the 80 teens have given birth and all they need is someone to encourage them.

Christian Best Camps of Kenya officer Brenda Mutethia says they support the youth and girls in the area.

The non-profit organisation recorded 100 teen pregnancy cases after schools were closed last year, including 20 from January to June this year.

"We allow them to come and report issues such as rape and defilement. We have opened that door and opportunity," she says.

"All they need is love and understanding, not rejection from parents. Some of these cases are not out of will but are forced on them."

Kenya has a re-entry policy that allows pregnant girls to stay in school for as long as they want but prevents them from resuming studies until six months after delivery.

Human Rights Watch research shows there is weak implementation, monitoring and enforcement of this policy. Instead, pregnant girls face multiple barriers to staying in school.

Otieno says school administrators such as principals and teachers should work together.

“For us to achieve re-entries of girls, we need a holistic approach so the girls feel safe and loved and ready to go back to school,” she says.

“Right now the ministry is concentrating on the pandemic. But the mentorship programme policy, when implemented, will help so many girls return to school.”

Otieno says within the programme, they have exposure as part of the guidelines.

“When girls are exposed, when they meet other women who have made it in life, they tend to be encouraged to go back to school,” she says.