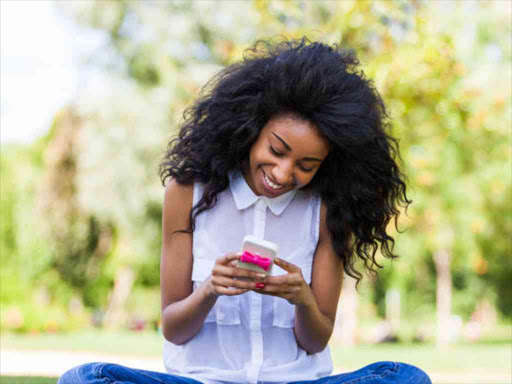 Recent reports of crimes against children carried out through the Internet have reignited the debate on whether or not parents should buy their children smartphones.

The Internet has also been identified as a recruiting tool for terrorists and a channel for smugglers and human traffickers.

Many a young girl gone missing was later found to have been lured by sex predators or kidnappers online.

The Internet criminals first gain the trust of their targets before furthering their agenda of luring them to their hideouts. Teenagers are mostly the targets due to their vulnerability and curiosity.

The DCI warned parents and guardians of the new trends being used by predators to lure young girls.

The criminal investigation department believes the predators use the social media platforms of their targets to obtain personal information before using it to lure the girls.

Most targeted are school-going girls and those who completed secondary school.
News
11 months ago

The DCI cited a recent incident where a teenage girl was saved from the jaws of a possible paedophile.

Were it not for a keen and concerned conductor of the Executive Bus Company, the girl would have ended up in the hands of a sexual abuser.

This sparked debate on whether it is time for parents to repossess the electronic gadgets owned by their children, with mixed reactions.

The objectors said they want their children to have everything they did not have while growing up.

But what if the child is not responsible with the gadget?

Many people have fallen prey to these online offers, losing huge amounts of cash.
Opinion
11 months ago

Experts say children owning electronic gadgets is not the problem; the main problem lies in broken trust between the child and the parent.

Ephraim M of Irex says children will look for other means of owning gadgets or accessing the Internet if their parents decline to give it to them.

He says the children might feel isolated and turn radical as a way of protesting.

“The current generation is curious and I would rather give them the phone and explain the need for being responsible with it instead of denying them,” he says.

The digital security expert said denying them the gadgets will force them to acquire the same using unscrupulous means such as stealing or getting them from suspicious people.

Ephraim says parents should focus on building trust with their children to create a safe haven for them whenever they feel unsafe on the Internet.

The digital expert further says to be on the safe side, parents can install safety features, which will enable them to monitor their children’s footprints on the Internet.

Such features include Google Family App, which allows the parents to have access to the child’s phone using their own phones, Stalkware and many more.

But even as Ephraim recommends monitoring features, he maintains the solution lies within the family itself.