• Under the circumstances, online sexual violence is slowly creeping into their lives 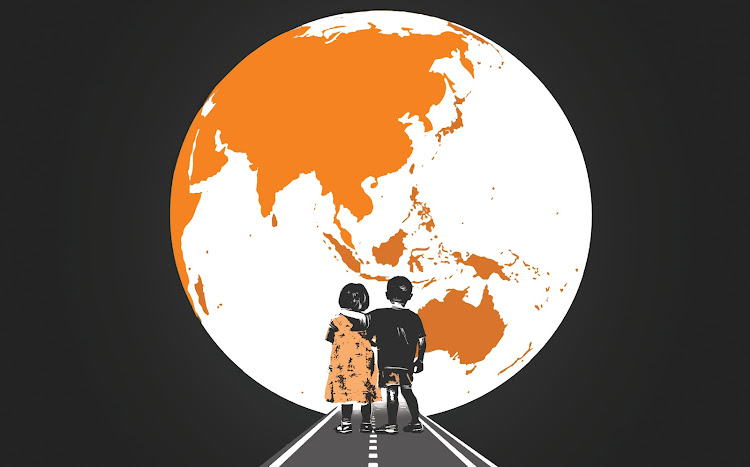 With over 18 million students at home due to school closures, predators are increasingly making their way into chat rooms and video game sessions.

Often posing as minors and starting innocent conversations, these interactions escalate into the adults pressuring children to send them sexually explicit photographs or videos.

Nancy*, an online sexual exploitation survivor, says the predators use bribes or exploit children's vulnerabilities around self-esteem to get them to send images.

Later, they use the images as blackmail to coerce their victims into sending them more sexually explicit material and keeping the abuse secret.

"They may threaten to send the pictures to the minor's parents if they do not provide increasingly graphic images," she says.

​Online sexual violence is now a daily reality against children whose lives are now being shaped mostly behind a screen.

Every day, children are diving deeper into platforms that are not designed with their safety in mind.

According to a research by End Violence Against Children, the Internet has made child sexual exploitation and abuse available on demand.

"As they ingest information, build friendships and make connections, disturbing trends are emerging that threaten children of all ages, including those too young to speak," End Violence says.

The ever-increasing use of live streaming, grooming and sextortion has made the digital sphere a difficult place to be a child.

Despite girls being particularly vulnerable, boys are also accounting for those featured in online child abuse materials.

Speaking to the Star, psychologist Janet Moraa said despite parents working from home, children are now left under nobody's care as the adults are distracted.

"The reality of being home during the Covid-19 pandemic, though, is that adults are busy and distracted. They are struggling to balance the competing needs of managing their own mental health and supporting their children," she says.

Sheila Mwangi, mother of a nine-year-old, explains why she has given her daughter a phone, laptop and unlimited Internet access.

"I work from home and I have had to give a smartphone and other gadgets to my daughter to avoid distractions as I complete my assignments," she said.

In her view, the phone is a great distraction for her daughter, Alicia, who is at home over school closure.

"No one prepared me for a time when I would work from home. I had to send the house help home and the only way out for me now is the Internet," Mwangi says.

Asked whether she is aware of possible sexual predators online, she said it is not a worry as nobody can try to violate her daughter sexually on that platform.

Alicia spends most of her time playing games online, some of which always require her to communicate with other players.

For Maxwell*, 18, playing games online put him in a fix. At the age of 16, his working mother gave him unlimited access to the Internet and a smartphone. This was meant to keep him busy while away from school.

Spending his holiday playing games online, he interacted with a female player that asked to be friends offline.

Sounding innocuous, Maxwell accepted the invite and with time, they spent hours chatting on WhatsApp.

Bit by bit, the friend asked for pictures of him that he did not hesitate to send without knowing he was breeding a predator.

"I remember a time when she asked that I introduce her to my friends and even share contacts since she was looking to have Kenyan friends. I did not know that was a trap," he said.

The predator asked Maxwell to send him pictures more often and having won his trust, she asked for a nude photo of him.

Despite efforts to ignore her, the assailant promised him a financial benefit immediately he sent the image.

Behind locked doors, Maxwell took the photo and sent it to her. That is the point at which hell broke loose.

"She immediately changed and said from that point going forward, I would have to do what she said. If not, she would share my nude image with my friends," he said.

Afraid of his friends knowing he was involved in such a ‘filthy’ act, Maxwell obliged.

Every other time, the assailant asked for more grievous images than she had before.

Schooling in a day school, the online violence continued for a year before a depressed Maxwell opted to seek a psychologist’s help.

" This could be the case for many children during this pandemic if parents do not talk to their children about online sexual violence," Moraa says.

In one year, the Internet Watch Foundation found about 105,000 websites with sexual abuse content
News
2 years ago

The global expansion of inexpensive, high-speed Internet and the growth of smartphone, tablet and laptop ownership is swelling the number of children who can be targeted.

Additionally, the new populations coming online often have less awareness on how to spot the imminent dangers.

"With the introduction of online classes to minors to mitigate Covid-19 effects on education, more and more children are having unlimited access to the Internet," Moraa says.

Statistics from Equality Now, an organisation dealing with sexual violence, indicate that of every five children being sexually exploited online, four are girls while one is a boy.

It, therefore, asserts that despite girls being particularly vulnerable, boys are also accounting for those featured in online child abuse materials.

"The assailants are taking advantage of youngsters spending more unsupervised time online. They are seeking to groom and exploit children through sexual coercion and sextortion,” the research states.

Speaking to the Star, psychologist John Kimani said children often keep their interactions with abusers secret until they have escalated out of control.

In his opinion, it is because of the crippling shame around sex that predators exploit.

"We live in a society where sex is often thought of as bad or shameful. Kids do not want to talk to their parents about it," Kimani says.

"If the assailant has taken sexual images of a child, the victim is likely horrified that their parents will see this material."

For him, children often do not realise that they are the victims in these situations. Even when they do, they still fear others will think poorly of them because they are involved in something sexual.

This could be the reason behind the few cases getting to the authorities, despite a spike in violence during the pandemic.

"I have encountered far too many children in the emergency room who are in crisis or suicidal because they have been exploited," Kimani says.

"Some develop symptoms of post-traumatic stress disorder. Others suffer from chronic difficulties with trust and intimacy."

How children are exposed to online abuse

The normal psychological growth of a child is stunted when they are constantly online
News
3 years ago
by FAITH NYASUGUTA Business Reporter
Big Read
16 July 2020 - 05:00