Food for thought after office crush

• Life is so damn expensive after campus, you wish you could still be a goon and rebel 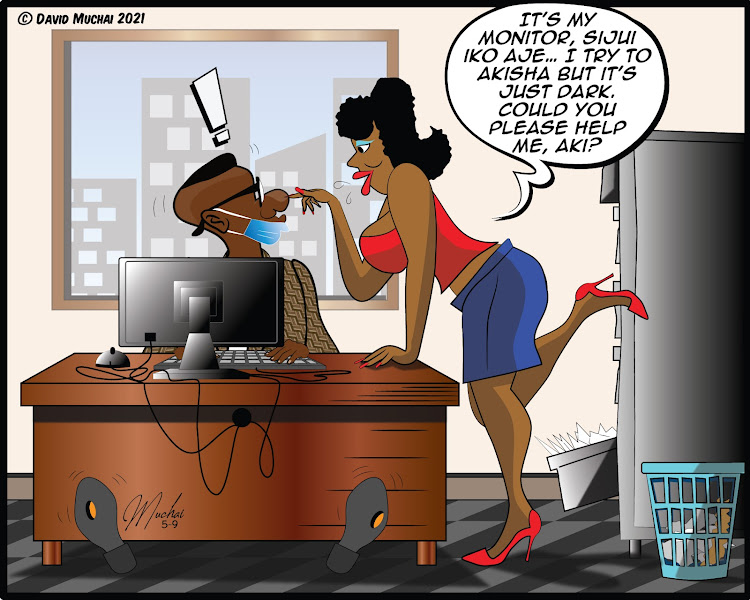 Her lips are moving but you do not want to believe she is actually talking to you. For a second, you think she is singing a really bad song, but then who would sing in a hot, stuffy chapo-dondo joint at 1pm? Not even this obviously crazy waiter, who is now saying to you, “Chapo moja ni twente fae na beans ni thate.”

And yet you have just swallowed four of those chapos plus beans on top, which means she is demanding Sh130 from you. Damn it! A hundred and thirty for a meal you were eating in campus for Sh40 barely a month ago? It is robbery. You wish you were still a goon, in which case you would have created quite the scuffle. And then you would have left in a huff without paying, as you shout at the joint owner to thank your ancestors for restraining you and your fellow goons from baptising their establishment in an eternal inferno.

But you are not a goon anymore. You are strapped in one of those cheap suits your elder brother loaned you for the industrial attachment. So you pay up while giving the waiter the death stare — which she does not even notice. And then you unbutton the second button on your shirt because you are now sweating, profusely. When such a hefty amount leaves your pocket, you must sweat, Omera. You are just glad you refused to wear the stupid tie. An official trouser, a shirt and a jacket, you could acquiesce to, but that is just how far you were willing to go. Ain’t nobody gonna choke you in a tie like some bloody Thunder and Lightning Ministries pastor.

You do not like this place mainly because you do not like new places. The county government ICT department, where you are undertaking your industrial attachment, is nothing like campus, where you have been for the past four years. As you have already noticed, food is expensive here. But that is not all, everything is new here. People are nice; you are not used to that. In campus, people are rude. The other day, this young HR officer with large almond eyes, long dark hair that falls over her shoulders and red lips curving ever so gently, came into the office where you are. You were alone because the other interns were preoccupied elsewhere.

“Are you an IT?” she asked, even though the door she just walked through is labelled ICT. You just nodded because you were too beauty-struck to utter anything.

“It is my monitor, sijui iko aje… I try to akisha but it’s just dark.” You watch her pouty lips touch and part as she speaks. “Could you please help me, aki?”

Now when a beautiful girl asks you to do something, you’ve got to do it, maan. And then she said please, a word that is alien to you because in campus, no one says please. People would just bring their laptops with a crushed operating system and say, “Wee, buda. Si unadai umeiva ma comp? Unda hii kitu tukuamini, bladf*k’n.”

Turns out the power cable was not properly inserted into the monitor that was ‘sijui iko aje’. But of course, you did not tell her that. It would sound, you know… so simple, mundane. You are not mundane, you are arcane, and tech-savvy. So you said something like the processor overheating and then quickly fixed that because Albert Einstein has got nothing on you. She was so impressed, aptly taken by your suave computer skills, that she professed her name, Melisa, saying it while rolling her tongue on the last two syllables to make it sound like Melisow.

Since that day, Melisa has been carrying you packed lunch and a smile, every single day. Mathayo should come see you now being treated like the African King you know you have always been. This act has elicited so much jealousy and chagrin from your fellow interns, and even the senior staff, who have not been lucky enough to receive such care from Melisa’s tender hands. This is why you have never even known how much lunch actually costs in these streets. Well, until yesterday, when Melisa did not show up for work. Apparently, she has developed a bad cold. If she does not show up tomorrow, you will quit this attachment thing and go back home to Min Jii, your mother.

This article was first published under the Campus Rover Column on www.mwalimuandrew.com

They often serve ‘chapo dondo’ to broke students and other Kenyans
Sasa
4 months ago
Should colleagues be allowed to get romantically involved?
by Tonny Ogwa
Entertainment
18 September 2021 - 07:00