Why can’t Kenyan football make it to the Olympics?

Our ‘thup! thup!’ style is out of touch with modern tactics

• The failures in boxing, volleyball and taekwondo show sports has greatly changed 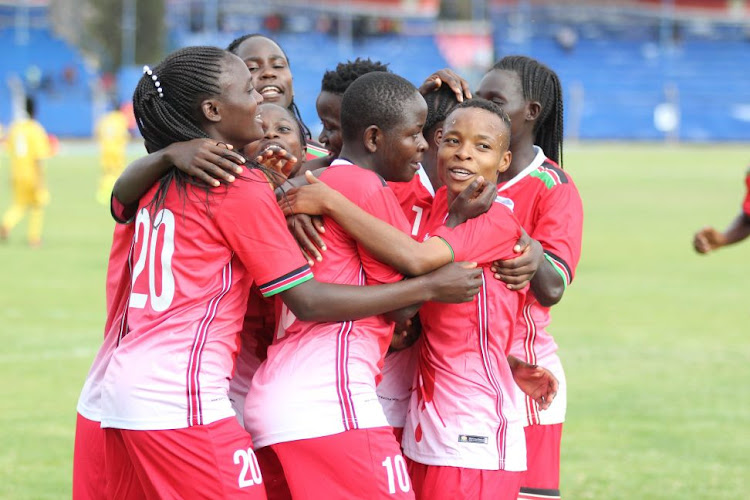 Harambee Starlets players celebrate after winning 3-0 against Malawi during the Olympic Qualifiers second round in Kenyatta Stadium, Machakos
Image: FILE

It has been a painstaking but sobering week for Kenyan sports, during which we have been compelled to climb down from our high horse as a worldwide powerhouse in sports. Our experience at the Tokyo Olympics has been a cruel lesson that we need to pull up our technical socks as far as different disciplines are concerned.

That brings me to our football standards; Kenyan football and technical nous are an odd couple, like Ivorian musician Grand P and socialite Eudoxie Yao. Ours is the ‘thup! thup!’ kind of football — known in street lingo as ‘kupura’ — where the keeper or defender kicks the football long into the midfield in the vain hope that a goalscoring chance will magically appear amidst the ensuing scramble for the ball.

Granted, the pathetic state of our stadiums does not do our footballers any favours in pursuit of this ‘carpet’ football — or as the Spaniards say, “tiki taka”. However, most local footballers lack a “footballing brain”, and it shows in the way they run with the ball, exploit spaces and show awareness to make the right pass at the right time.

These are skills that cannot be acquired when a footballer is in his or her 20s or, worse, 30s. They should be inculcated in a talented player as young as six years as is the case in the developed world. By the time he or she attains 18 years, such a player is a mature footballer and technically astute with a footballing brain equivalent to 30+ years of experience.

Whereas Kenya is not represented in football in Tokyo, the heartwrenching experiences of other disciplines, such as boxing, volleyball and taekwondo, have laid bare the reality that sports has greatly changed from the ‘ancient’ tactics we still cling to passionately.

The fact that our national football team is not in Tokyo is enough evidence we need to do more to be at par with other countries competing in the tournament. It is not a one-day, week or month exercise but a meticulous process with a long-term objective in mind.

If other countries have done the same and succeeded, why can’t we?