• If society follows celebs so keenly, they have a moral duty to set a good example 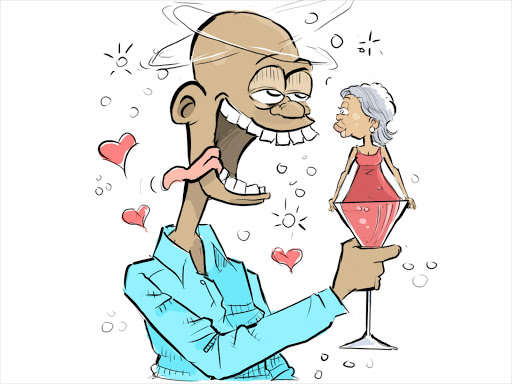 One could argue that as part of the population, celebrities are no different from other Kenyans and that their best and worst characteristics are a true reflection of Kenyanness. That would have been a valid argument until a local celebrity pushed the limits of decency to fresh lows.

Kabi wa Jesus, an online celebrity, shocked the country by admitting to fathering a child with his cousin. A married man, Kabi said the affair happened in 2013, long before he married his wife, with whom he has a son. Technically Kabi wasn't cheating on his wife, but his love affair with a cousin went against cultural taboos in this part of the world.

Legally Kabi has not committed a crime, but most ethnic groups in Kenya forbid romantic relationships between relatives. The saga has raised questions on whether celebrities have a moral duty to set a good example to the rest of the society, especially to those who are young and impressionable. If society watches your every move and listens to your every word, don't you have a responsibility to be at your best at all times?

The latest celebrity scandal comes shortly after one where Samidoh, a vernacular musician, admitted to having an extramarital affair with celebrity politician Karen Nyamu. The affair could no longer remain a secret after Nyamu posted videos of Samidoh cuddling their love child.

Celebrities have so much influence on our children, and if we don’t raise this conversation, our kids will grow thinking that being immoral is ‘cool’

Last year, celebrity couple DJ Mo and Size 8 went through marital turbulence when another woman claimed to have had an affair with DJ Mo. The woman said she had text messages and pictures to prove her claims.

Stories of illicit sexual affairs, sexual assault, violence, extortion and blackmail are becoming all too common with regards to the Kenyan celebrity scene. There is even an allegation that one celebrity couple faked a love scandal just to make it into the news. Bad publicity still counts as publicity, but the couple were clearly trying to take things too far.

Artistes in Kenya are expected to self-regulate because there is no outright censorship in the country. The Kenya Film Classification Board, whose work is to classify the suitability of films for various age groups, has attempted to use its powers to regulate celebrity content.

“Celebrities have so much influence on our children, and if we don’t raise this conversation, our kids will grow thinking that being immoral is ‘cool’,” Dr Ezekiel Mutua, chief executive of KFCB, says.

As proof that it has teeth to bite, KFCB pressed charges on comedian Eric Omondi in March this year. The crime: posting a YouTube video without submitting it to KFCB for review and classification.

Mutua faces criticism that his crusade against celebrity excesses is the equivalent of moral policing. Critics accuse Mutua of taking KFCB beyond its legal mandate. KFCB, before Mutua's tenure, used to be known for issuing film classification stickers.

In Tanzania, where the entertainment industry has spawned a vibrant celebrity scene, the government is regulating the on-stage and off-stage behaviour of artistes through the regulatory body, Baraza la Sanaa la Taifa (Basata). The organisation's name translates in English as the National Arts Council.

Basata is powerful enough to ban a celebrity from engaging in live performances. As many a Tanzanian celebrity has found out, Basata can stop radio and television stations from playing your music. In essence, Basata can completely cut off an artiste from all performances. Posting racy videos and explicit pictures could earn a celebrity a hearing with Basata. As artistes thrive on entertaining the public, none would want to be given a blackout.

Several Tanzanian artistes, including the famous Diamond Platinumz, have had to apologise for their actions so they can continue playing music in Tanzania. Most recently, actress Fridah Kajala and her daughter Paula were arrested over a saga involving leaked photos of Harmonize, another celebrity.

Back to Kenya and it is obvious that Ezekiel Mutua's KFCB is trying to fill at least part of the gap in regulating celebrity conduct in Kenya. However, KFCB can only get involved where films and plays are concerned. Celebrity conduct outside of public performances remains largely unregulated. Aggrieved persons can go to court as was the case when an upcoming socialite withdrew allegations touching on a sports personality after the individual threatened to sue her. In her apology, the socialite claimed she was drunk when making the allegations.

This year has seen several showbiz personalities come out to talk about the difficult lives they have endured away from the screen. Several of them say they squandered the money they made from TV shows after falling into the trap of alcohol abuse. These include Joseph Kinuthia (Omosh of the Tahidi High TV series), Dennis Mugo (OJ in the same series), Angel Waruinge (Miss Morgan) and comedian Njoro. Former Inspekta Mwala actor Allan Muliro admitted in the past that alcohol ruined his career in broadcasting.

Celebrity misconduct may be the product of the stressful lifestyle of the entertainment industry. Nairobi-based clinical psychologist Sylvia Raywe told the Star in a previous article substance and alcohol abuse are among the symptoms of depression.

"The dreams associated with success and societal expectations of these celebrities and their endeavours to lead such lives can trigger depression, especially if one faces under-achievement," Raywe explained. She however notes that social pressure and depression are not unique to celebrities but their problems are magnified from being the focus of public attention.

As Kabi wa Jesus ponders life as both father and uncle to his child, it might be time for Kenyans to think about the direction the country's celebrity culture should take. Should it be business as usual, or should Kenya follow Tanzania in closely regulating celebrity conduct?