With heat-retaining clay and fire-proof cement, they save 60 per cent of fuel costs

• The world aims to achieve clean energy for all by 2030, which needs women’s input

• Practical Action trained women in Migori to come up with briquettes, smokeless jikos 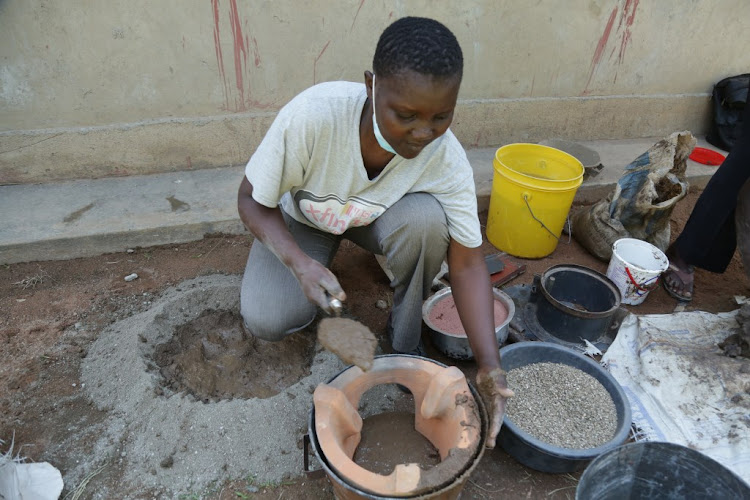 Millicent Odira, 45, a resident of Opapo village, makes improved jikos, which she sells to other women
Image: MANUEL ODENY

When Millicent Odira, 45, began making energy-saving stoves and jikos in 2018, she started having a transformational impact on her life and those of her customers.

Odira, a resident of Opapo village in Migori county, made them for individuals and institutions not only in Kenya but also Uganda and Tanzania, after shifting from selling clothes.

She said she first got trained by several NGOs in her table banking group and they thought it could be better to change to making stoves.

“We did the math and realised we could save up to 60 per cent of our cost on improved jikos as they used to burn on less fuel and were smokeless. When we sold the idea to schools, institutions and hotels around, they embraced it fully,” Odira said.

She said she gained skills in making rocket stoves, incinerators and boilers. They use heat-retaining clay and fire-proof cement.

“Our stoves will help reduce deforestation and reduce tension in homes as more money spent on fuel is a recipe for gender-based violence,” Odira said.

Once she got the skills to work, she found a ready market among women in the vicinity. She makes upwards of Sh100,000 a month, especially when she targets institutions. This has helped her educate two college-level and two secondary school children, in addition to building her house.

For the world to achieve its sustainable development goal of ensuring affordable and clean energy for all by 2030, women need to be involved.

As gender activist Sharon Atieno explains, women and girls are the main users and producers of household energy and directly feel the effects of pollution and the high cost of fuel.

“They spend a large part of their day collecting fuelwood, which translates into not only perpetuating poverty and inequality but also lost opportunities for education and remunerated labour,” said Atieno, the gender advocacy officer at Practical Action.

More than 4 million people, mainly women and children, die every year as a result of indoor air pollution from inefficient and poor fuel use, according to the World Health Organisation. It increases the risk of stroke, pneumonia, lung disease, cancer, asthma and other diseases. 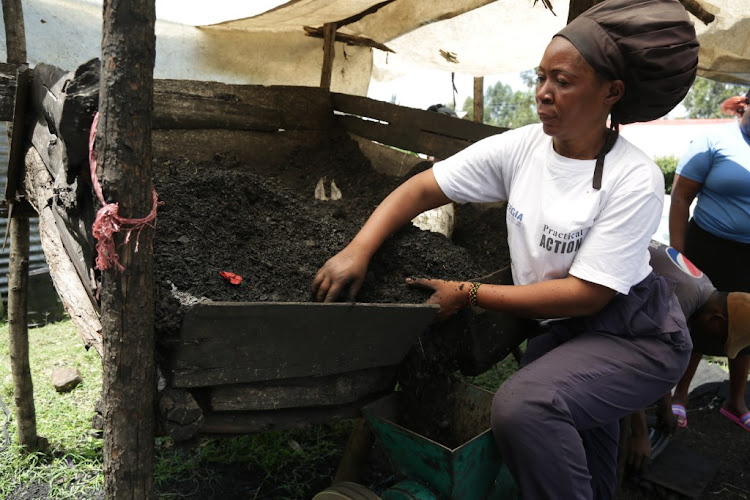 In Rongo town, Caroline Akinyi a member of Ratat CBO, switches on an electric starter and an automatic briquette making machine starts to churn out rolls of the fuel.

“We saw a lot of sawdust in local mills and carpenter shops go to waste, and while charcoal prices were high, costing Sh2,000 for a 90kilo sack, we realised briquettes could fetch half the price,” she said.

The group started making briquettes and selling among themselves in 2010 before they could access a small loan and bought the machine than produces a tonne of briquettes a day.

“Sawdust is readily available, the only challenger is getting the binder which is starch w have to source it around Nakuru. Otherwise we have scaled up to include hotels and institutions as our market,” Akinyi said.

She said compared to charcoal, briquettes are more environmentally safe as they recycle sawdust and sugarcane husks and they are smokeless and spark-free when burning, making them non-toxic.

“We have branded and are selling our briquettes in small kadogo packages of Sh20 to attract more customers as we plan to expand ouf venture,” Akinyi said.

Odira and Akinyi are among 400 women entrepreneurs under the Women in Energy Enterprises in Kenya project by Practical Action brought together from seven counties to help improve their stake in the energy sector.

“In Kenya, like most of the world, progress in the energy sector has been slow because men dominate it. We need to empower women economically to be users and distributors of clean energy,” Atieno said.

She said the 400 women sell solar products, briquettes and improved cooking stones, which have helped in providing income for themselves while saving the environment.

“Women face challenges of lack of skills, access to market and capital in the energy. Once we bridge these gaps through training, offering markets and capital, we are set to revolutionise the energy sector,” Atieno said.

The project has so far provided 50 "digesters" to homes in the city of Kisumu.
News
1 year ago
Three ways to make jobs family-friendly
Post a comment
WATCH: The latest videos from the Star
by MANUEL ODENY
Big Read
15 October 2021 - 05:00
Read The E-Paper