How Westgate attack changed the way Kenya responds to terror

Security agencies now work in tandem to nip any threat in the bud, with dusitD2 response showing the improvement 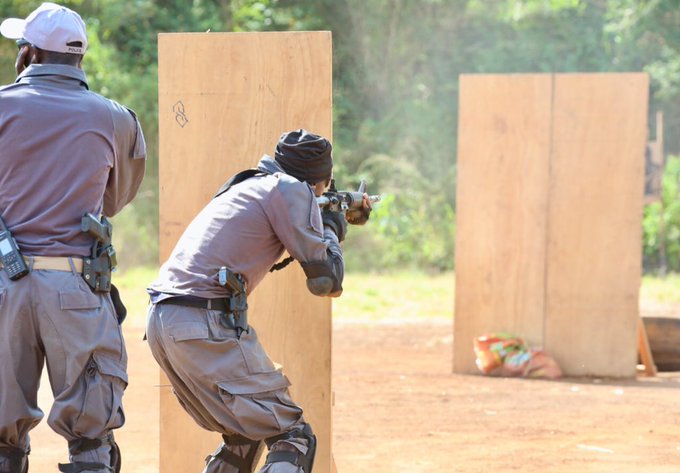 When the Westgate Mall in Nairobi was attacked eight years ago, there was a glaring lack of coordination among security agencies.

They blamed each other in public for the lapses that left more than 70 people dead and tens injured during a four-day siege.

Lives were changed and many carry the scars to date. But for the security apparatus, it was a moment of reckoning.

From the military to the police to the intelligence service, no one wanted to take responsibility for the fiasco.

The authorities’ poor response to the siege brought the country’s preparedness under sharp scrutiny, even though four gunmen died during the attack and it has never been proven others escaped.

The attack caught many unawares and prompted various changes in the sector, including the enactment of the Security Laws (Amendment) Act 2014, amid protests from some legislators, who felt some of the laws were punitive.

Some security chiefs were later removed largely because of the attack.

Government officials say they are prepared to deal with any threat and that the country is safe.

Today the country is taking stock of progress made since that busy Saturday afternoon when terrorists took over a mall at the heart of the capital city.

Mohamed Abdi and Hussein Mustafa are accused of assisting al Shabaab extremists who masterminded the attack.

The whereabouts of a third defendant, Libyan Abdullah Omar, who was acquitted in the trial in early October 2020, remains unknown after he was taken by gunmen.

It was established the attackers were prepared out of the country and ferried to Kenya for the mission.

They had local corroborators who enhanced their attacks and two of them were jailed.

Mystery of terror suspects being abducted after court frees them

Since then, each of the security agencies has been rushing to prepare their personnel for any such attack in terms of response.

The government officially adopted a multi-agency approach, which is largely being used by the security agencies in managing various threats.

This witnessed during the 2019 Dusi-D2 complex attack in the city where 21 people were killed.

This is because the response was swift with a single command and hence saved many lives and neutralized the attackers who were ready to kill tens of people.

In the security sector, each of the units has formed response teams dedicated to counterterrorism response at large.

They are handpicked to undertake specialised training crucial for offensive operations that enhance practicable capability in its routine and emergent operational deployments.

The teams partner with other specialised counter-terrorism units, including the Special Programme for Embassy Augmentation Response (Spear) and others across the disciplined forces. They carry out regular military manoeuvres, which include intelligent and tactical approach in handling terror incidents.

These annual manoeuvres take several days and are usually witnessed by all top heads of the participating services and forces, led by the Commander-in-Chief.

The key aim of this exercise is to nurture and cultivate multi-agency cooperation, making their actions during an emergency as fluid as water.

Why there are fewer attacks

The teams have been undergoing a rigorous training exercise overseen by some of the world's most lethal police units, including those from Israel, US, Spain, Germany and the UK.

Officials say they get the best training for mission readiness.

For instance, in the military, they have a team called Special Forces based in Gilgil and Kabete Barracks in Nairobi, ready for any response.

In police, there is Recce, which is based in Ruiru, Kiambu county, and is always ready for response. They have a chopper dedicated to them for response.

In the Administration Police Service, there is a new Special Operation Group (SOG) that is specifically dedicated to border points, where they are pursuing the militants.

They have pacified a huge place in the northern part of the country and Boni forest.

The latest kid in the block is a team within the Directorate of Criminal Investigation under the Anti-Terror Police Unit (ATPU).

The special unit took centre stage during the dusitD2 terror attack in January 2019.

Although 21 lives were lost, more than 700 people were safely evacuated from the building complex and all the terrorists killed.

Officials say the fact that the heinous attack was discovered to have been planned and executed by Kenyan citizens warranted the formation of an elite unit to deal with the threat within.

Having been birthed due to the horrific terror attack, the special unit is only called out on the biggest and most sensitive incidents.

Kinoti unveiled the special unit upon successful completion of a rigorous training period, with some of the manoeuvres and drills instilled on members of the unit falling under the ‘classified’ category.

Each of the units has special weapons for their operations. Most times, they are clad in full combat gear and balaclavas. They are armed to the teeth with an array of weapons, including the Spanish CZ Scorpion EVO 3 A1 airsoft rifle and the Belgian FN Scar rifle, giving them the image of a mean-looking unit.

Their special assault rifles have double-stacked magazines. The level of equipment and level of training of these units varies greatly, depending on the threat at hand.

“A platoon of young energetic officers is headhunted for this endeavour,” Kinoti said in an earlier interview.

And all these have been done out of lessons learnt from the Westgate attack.

We have had increased consultations, information sharing and increased utilisation of resources, hence a secure system

Interior CS Fred Matiang’i says the multi-agency approach in managing the borders in the country is bearing fruit and should be embraced.

He said since the approach was embraced, different forms of crimes, including terrorism, human trafficking and smuggling cross-border, have reduced.

He added there is coordinated sharing of intelligence among agencies involved in the management of the borders, hence a stable country.

As part of embracing the approach, the government has unveiled Kenya Coordinated Border Management Programme and Facilitator’s Manual.

This will enable those handling the borders to know what to do when and how. This is because most terror threats in the country emanate from outside, although some are homegrown.

Inspector General of Police Hillary Mutyambai said the multi-agency approach has stopped major crimes and sharing of intelligence had enhanced many issues.

“We have had increased consultations, information sharing and increased utilisation of resources, hence a secure system,” he said.

He said the role of border control has come a long way and is presently to enhance national security, public safety, economic security, environmental and revenue protection.

The inception of the coordinated border management approach after the establishment of the Border Control and Operations Coordination Committee (BCOCC) through the Security Laws (Amendment) Act, 2014, was a major milestone in Kenya’s Border Management Strategy.

“The Border Management Committees (BMCs) at the border areas have been instrumental in living to the true spirit of the Multi-Agency Approach,” he said.

The agencies working under the multiagency framework include the Kenya Revenue Authority (KRA), National Police Service, Kenya Bureau of Standards, Public Health and Office of Directorate of Public Prosecution among others.

They are under the Multi-Agency Taskforce (MATT), which conducts operations to disrupt any form of threats in the country.

President Uhuru Kenyatta had in December 2020 presided over the official handover to the military the management of government civilian-owned planes in the country.

NASD is a multi-agency unit created to consolidate and ensure the efficient utilisation of national aviation assets.

Even though the agenda of the agency is yet to be met, officials say they are optimistic it will work well in the end.

Kenya thanks FBI, UK and Israel for Westgate convictions

New police spokesman vows to ‘tell it as it is, without hiding’