Arbitrary arrests, killings or disappearing of suspects is outdated as well as giving such attacks acres of space in the media.

•Initially such incidences were looked from a security lense and many times, brutal force was used to deal with, which was not very successful.

•Such threats as violent extremism, terrorism and radicalization require community involvement, intelligence and multiple agency approaches- for they have an economic, political and socio-cultural push and pull factors that transcend one approach. 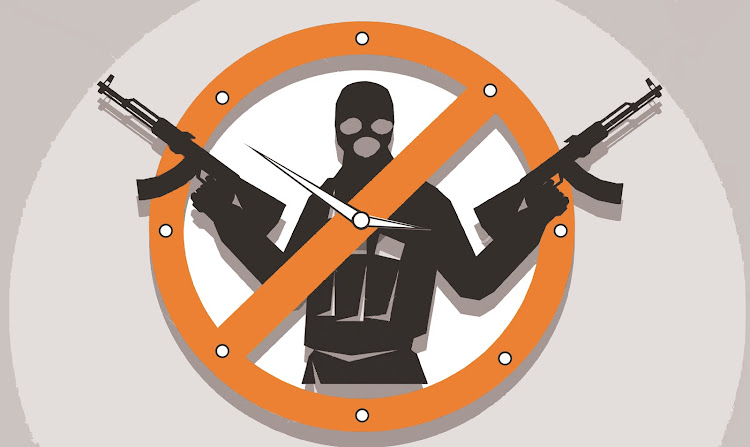 Gradually and with growing mutual approach to dealing with terrorism, Kenya has made some strides on the enhancing the resilience of Kenyans to overcome the impact of this global challenge.

Through expanding knowledge and global implications of terrorism and radicalization, media and security agencies improved professional relations on information sharing and management as they work to improve how to mitigate the impact of such attacks on the economic and social lives of Kenyans.

From the lessons learnt during the Westgate Mall attack on September 21st to the most visible recent attack at Dusit, especially on building the bold response to such attacks, several collective actions including in terms of security response, access to information and professional media coverage of terrorism attacks, the country has shown growth and maturity within that sphere.

Initially, such incidences were looked from a security lense and many times, brutal force was used to deal with, which was not very successful.

Such threats as violent extremism, terrorism and radicalization require community involvement, intelligence and multiple agency approaches- for they have an economic, political and socio-cultural push and pull factors that transcend one approach.

Arbitrary arrests, killings or disappearing of suspects is out dated as well as giving such attacks acres of space in the media all through only works on embolden the attackers. Engagements with the media to expand their knowledge and implications on their media coverage of such national issues works more effectively than use of force or laws that seem to encourage violation of human rights even of the suspects as it were.

Media was included in the National Strategy to Counter Violent Extremism three pillars that include focus on multi agency approach, de securitize the war on terrorism and through information sharing, enhance country’s determination and resilience against such threats and attacks. There is increased trust and understanding around issues of freedom of expression, access to information and national security as complimentary processes in the country’s quest to mitigate the impact of such security threats.

Its no longer the thinking that national security and access to information are antagonistic principles, and where trust and professionalism exist, whenever the country faces threats such as terrorists attacks, joint action and understanding allows the nation to minimise the impact of the security breaches. Where trust exists, media and government dialogue and engagement over progress and attack statistics are normal for the good of the country.

It has improved and for the journalists with close contacts with security agencies who are trusted its longer a major issue when dealing with national security issues, for the general media, it can be done better. And its not just information on the operational issues that are largely restrained by the force standing orders, and the fact that some of the issues happen so fast in remote areas, but such organised and rapid response gives the country the confidence that despite the attack, they are safe. And its not about competing with the enemy, but the much-needed assurance something has happened and we are aware.

Terrorists thrive on publicity and will claim responsibility even on attacks not associated with them. It’s important that information even just acknowledging that such an event has happened, its being contained, and need for calm as we wait to assess the extent of the attack including casualties is very critical for the media- which by then is receiving so much information from all manner of sources. Its best practice that Government communication is released so that media has the role of deciding which is the credible source of information.

The Code of Conduct for the Practice of Journalism in Kenya provides that the media should avoid presenting acts of violence, armed robberies, banditry and terrorist activities in a manner that glorifies such anti-social conduct. Also, newspapers should not allow their columns to be used for writings which tend to encourage or glorify social evils, warlike activities, ethnic, racial or religious hostilities.”