Mystery of terror suspects being abducted after court frees them

'Ni Mungu tu,' Omar's family sighs in a plea for divine intervention as police distance themselves from abduction 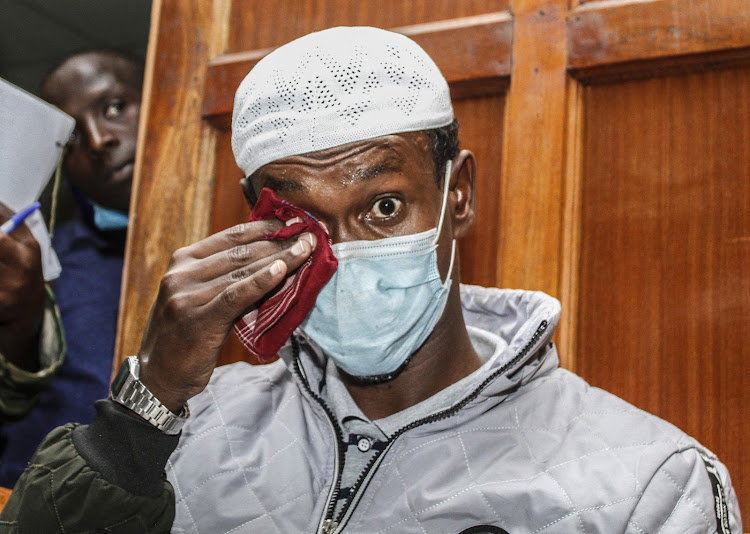 The family of freed Westgate terror suspect Liban Omar has vested their hopes in God following near-fruitless efforts to track him with the help of police.

It’s a week since Omar was abducted last Thursday, and the family fears the days could turn into weeks and months, going by uncertainties and loud silence from the state surrounding his disappearance.

For seven years, Omar and two others, Mohammed Abdi and Hussein Mustafa, had been shuttled back and forth between Milimani law court and Kamiti maximum prison over links to the 2013 Westgate terror attack.

During the sentencing of the three last Wednesday, chief magistrate Francis Andayi ruled that the prosecution had proved to court that Abdi and Mustafa conspired with the attackers of Westgate.

Omar, a brother of one of the Westgate attackers, was freed for lack of evidence.

“He communicated with his own brother 37 times. That is not sufficient for me to find that it was a link to show he was conspiring with the terrorists,” Andayi ruled.

“I give the benefit of the doubt to the second accused person and find that the communication he had on his phone was innocent.”

Following the ruling, Omar was cleared at Kamiti maximum prison and proceeded for another clearance at the ATPU offices, as is the norm. All clearances went without a hitch.

However, minutes after leaving the ATPU offices with two family friends, a sister and an aunt, the taxi they had boarded was hijacked by occupants of a black Subaru car. The driver pointed a gun at Omar’s car while ordering the driver to stop, one occupant who asked not be named told the Star.

Staring at guns and heavily built men, the driver obliged, and the gunmen then pulled Omar into the Subaru and sped off with the taxi’s key.

Shocked relatives, a driver and keyless car were left stranded in the middle of the road near Kenyatta National Hospital.

The car was pulled off by a breakdown before the driver asked for a spare key. The matter was booked at Capital Hill police station as OB 28 at 1.08pm.

This guy didn't even enjoy freedom for five minutes... They don’t believe in the rule of law. I'm just hoping they will dump him somewhere we can trace him

“It was less than 10 minutes after leaving the ATPU, who else could it be?” the occupant, perplexed by the turn of events. “It was fast, who else knew Omar was in this car?”

On Sunday, Omar’s lawyer Mbugua Mureithi said it could be a collaboration between the ATPU and National Intelligence Service officers.

“This guy didn't even enjoy freedom for five minutes. It wasn’t a complete surprise, only we are shocked,” Mureithi said in a phone interview.

Sahra Susana, Omar’s sister who was with him in the taxi during the incident, also pointed a finger at the police unit.

“They (police) are not helping us, so we are just waiting,” Susana said on Sunday, adding that, “Ni Mungu tu (It's only God who can intervene).”

Her voice over the phone was faint and weak.

Lawyer Mureithi confirmed police are not cooperating on the matter and had been ignoring calls for enquiries on progress in the case.

“They don’t believe in the rule of law. I'm just hoping they will dump him somewhere we can trace him,” Mureithi said.

He doubts Omar will be released, fearing he will be detained instead.

“The abduction doesn’t offer any justice to the victims of Westgate. Unfortunately, the story is now changing from Westgate attack to the abduction of my client,” Mureithi said, calling the move counterproductive in fighting terrorism.

The sentencing of Abdi and Mustafa, who were found guilty, may delay as Mureithi promised to take the abduction of Omar to court.

Like in the past, police silence on the matter appears to give credence to claims that the service may have, indeed, been involved in the disappearance of Omar.

On Thursday, Nairobi Central police boss Mark Wanjala said he is not aware of the abduction, while calls to Nairobi police boss Rashid Yakub went unanswered on Sunday.

“If the police are not satisfied with the ruling, they should appeal and follow the laid-down processes.”

Khalifa said another suspect, Ahmed Abdullahi, was abducted in Eastleigh after being acquitted by the High Court in July.

The suspect had just cleared with ATPU when he was abducted in a similar style.

And Mureithi said in 2018, four other clients were abducted after being cleared of terrorism charges.

A local daily quoted him as saying the four called from Somalia eight months after they were abducted.

In 2015, the Kenya National Commission for Human Rights released a preliminary report titled, ‘The Error of Fighting Terror with Terror’.

The report noted that security forces violated the law and provisions of the bill of rights “with pernicious impunity in the ongoing crackdown against terrorism”.

“This report documents over 120 cases of egregious human rights violations that include 25 extrajudicial killings and 81 enforced disappearances,” the report read in part.

"As detailed in the foregoing, these violations are widespread, systematic and well-coordinated and include but are not limited to arbitrary arrests, extortion, illegal detention, torture, killings and disappearances."

It recommended the President acknowledge and condemn the abuses by security agencies and call upon them to ensure respect for the rule of law and human rights in the fight against terrorism.

The International Convention for the Protection of All Persons from Enforced Disappearance, which Kenya has signed, states that, “No exceptional circumstances whatsoever, whether a state of war or a threat of war, internal political instability or any other public emergency, may be invoked as a justification for enforced disappearance.”

It acknowledges the ‘extreme seriousness of enforced disappearance, which constitutes a crime and, in certain circumstances defined in international law, a crime against humanity.’

For Omar, the lawyer and family believe he may either end up being released following public outcry, deported or may go missing for good, going by precedent.

Facing these realities, the family hopes for the best for their relatives declared innocent by the court.

Familiarity with neighbours is central to its social fabric, keeping Shabaab in check
News
2 years ago
by ANDREW KASUKU Photojournalist/Writer
Big Read
15 October 2020 - 05:00