The struggle to move on after husband dies

Covid-19 has claimed more men than women, increasing the number of widows

• Stigma is another challenge, with some speculating that your husband died of HIV 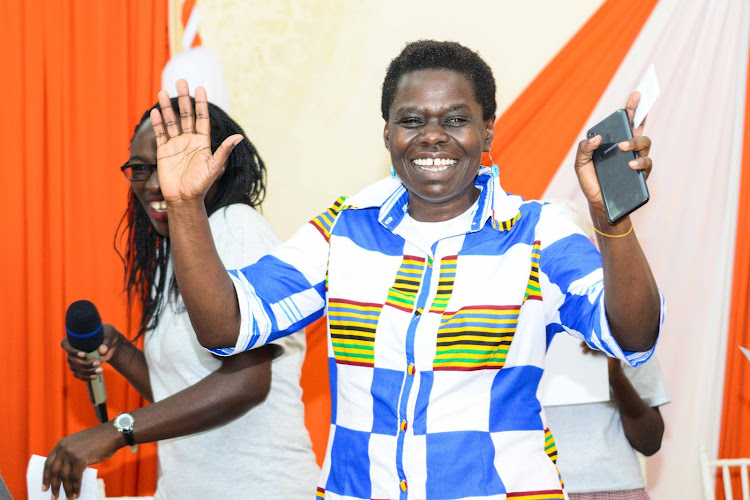 For Jane Anyango, it is not always easy for women who have been widowed to move on.

Anyango is the founding director of Polycom Development Project, which empowers girls and young women in Kibera slums.

She decided to join the conversation about widows after she lost her husband in 2018, something she says threw her into a deep state of depression.

The death of her spouse came barely a year after the loss of her mother.

“It was really tough. Because of the community work I am doing, people thought I was strong, but I was burning from inside; I couldn’t sleep. I would feel so bad at night that at times I would even think I was dying.”

Too much stress with nobody to talk to and listen to them has made very many widows die soon after their husbands, she says.

She says that unlike men who are always quick to move on, women take time to come out of the situation, something she attributes to a strong bond between the mother and the children.

Having to fit in a society that is too judgmental is another challenge, with some speculating that your spouse died of HIV.

“There are women who start looking at you like, 'You know, she is going to come after our husbands.' People start judging you. In fact, the people who judge you most, apart from fellow women, are the clergy,” Anyango says.

“They come in very fast, even before the man is buried, and they start telling you why you should not go into another relationship. So widowhood is really tough.”

She notes that immediately after the loss, widows always want to take their time and organise themselves and adjust themselves, compared to men who get other wives to take care of their homes.

Widows are always cautious about who is coming into their lives to fill the gap. With the stigma surrounding widows, they are insulted by fellow women when seen talking to their husbands.

“People believe all dead men died of HIV, so the moment they see their men talking to you, even if he is not seducing you, then it is like, 'You want to infect my husband with HIV and kill him like you killed yours.' So it is a very serious stigma,” Anyango says.

She says widows who opt to marry younger men are treated as outcasts, while those who are young and still sexually active may opt for married men since they don’t want to remarry and leave their children behind.

Anyango says the Covid-19 pandemic has claimed the lives of more men than women, thus increasing the number of widows in the country.

She now wants widows to be included in the government cash transfer programme alongside other vulnerable groups to be empowered to get back to their feet.