Why Kilifi is struggling to tame teen pregnancies

• Survey found boda boda operators are not the only predators; sometimes it's fathers

• Group fighting trend found sex-for-pads is to blame, but tackling it needs funding 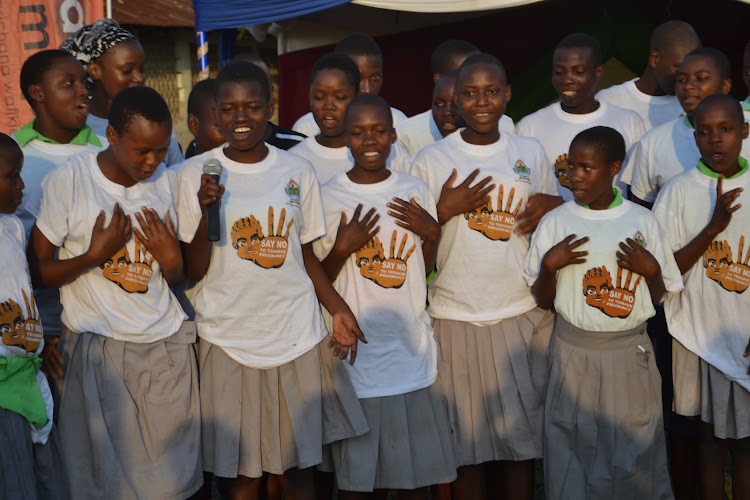 While an estimated 18.4 per cent of girls ages 15-19 across Kenya have begun childbearing, in Kilifi the rate is higher, at 21.8 per cent, with girls more vulnerable this year as they stay out of school due to the pandemic.

To fight this worrying trend, a group of youth from Mariakani are running mentorship and education programmes.

Mary Kazungu, 26, says they did a survey that found many girls fall victim to teenage pregnancy due to lack of sanitary pads. The study was done in conjunction with Kilifi Citizen Forum and Bunge la Mwananchi Sauti ya Wanawake.

The survey also found that boda boda operators, often suspected of preying on girls, are not necessarily the cause of teenage pregnancies.

"Boda boda operators told us they are just messengers who are sent to pick girls from one point to a certain destination. There are several cases at the police station, which we followed up," Kazungu says.

The youth champion said among the cases is a father who impregnated his daughter. "After being questioned, he seemed unworried about 'eating his own honey'," she says.

Kazungu teamed up with fellow mentors and came up with a group to ensure they champion for the girls to get sanitary towels.

After discussions, they came up with the idea of making reusable pads for the girls.

"We thought of looking for a person to train us on how to make the reusable pads, so we could give a girl like two of them to enable her to change and wash the dirty one," she says,  adding they are yet to get such a trainer.

Mariakani ward, where she comes from, has two sublocations: Kawala Kadzonzo and Mariakani Mitamboni.

"Our aim is to conduct sensitisation to bring the girls together, train them on how to make the pads so they can make on their own easily at their homes," she said.

Kazungu, who is a mentor working with DSW, says they are hoping to get a sponsor to help them facilitate the training so they can learn the skills and pass it on to the girls.

However, since she began the mentorship programmes, awareness has increased and people report cases of girls affected by teenage pregnancy.

Recently, a case was brought to her attention involving a 13-year-old girl who is five months pregnant.

After following up, the girl admitted she was pregnant, but the mother was in denial.

"We found out the mother colluded with the man to procure an abortion for the minor," Kazungu saysi. 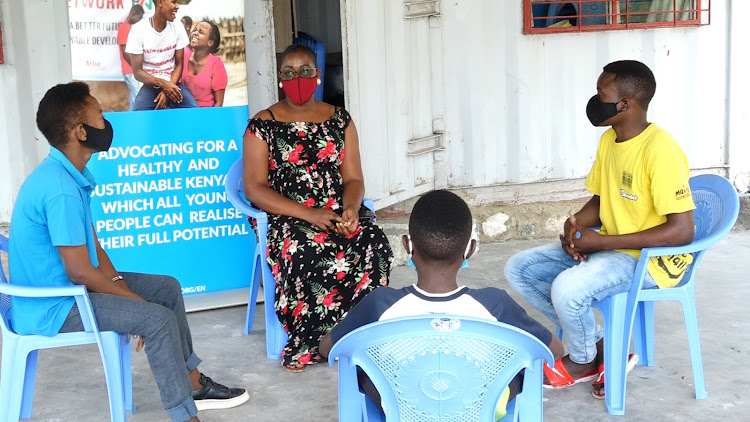 You find young girls employed in restaurants, as housemaids and as food sellers at construction sites. At the end of the day, they get men who seduce them

Fellow youth champion Judith Kambi, 25, has been in the forefront in supporting youths, particularly during the pandemic.

"Many youths have lost direction since they no longer go to school. You find young girls employed in restaurants, as housemaids and as food sellers at construction sites. At the end of the day, they get men who seduce them," she says.

Boys, on the other hand, spend most of the time in 'vijiweni' or maskanis, where youth sit idle without work.

In these areas, Kambi says, youth are easily lured with miraa, muguka and bhang, and they end up becoming drug addicts.

During the lockdown, she and her team of youth champions used to conduct online sessions with the youth.

However, not all youth have smartphones, which made it difficult to reach out to many.

"Not all young people could be having bundles each time there was a session, so it was a challenge, but for the few we used to get, it had a great positive impact," she says.

She says DSW used to offer them support, which they extended to the youth to enable the online sessions to succeed.

Right now, they can call the youth and hold counseling sessions, and the youth are opening up.

Kambi says cases of gender-based violence are rampant, particularly fathers defiling their own daughters. She says they have established that men coordinate with their young sons to defile the girls at home.

"Whenever you ask the parent, he says it's not bad for bees to drink their own honey," she says.

She blames village elders for the increase in cases of GBV, saying they are a stumbling block to justice.

"They call out parties in kangaroo courts and fail to report them to the authorities. That's why many cases go unreported," she says.

In Mariakani, such cases are realised late and mostly lack evidence, such as the issue of abortion, if it's already done, Kambi says.

What hurts her most is the fact that they get many cases late and fail to get any evidence to help in pushing for prosecution.

"Many young girls have been married, they fled their homes to begin lives with their husbands because of poverty. They see a fortune in a boda boda as it will be easier to get food than at their poor home," she says.

She says those who are hooked up to boda boda operators and end up getting married begin by receiving handouts like Sh50 for lunch, Sh200 for salon, among others.

One is in Standard 7 while the other is a KCPE candidate at a local primary school.
Counties
2 months ago

Kambi is worried that many girls risk missing out of school in January as there are many cases of early marriages.

The youth champion is aware of up to 15 cases of young girls who are married and were schooling before the Covid-19 pandemic struck.

"Some fled because of teenage pregnancies. Others just got married and are being pursued by police officers," she says.

Mariakani chief Harisson Katana says the pandemic has been a difficult time for young adolescents.

Most youth are students and since the schools were closed, many are at home "idling, not knowing what to do".

"Many have challenges of being hooked into drug abuse and sexual behaviours, which causes teenage pregnancies," he says.

Inside a teenage party amid school closures

Drugs, alcohol and sex are what many are filling their free time with
News
4 months ago

Katana's office has been educating village elders and Nyumba Kumi leaders to report cases of teenage pregnancy or sexual and gender-based violence.

He says there were cases of children who had been lured to early marriages but he rescued them and ensured they were safe.

Since the pandemic began, his office got six cases of girls who are pregnant.

"We have had challenges because some of the youth went out of the location and we could not get information from there," he says.

Katana says they work closely with the Children's department to educate the youth to stay safe during this pandemic.

"We are also working closely with the Mariakani OCS so that once we get those cases, they are handled. Recently, we reported a case of a boy and a girl, and it is now in court," he says.