• Thousands of girls have been defiled in Kwale, most of them by close relatives

• But the teen pregnancies rate is reducing, so corona is not to blame; it is perversion, early marriages and lack of sex education to sensitise girls to abuse and their rights 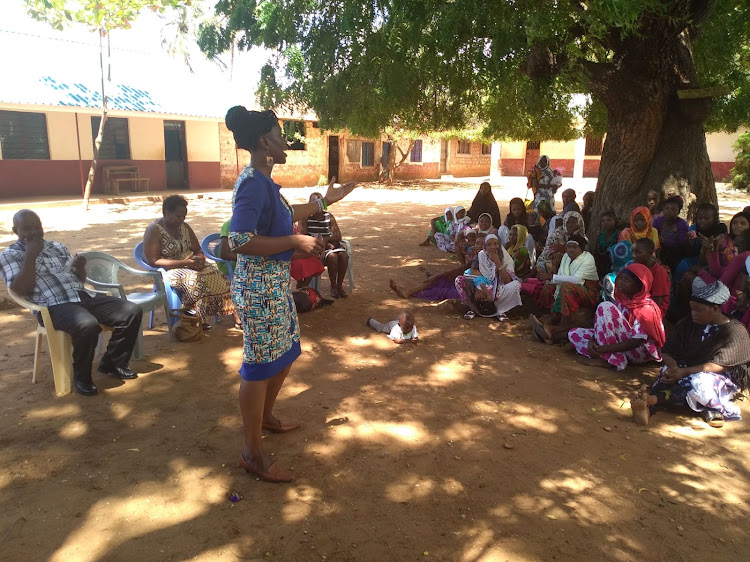 “The long showers I take don’t wash away the memories. Why do I have to face these tragedies? We go through struggles in life, I am aware, but having my daddy touching me, that’s not fair.”

These harrowing lyrics are from the song, 'Daddy' by reggae artiste Queen Ifrica. The song illustrates the sexual abuse many girls go through in life at the hands of family members.

This is rampant in Kwale county, where the coronavirus pandemic with its escalation of sexual and gender-based violence masks the reality of a monstrosity in men that predates the virus.

Mariam*, 14, not her real name, happens to be one of the survivors.

“I will kill you if you don’t give it to me. Don’t you know I love you?” Mariam narrates how her father used to demand for sex after sneaking into her room late at night.

Looking at Mariam’s face, the hot tears clouding her eyes could tell she is still in great pain, pain that no justice can heal.

She says the father would beat her up if she refused to have sex with him.

Her case is one of the many incidents that happened when the Covid-19 pandemic hit Kenya, forcing the closure of schools to mitigate its spread.

Between the months of May and June, about 18 cases of defilement were reported in Kwale, police records indicate. Most involved close relatives.

I used to get worried a lot when evening approached. I wished I could run somewhere or tell someone, but I was afraid, knowing my father would rape me the whole night

Mariam can’t recall how long her father has been abusing her, saying it occurred almost daily.

The day would just end well but when darkness came, she quivered, knowing it would be a long night.

“I used to get worried a lot when evening approached. I wished I could run somewhere or tell someone, but I was afraid, knowing my father would rape me the whole night,” the minor said.

The raping happened day and night when nobody was at home, especially after school. Mariam is a class five pupil at a public primary school in the county.

She said her father would grab her, gag her with his hand and strip her. And what unfolded was much like what Queen Ifrica goes on to sing: “Daddy, stop it. Daddy, don’t touch me there. I am going tell on you one day, I swear. Can’t you see I am scared? You're supposed to be my father.”

But with too many threats from him, Mariam decided to remain silent, hoping one day she would be free from the ‘animal’ she called dad. 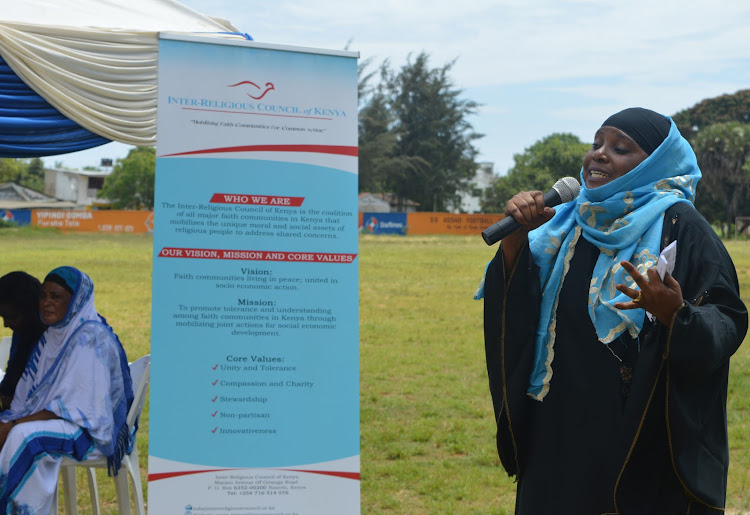 The girl told me her father used to tell her the older sisters were well married and given best prizes because they were not violent like her, meaning he might have started with them

HOW HER TROUBLES BEGAN

Mariam’s mum divorced her father when she was eight years old, and she was brought up by a stepmother.

She says the foster mum had gone to visit some relatives when her father started to lure her.

She said most of the time he promised to buy her gifts and hold a colourful wedding party when she got married.

The girl at some point could fall for her dad’s tricks, but her instincts cautioned her.

She said the father used to open the door using a knife and lock it when he got inside.

Her uncle says the violation began as early as June last year. He said the father used to take advantage of his daughter when his wife had gone for a long trip.

The uncle said even the stepmother could be threatened when she tried to intervene.

Most of the threats Mariam faced were to be killed or exiled from the family if she ever disclosed the dirty secret.

The uncle fears her sisters may have suffered similar exploitation. Mariam is the fifth daughter in a family of six children, all girls.

“The girl told me her father used to tell her the older sisters were well married and given best prizes because they were not violent like her, meaning he might have started with them,” the uncle said.

He said one Friday evening, Mariam decided to break her silence and cut herself loose from her dad’s slavery chains.

“She came here crying, telling me her father has been forcing her to sleep with him for a while, and today she said enough was enough and ran away, fearing the beatings," the uncle said.

After a rights organisation intervened, the father was charged in court, taken to Manyani then GK prison in Kwale, where he was released on bond.

Rape of minors in Kisumu sparks cry for safe houses

Based on a report by a county community health volunteer (CHV), Plan International says there is evidence of increasing cases of defilement in Kwale. Defilement refers to the rape of a minor (someone under 18) by an adult.

From the time coronavirus was reported in March and afterwards, several cases of defilement were reported to the organisation.

One case involved a two-and-half-year-old who was raped by an uncle (as confirmed by Tsimba orphanage CEO Justin Masha), while another involved a 14-year-old girl who was made pregnant by her biological father. Both cases were in Mkongani, Matuga constituency.

“The CHVs have enough evidence that child sexual abuse is thriving at the community level to an extent that young girls are suffering in the hands of relatives,” she said.

In Msambweni subcounty, Mivumoni chief Thomas Ngangi said in the month of May and June alone, more than five cases had been forwarded to his office, while several others were reported to have been solved out of court.

The administrator said the victims are mostly minors below the age of 16. He said in Nguluku, a young girl of about 9-14 years was defiled by her two brothers, both minors.

Recently, a 16-year-old student in Ukunda was alleged to have been raped by a teacher.

Msambweni subcounty police commander Nehemiah Bitok said the teacher is accused of kidnapping the girl and sexually abusing her for two weeks.

“The girl went missing on June 26 and was made a sex slave by two men, of which one happened to be a school teacher,” Bitok said.

The girl alleged that the teacher used to rape her with the help of his two friends.

Bitok said Msambweni and Diani division had recorded over 13 cases of defilement from March to July.

In August, a police officer was accused of defiling and impregnating a 14-year-old girl in Matuga subcounty. The Class 7 girl was 10 weeks and two-days-old pregnant.

It was purported that the suspect bought the girl's silence by giving her Sh100 and body lotion after defiling her.

The same month, Matuga police raised the alarm over the surging number of defilement cases as more than five cases were reported.

According to the National Council on Population and Development, since the coronavirus hit the country, about 20,828 girls aged 10-14 years have become mothers, and 24,106 girls are either young mothers or pregnant in the country.

The United Nations Population Funds 2019 data showed Tana River, Kwale and Kilifi counties had the highest prevalence of teenage pregnancies at the Coast, with Kwale standing at 24 per cent higher than the national average of 18 per cent.

But data from the county Health department showed cases of teen pregnancies in Kwale had declined by 70 per cent this year compared to the previous records of 2016 up to mid-2019, where over 8,000 cases were captured.

By the end of last year, about 5,400 cases were reported, and the curve continued to flatten despite the surge of sexual and gender-based violence stirred by the Covid-19 pandemic.

From January to June this year, Kwale had registered about 2,821 teen pregnancies. Matuga, Msambweni and Lunga Lunga subcounties are leading.

He blamed defilements and teen pregnancies on erosion of moral values, bad lifestyles and early marriages.

Competition for fancy weddings has also been linked to teenage pregnancies.

“We have to check on some cultural practices of our people. It is better if we change because they are responsible for destroying our children’s futures,” he said.

A father sleeps with his daughter and we fault corona. How is that even possible? We as Africans have lost our traditions and way of life

The World Health Organisation says teen pregnancies are driven by poverty, illiteracy and unemployment. They mostly occur in marginalised communities.

“A father sleeps with his daughter and we fault corona. How is that even possible? We as Africans have lost our traditions and way of life,” she said.

The MCA blamed parents for the increasing defilement cases. She said people have given too much trust to strangers because of laziness.

Bahati said parents have given hustling first priority, forgetting they have a role to play as mothers and fathers.

Mariam’s uncle, however, has a different perspective. He links the trend to witchcraft, saying there are stages in it where one is required to sleep with relatives to amass great powers.

Sauti ya Wanawake chairperson Mwanakombo Jerumani said the government should introduce stringent measures such that culprits will not escape justice.

Bahati said the burden of parental responsibility should be embraced by both parents, and they should respect their children.

She believes introducing sex education to teens will help a lot of minors avoid early pregnancies, and they will know when and how they can be abused.

“I think it is time we tell our children the truth about sex. Let’s tell them the dangers of engaging in sexual activities, among other things,” she said.

Rape, defilement and intimidation: The pain behind teenage motherhood