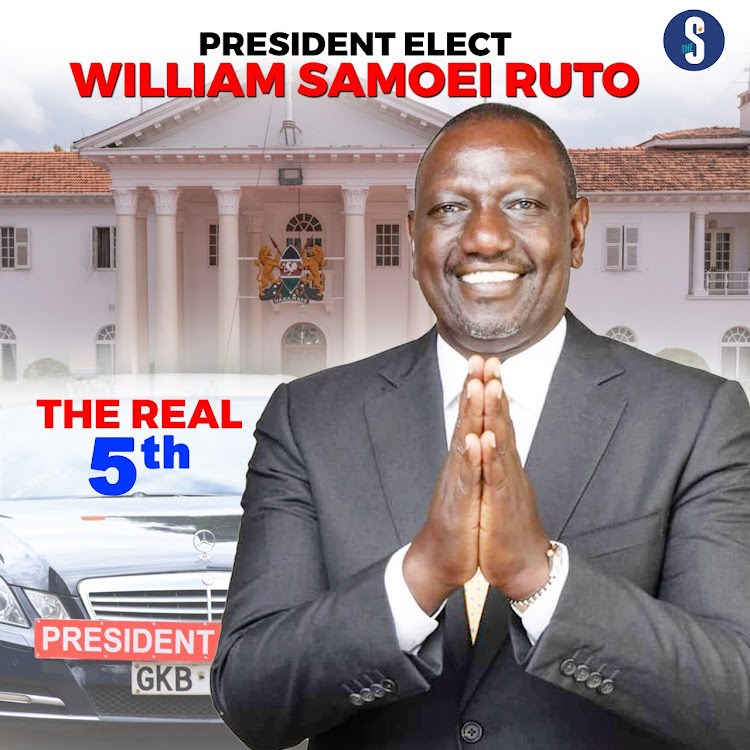 Once he went barefoot and sold chickens by the side of the road but on Monday, William Ruto was declared the fifth President of the Republic of Kenya.

Ruto, the self-styled "Hustler in Chief," broke what has been called the "curse" of the deputy presidency — no deputy president in Kenya has ever succeeded his president. He was the United Democratic Alliance's candidate and heads the Kenya Kwanza alliance.

The Independent Electoral and Boundaries Commission announced the 55-year-old Kenya Kwanza leader. He needed 50 per cent plus one of the countrywide tally plus one, and 25 per cent of the votes in at least 24 counties.

Ruto garnered 7,176,141 votes representing 50.49 percent of the final vote, while Raila received 6,942,930 votes this 48.85 percent, as announced by IEBC chairman Wafula Chebukati at the Bomas of Kenya national tallying centre.

He defeated 77-year-old Raila Odinga, once a fiery and  iconic opposition leader who has lost, counting this election, five times.

The Deputy President managed to get a majority votes from the critical, vote-rich Mt Kenya region, leading in most counties. 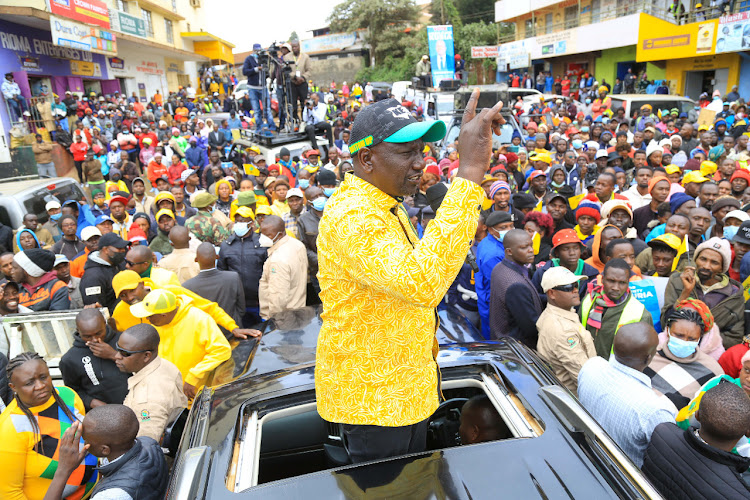 In the North Rift, the Ruto-led party swept the parliamentary and MCA seats. Rift Valley is considered Ruto's backyard.

It was close, tense and vitriolic. For days, since the election on August 9, the results showed the two on a knife's edge, neck and neck, moving like a pendulum. It was too close to call.

President Uhuru Kenya, who had broken with Ruto and reviled publicly, decided to back Raila, who had moved to the centre and promised to carry out the President's projects and agenda.

Ruto had first crafted a narrative of Hustlers vs Dynasties and growing the economy, which appealed to the youth. His symbol was the wheelbarrow and his approach upset the establishment, which called it divisive; the dynasties are the Kenyatta and the Odinga families.

He always attended church services, giving out large amounts of money as well as start-up equipment to hustlers.

Ruto then moved to the centre, saying all Kenyans were hustlers and his movement was inclusive.

His aim was to grow the economy and provide jobs through a bottom-up model.

Kenyatta and Ruto had been brought together in a marriage of convenience, as both were charged before the International Criminal Court with indirectly committing crimes against humanity. They were never tried, the cases collapsed as witnesses recanted, disappeared and in one case, a witness was murdered. 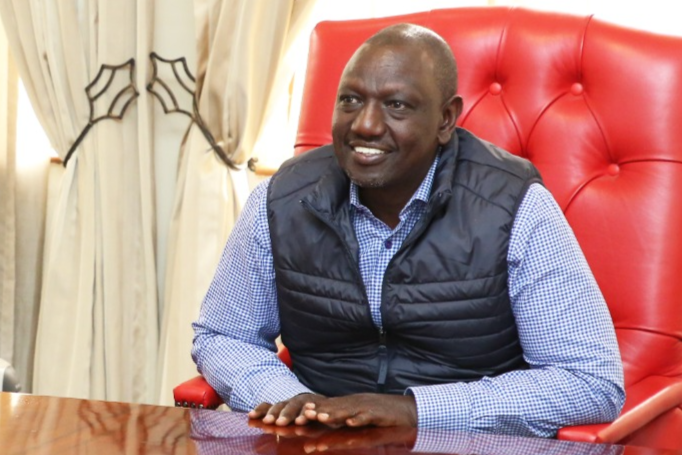 The feud between Ruto and the President had been brewing for a long time. Ruto was campaigning early, as he commissioned projects, irritating the President who called him the "tangatanga" man, or wandering-about man.

As the polls drew near, the rhetoric became more ferocious and exploded in the public.

The President virtually replaced Ruto with Interior CS Fred Matiang'i, refused him permission to fly to Uganda and did not recognise him or allow him to speak at the Madaraka Day fete on June 1. Uhuru also purged Ruto's allies from leadership positions in Parliament. The President's Jubilee party expelled Ruto and all the rebels siding with him.

At public events and rallies, the two exchanged bitter words, each pushing their own narrative about why they fell out.

The President's closest allies said that initially the President was to hand over the presidency to DP Ruto but changed his mind due to ‘selfishness and greed', causing him to tilt toward long-time rival Raila as the only one who stood a chance of defeating hard-charging Ruto, known to be indefatigable, deeply religious and a non-drinker.

In July,  Ruto said he did the heavy lifting that made Uhuru Kenyatta president. He said he did three meetings on average daily, while he head of state enjoyed his sleep.

Ruto made it known that if it weren’t for him and his sway in Rift Valley and elsewhere, Kenyatta would not have won the 2013 and 2017 elections.

Critics point out that Ruto must accept responsibility for some of the missteps of the Kenyatta administration, including overpowering debt leaving little money for development.

On March 9, 2018, the President and Raila shook hands for the sake of peace in Kenya, which was bitterly divided after the 2017 elections.

Raila's side challenged the win, saying it had been stolen, like other victories.

The Supreme Court annulled the election, saying it was riddled with irregularities and illegalities; it ordered a rerun, which Raila boycotted.

That handshake truce further isolated Ruto and Raila's opposition team; they were excluded and angry.

The handshake led to the Building Bridges Initiative, or BBI, which the President and Raila pushed, calling for a constitutional referendum. Ruto opposed it, saying it was too costly and unnecessary. The President devoted his second term to pushing BBI, virtually abandoning the Big Four agenda of his first term. It covered universal healthcare, affordable housing, food security and manufacturing. 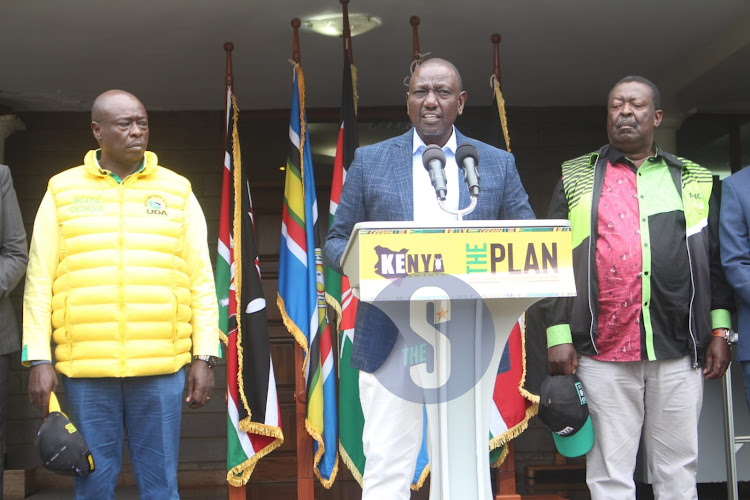 The courts declared BBI and the President's involvement in a "people's initiative" unconstitutional. The Supreme Court dealt the final blow to BBI, but left open the possibility of resurrection, if handled legally.

In 2021, Ruto declared his affiliation to UDA, a party he would eventually convert to his political vehicle to vie for President.

His schooling was at Kamagut Primary, Wareng Secondary and Kapsabet Boys High School for his A levels.

He obtained a Bachelor of Science in botany and zoology from the University of Nairobi, graduating in 1990. He was awarded and MS in 2011 and a PhD from the UoN in December 2018.

Ruto  was first elected to Parliament in 1997 Eldoret North MP.

He also served as an assistant minister in the Office of the President from 1998 to 2002 when he was elevated to cabinet as Minister for Home Affairs following the sacking of the late George Saitoti by the late President Daniel Moi after disagreements over the 2002 succession.

Ruto also served as Minister for Higher Education and Agriculture.

He also opposed the referendum on the new Constitution in 2005 and 2010.

Ruto is the father of seven children and is married to Rachel Ruto.

He is known for prodigious wealth and has been dogged by many allegations of corruption, which he denies.