How tobacco industry is killing the environment

• Despite tobacco industry marketing, there is no evidence that filters have any proven health benefits.

• The costs of cleaning up littered tobacco products fall on taxpayers, rather than the industry creating the problem. 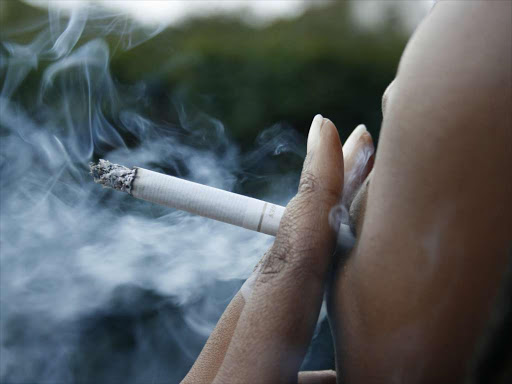 A smoker puffs at a cigarette.
Image: JACK OWUOR

The World Health Organization (WHO) this week revealed the extent to which tobacco damages both the environment and human health, calling for steps to make the industry more accountable for the destruction it is causing.

In Kenya, tobacco use kills about 9,000 people annually.

The majority of tobacco is grown in low-and-middle-income countries, where water and farmland are often desperately needed to produce food for the region.

Instead, they are being used to grow deadly tobacco plants, while more and more land is being cleared of forests.

The WHO report “Tobacco: Poisoning our planet”, released on the World No Tobacco Day on Tuesday, highlighted that the industry’s carbon footprint from production, processing and transporting tobacco is equivalent to one-fifth of the carbon dioxide (CO2) produced by the commercial airline industry each year, further contributing to global warming.

“Tobacco products are the most littered item on the planet, containing over 7,000 toxic chemicals, which leech into our environment when discarded. Roughly 4.5 trillion cigarette filters pollute our oceans, rivers, city sidewalks, parks, soil and beaches every year,” said Dr Ruediger Krech, Director of Health Promotion at WHO.

Despite tobacco industry marketing, there is no evidence that filters have any proven health benefits. WHO called on policy-makers to treat cigarette filters, as what they are, single use plastics, and consider banning cigarette filters to protect public health and the environment.

The costs of cleaning up littered tobacco products fall on taxpayers, rather than the industry creating the problem.

WHO urged countries to support o tobacco farmers to switch to sustainable crops, implement strong tobacco taxes (that could also include an environmental tax) and offer support services to help people quit tobacco.

It praised Kenya where, with the help of the Food and Agriculture Organization of the United Nations (FAO), the Kenyan government has created the Tobacco-Free Farms project.

Launched in March, the project supports farms to switch from tobacco to alternative food crops, that will help feed communities, rather than harm their health.

UN agencies and the Kenyan government provide training, inputs such as seeds and fertiliser, and a ready market for their harvest through the World Food Programme’s local procurement initiatives.

So far, 330 Kenyan farmers have switched to growing beans, with the first harvest yielding more than 200 metric tons. The second season, which has just begun, is now reaching more than another 1000 farmers. This is extremely encouraging for our plans to roll this programme out to other tobacco-growing countries on the continent.

“This is the kind of hard evidence that is essential to change the mindsets of farmers, and governments, who believe that tobacco is a cash crop with the potential to generate economic growth,” said WHO Regional Director for Africa, Dr Matshidiso Moeti.

She added: “Additionally, tobacco cultivation exposes farmers to several health risks, including ‘green tobacco sickness’, which is caused by nicotine absorbed through the skin during the handling of wet tobacco leaves, as well as exposure to pesticides and tobacco dust.”

How smoking cost a man both his legs
Post a comment
WATCH: The latest videos from the Star
by STAR REPORTER
Health
10 June 2022 - 23:00
Read The E-Paper