How Kenya plans to address climate change impact on tourism

Plans to have electric cars transport tourists around parks

•Tourism ministry to establish frameworks for documentation and measuring the economic impacts on the tourism and wildlife sector.

•The government is keen on the restoration of degraded areas in national parks and reserves with a concerted effort on reforestation. 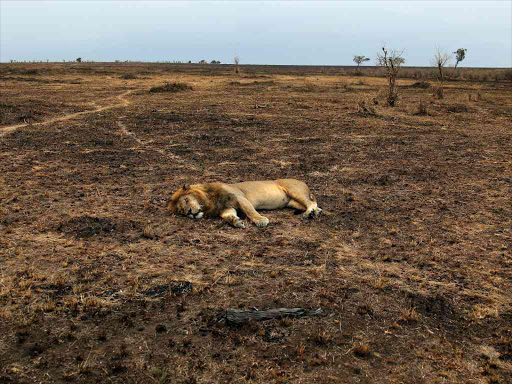 Kenya has made a commitment to address climate change in the tourism sector as it pushes for the achievement of a sustainable climate-friendly industry by the year 2030.

It is in light of the commitment made by President Uhuru Kenyatta at the Conference of Parties, that Kenya joins the world on achieving zero carbon emissions by 2030 and converting 100 per cent of needs to renewable green energy.

The Ministry of Tourism and Wildlife has made commitments in the conservation and tourism sector to support the pledge by the President on achieving sustainability in the sector.

One of the commitments by the ministry is to establish frameworks for documentation and measuring the economic impacts on the tourism and wildlife sector.

This is with the basis of mainstreaming practical, quantifiable and accountable measures on climate actions.

“Kenya is a founding member of the newly launched sustainable tourism global centre and will use its position to provide leadership globally and in Africa to ensure micro, small and medium tourism enterprises are supported to adopt these measures for the benefit of their businesses,” Tourism and wildlife CS Najib Balala said.

This Centre will bring greater collaboration between the public and private tourism sectors to reach net-zero, which is the act of balancing greenhouses emission and elimination from the atmosphere, advanced nature protection and supporting communities who depend on tourism.

According to industry statistics, 80 per cent of the 40 million businesses in tourism are small and medium-sized companies.

Balala said that 90 per cent of the energy in Kenya will be green energy  by 2030, with all the wildlife parks being green.

Measures put in place include a strict use of electric cars to transport tourists around parks.

Non-electric cars will not be allowed.

This is in line with the commitment to restrict the use of vehicular transportation within national parks and reserves by 2030.

“It is amply clear to all of humanity the threats to our very survival as a species on this planet is at stakelike never before,” Balala said.

It also plans to establish frameworks for documentation and measuring the economic impacts of climate change on the tourism and wildlife sector.

This, as a basis to mainstreaming practical, quantifiable, and accountable required measures on climate actions by actors in the entire value chain.

Plans are also on course to develop and enforce minimum sustainability standards that are in line with global benchmarks for businesses in the sector, that form the basis for operations of sustainable tourism businesses with accompanying incentives and disincentives.

Last year, Kenya banned the use of single-use plastic within conservation areas and beaches.

Balala said the initiative to drive a climate-friendly tourism sector will be enforced strongly.

The empirical evidence of a climatic crisis and solution was presented to all the 140 Heads of States, senior government representatives, persons of global influence and other dignitaries in attendance at the Conference of parties to the UNFCC (United Nations Framework Convention on Climate Change), in Glasgow.

The country will require all hospitality and tourism facilities in Kenya to adopt renewable energy and circular economy in their operations by 2030.

“We will mobilise the ecological assets in our vast protected areas that act as carbon sinks to maximize global carbon credit facilities available, in order to raise additional resources to play an active role inmeeting our national goal,” Balala said.

This, he said will make Kenya a carbon-neutral nation.

The government is keen on the restoration of degraded areas in national parks and reserves with a concerted effort on reforestation.

Kenya is among 105 countries that on Tuesday promised to end deforestation by 2030.

Leading the Kenyan delegation to the COP26,President Uhuru Kenyatta called on the rest of the world to help Africa deal with the effects of climate change.

Kenya’s forest cover stands at 7.2 per cent but the state wants it increased to 10 per cent by 2022.

To achieve this, about two billion trees will have to be planted and raised between now and then at a cost of Sh48 billion.

This was the first major deal on the last day of the World Leaders Summit at the UN Climate Change Conference (COP26) in Glasgow, United Kingdom.

The pledge was announced by UK Prime Minister Boris Johnson during an 'Action on Forests and Land Use' event.

"We have to stop the devastating loss of our forests, these great, teeming eco-systems, three trillion pillared cathedrals of nature that are the lungs of our planet and the destruction together with agriculture and other change of land use that accounts for almost a quarter of all global emissions," Boris said.

World marathon champion Eliud Kipchoge used his sub-2-hour run in 2019 to call on rich countries to help Africa deal with the climate crisis.

"There are western countries who are so advanced in data and innovation but who have futile moves from that initial feeling for the climate whereby in Africa we feel so closely," Kipchoge said.