87.9% operating on less than 75 per cent business capacity 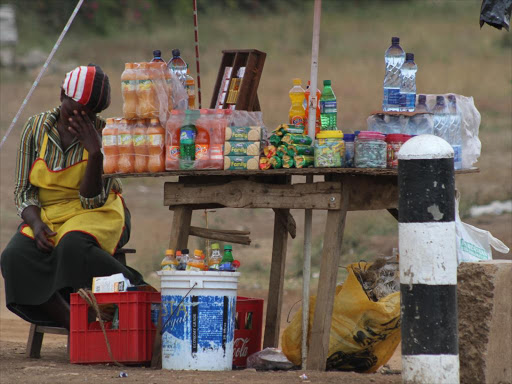 The informal sector is the largest source of new jobs

About 33.9 per cent of SMEs can remain open for less than three months under the current circumstances as businesses continue to suffer the brunt of Covid-19.

A survey by the United Nations Capital Development Fund (UNCDF), the International Chamber of Commerce (ICC) and a number of institutions show that in the least developed countries, including Sub-Saharan Africa, 87.9 per cent SMEs are operating on less than 75 per cent business capacity.

Kenya is among countries where SMEs have been hard hit by the effects of Covid-19, forcing the government to intervene to try and cushion them.

Data collected between July 1 and August 21, in the SME impact survey, show some 37 per cent of SMEs have already laid-off staff due to a reduction in business operations.

The main sectors represented in the survey were hotel and catering, textile and craft and industrials.

“There are notable sectoral differences in the impact of Covid, with textile and craft, personal care and energy sectors affected more in terms of business operations compared to finance, professional and technology services,” the survey reads in part.

Lay-offs have been recorded high overall, but textile and craft, utilities and energy and catering and tourism are the most affected.

“SMEs in the Asia-Pacific LDCs seem to be fairing better than SMEs in Sub-Saharan Africa in terms of operational capacity and anticipated revenue loss,” the survey notes.

This comes amid little or no support from governments, according to the survey with only about 47.5 per cent reporting having received some type of government support.

About 58.5 per cent are said not to be aware of any government support.

Access to customers and suppliers are reported as major challenges.

For those that have received government support, the relief is mainly on subsidies.

Kenya is among countries that have put in place measures to try and cushion the SMEs, including a Credit Guarantee Scheme to enhance access to credit.

A cabinet meeting at State House, Nairobi, chaired by President Uhuru Kenyatta last week, approved the establishment of a Credit Guarantee Scheme with an initial seed capital of Sh10 billion.

The Credit Guarantee Scheme is expected to be operationalized by mid next month.

The survey has shows while Covid-19 seems to have impacted all SMEs, female-led SMEs have reported higher rates of lay-offs and relatively less resources to sustain their business in the short- to mid-term compared to male-led businesses.

“Female businesses seem to be involved in business sectors that are affected more by Covid than male businesses,” the survey indicates.

In May, Central Bank of Kenya governor Patrick Njoroge has indicated that at least 75 per cent of SMEs were facing closure by end of June due to lack of funds, calling for an urgent move to cushion them as they contribute hugely to the country's employment and GDP.

Statistical data estimates that Kenya’s MSMEs contribute approximately 40 per cent of the GDP with the majority falling in the informal sector.

The pandemic has taken a toll on businesses, lowering the GDP and worsening unemployment, where the latest Kenya National Bureau of Statistics report shows the rate of joblessness doubled between April and June to 10.4 per cent from 5.2 per cent in the same period last year.

It is estimated at least 1.7 million have lost jobs during this period.

Earlier in June, data compiled by the Kenya Private Sector Alliance(Kepsa), and shared with the government, indicated more than 5.9 million jobs had been affected since the first case of Covid-19 was reported in the country in March.

A report by the United Nations Industrial Development Organisation (UNIDO)- the Competitive Industrial Performance (CIP) Index 2020, has ranked Kenya 115 out of 152 countries in terms of competitiveness.

The report launched in partnership with the Kenya Association of Manufacturers benchmarks the ability of countries to produce and export manufactured goods competitively.

It provides a yardstick against which Kenya can compare its manufacturing competitiveness on a global level.