It was only Spurs’ second Premier League win in six games and came after back-to-back losses against Arsenal and Manchester City.

• Tottenham are back to within three points of the Champions League places after only a second league clean sheet since October.

• Boss Antonio Conte, whose future is uncertain, said: “I had a good answer from my players. I asked them for the solidity of last season and the will and desire to fight and to be resilient." 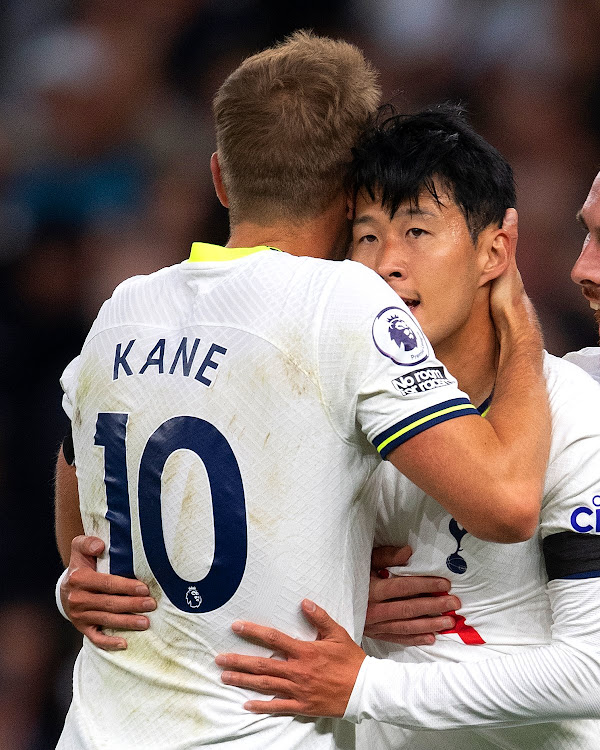 Tottenham striker Harry Kane said a team meeting helped them get back on track with a narrow win at Fulham.

The England captain scored the only goal with a sweet strike into the bottom corner from just outside the box, to equal Jimmy Greaves’ record as Spurs’ all-time top scorer with 266 goals.

It was only Spurs’ second Premier League win in six games and came after back-to-back losses against Arsenal and Manchester City.

They are back to within three points of the Champions League places after only a second league clean sheet since October.

“We are a little bit behind where we want to be but tonight was important,” said Kane, who played despite having an illness. “We had a good talk amongst ourselves, just to get back to what we are good at, clean sheets, being compact and hard to break down. Then we know we will have a chance to score and have players who can do that.

“It was a really important win for us, especially after the last couple of games, to get back to winning ways.”

Boss Antonio Conte, whose future is uncertain, said: “I had a good answer from my players. I asked them for the solidity of last season and the will and desire to fight and to be resilient."

“We showed when you play as a team it is difficult to play against us. Today has to be a starting point for us to give everything then we will see what happens at the end.”

Kane could have broken the record in the second half but his close-range header was tipped over well by Bernd Leno. Fulham had plenty of chances to score before Kane’s opener with Hugo Lloris keeping out Bobby Decordova-Reid’s long-range drive and Harrison Reed’s snap-shot.

But this is now a second defeat in a row and a missed chance to go above Spurs into fifth place. The game had kicked off 18 minutes late following travel problems for fans in the area and then issues with referee Paul Tierney’s communication devices.

It has felt inevitable for a long time that Kane would become Spurs’ top scorer if he did not move to another club first. His 199th Premier League goal for Spurs in exactly 300 games means he has matched that 266-goal Greaves record, which stood for 53 years.

It was an expert Kane strike, taking Son Heung-min’s pass with his back to goal, turning a defender and then picking his spot from outside the box.

Spurs have started so many games slowly this season, and this match was no exception. They did not get going until the 30th minute and could easily have trailed before Kane’s opener.

The second half was better, though, and Kane headed at Leno and then hammered a shot wide late on. Lloris, who conceded six goals in his past two games - including his own goal against Arsenal - kept a much-needed clean sheet with five saves.

Consecutive defeats for surprise European chasers Fulham have come after they won five in a row. They should not be concerned, though, as those losses were against two of the only six teams in the country above them.

Marco Silva’s side were unlucky to lose to Newcastle and were narrowly edged out here by one of the greatest strikers in English football history.

As well as saved first-half chances for Decordova-Reid, Reed and Willian, Aleksandar Mitrovic headed on to the roof of the net and Manor Solomon’s curling effort was tipped wide by Lloris.They had a good crack at it in six minutes of injury time but fell just short.

Manchester United were beaten 3-2 at Arsenal in the Premier League.
Sports
1 week ago

Guardiola admits Man City have had to adapt for Haaland

Some critics have argued that City are not as good overall since Haaland's arrival from Borussia Dortmund.
Sports
1 week ago
Post a comment
by BBC
Football
25 January 2023 - 00:00
Read The E-Paper