Babu has urged his charges to press the accelerator and take a strategic position that will give them an advantage early in the season.

• Joseph Mwangi was the toast for the millers, notching a hat-trick with splendid efforts in the 8th, 21st, and 24th minutes.

•Hassan Beja then hammered the final nail into Wazito's casket in the 35th minute. 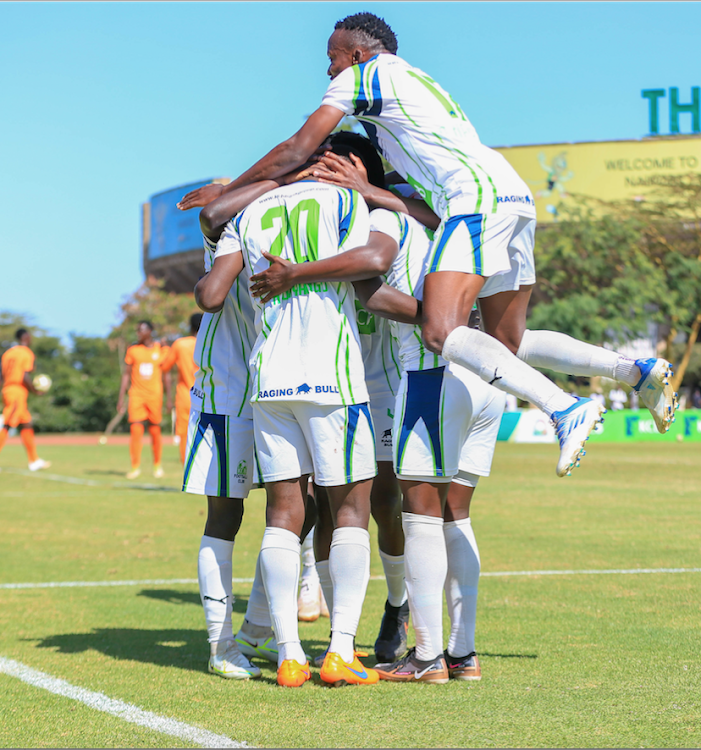 Nzoia Sugar head coach, Salim Babu, was over the moon after his charges walloped Wazito 4-0 at Sudi Stadium, Bungoma to move to the top of the Kenyan Premier League table.

Joseph Mwangi was the toast for the millers, notching a hat-trick with splendid efforts in the 8th, 21st, and 24th minutes.

Hassan Beja then hammered the final nail into Wazito's casket in the 35th minute.

"It was a brilliant individual effort from Mwangi, but overall, I'm pleased with how the team performed," Babu said.

"I can't deny that we had home advantage, but I must say everything went well for us this afternoon, and all departments worked properly."

Babu has urged his charges to press the accelerator and take a strategic position that will give them an advantage early in the season.

"We need to keep the momentum going. With each victory, we gain confidence that we can pull off a surprise this season and win the championship for the first time in the club's history."

The win has propelled the millers to 22 points, two more than champions Tusker. The brewers blew a 2-0 lead and were forced to share the spoils with Talanta at Ruaraka Complex.

Tusker head coach Robert Matano lashed out at his charges for throwing away victory owing to complacency.

“We had all the three points within our reach but decided to let them slip through our fingers due to laxity," Matano said.

“We need to wake up to the reality that winning matches calls for both good attacking and defending. We are going back to training and we hope to rectify all the mistakes so that we can remain in contention this season."

Talanta head coach Ken Kenyatta lauded his team for fighting valiantly to secure a crucial away point. “The team spirit was amazing and the boys did an amazing job this afternoon," Kenyatta said.

“Of course, I was disappointed at first when we conceded two easy goals in the opening minutes of the match. However, we did well to maintain our calm and managed to come back strongly in the dying minutes of the game."

Elsewhere, Vihiga Bullets rallied from a goal down to play out a three-all draw against hosts Kariobangi Sharks at Moi Stadium, Kasarani on Wednesday.

Ulinzi Stars maintained their impressive run with an emphatic 2-0 win against Bandari at Ulinzi Complex. AFC Leopards bounced back to winning ways after edging struggling Mathare United 2-1 at Nyayo Stadium.

Record champions Gor Mahia were held to a goalless draw by Sofapaka at Moi Stadium Kasarani.

With the championship heading into Round 10, Nzoia are second on the log with 18 points, one adrift of the champions.
Sports
1 week ago

Things, however, went south in Mombasa a fortnight ago, where they suffered their first loss of the season against Bandari at Mbaraki Sports Club.
Sports
1 week ago

The midfielder said he will take time to reflect on his future before he decides on his next move.
Sports
2 weeks ago
Post a comment
by TONY MBALLA
Football
19 January 2023 - 05:00
Read The E-Paper