Ten icons who could be in their last World Cup

Messi, Ronaldo, Lewandowski could be in last tournament.

• You can never rule anything out with Ronaldo but the fact he will be 41 by the time of the next World Cup means it’s likely this will be his last.

•Neymar, at 30, is the youngest player in this list but he has already said this could be his last World Cup.

Lionel Messi and Cristiano Ronaldo have defined a generation of football — but this is likely to be their final chance to win a World Cup.

The pair have won it all at club level but have just one major continental trophy each for Argentina and Portugal respectively.

They are two of the icons facing the prospect of their final World Cup in Qatar this winter.

You can never rule anything out with Ronaldo but the fact he will be 41 by the time of the next World Cup means it’s likely this will be his last.

In September he said he would not be retiring after Qatar and hoped to play for Portugal “for a few more years” - so who knows? His club future is also uncertain at the moment, following an interview containing criticisms of Manchester United.

He already has the big individual European Championship records - most tournaments played, most games, most goals - as well as winning Euro 2016. He is also the top-scoring player in men’s international football with 117 goals - including an iconic hat-trick in the last World Cup against Spain.

The 37-year-old forward is one of football’s greats with exactly 700 club goals, more than 30 trophies and five Ballon d’Or titles. But this is surely the last chance to add ‘World Cup winner’ to that incredible CV. 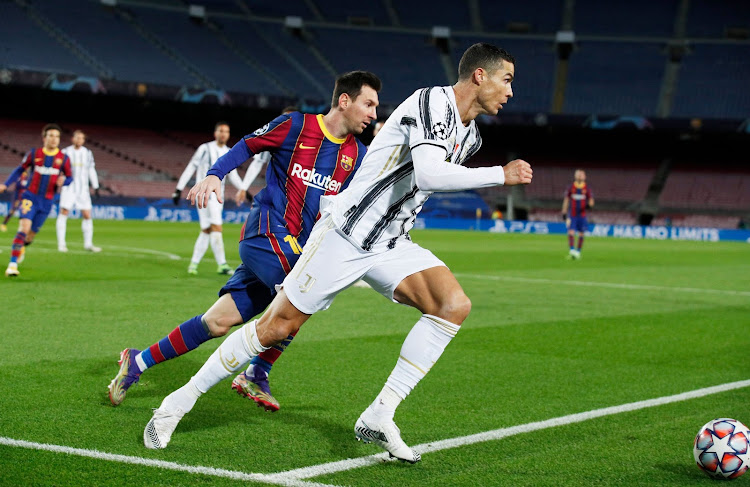 Lionel Messi in action with Cristiano Ronaldo during a past Champions League match
Image: FILE

We could in truth simply copy and paste a lot of the Ronaldo section for Lionel Messi, who will turn 39 during the next World Cup.

Arguably the greatest player of all time, with 695 goals for Barcelona and Paris St-Germain and a record seven Ballons d’Or, Messi finally won the Copa America at the most recent attempt.

But glory in Qatar would finally put the 35-year-old up there with Pele and Diego Maradona for those who hold winning the World Cup as a benchmark for ‘all-time greatest’ status.

Messi comes into the World Cup in some of his best form in recent years, with 11 goals and 14 assists in 18 games for PSG.

He recently said this will “surely” be his final World Cup but nothing has been confirmed yet. And he has retired from Argentina duty in the past before coming back. 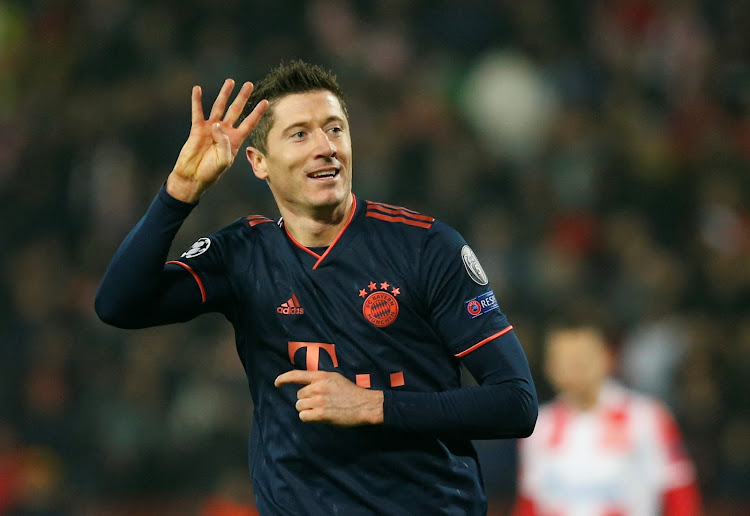 Robert Lewandowski is heading into only his second World Cup — and it is likely to be last.

The 34-year-old striker — who has scored 18 goals in 19 games for new club Barcelona — failed to score four (and a half) years ago in Russia during Poland’s three group games.

The Bayern Munich legend has enjoyed success at the European Championship, with five goals in 11 games, but this feels like being his last chance to score at a World Cup.

Neymar, at 30, is the youngest player in this list but he has already said this could be his last World Cup.

“I think it’s my last World Cup,” he said last year. “I don’t know if I have the strength of mind to deal with football anymore.” He later claimed his quotes had been misinterpreted.

Neymar who has scored 13 goals and assisted another 11 for PSG this season —will likely leave behind a legacy of ‘what if’ should he quit football soon.

He is one of the most talented footballers of his generation and has scored 75 international goals. But he has played in France with Paris St-Germain for almost all of his peak years — and only featured in about half their league games. 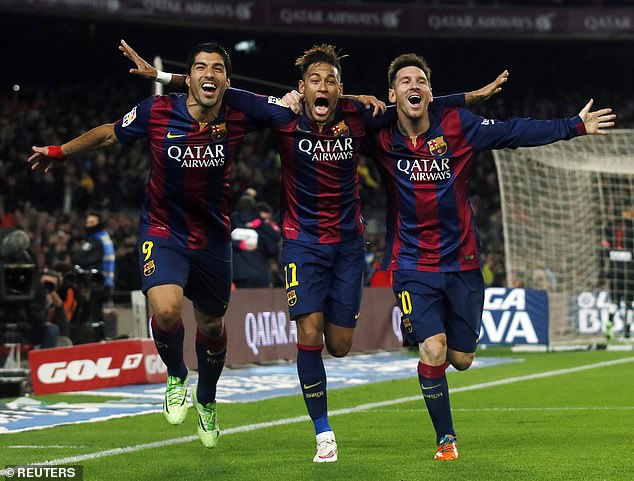 Luiz Suarez, Neymar and Lionel Messi during a past match
Image: FILE

Suarez is 35, so — like his former Barcelona team-mates Messi and Neymar — this could be the end of his World Cup adventures.

The former Liverpool, Barcelona and Atletico Madrid striker is a free agent, having recently returned to his first club, Nacional, and won the Uruguayan title.

He is most likely to be remembered for being sent off for a handball on the line that denied Ghana a place in the 2010 World Cup semi-final and then biting Italy defender Giorgio Chiellini at the 2014 tournament.

He is not the only Uruguay icon nearing the end of his international career — with Valencia striker Edinson Cavani, 35, and Velez Sarsfield defender Diego Godin, 36, also in the squad.

Real Madrid midfielder Modric is 37 and this will be his eighth major tournament for Croatia. Reports suggest he will retire from international football after the World Cup —- although his manager recently claimed he will play on.

He played a key role in helping his country to the 2018 World Cup final, where they lost to France. He won the Golden Ball award for the tournament’s best player — and the Ballon d’Or. 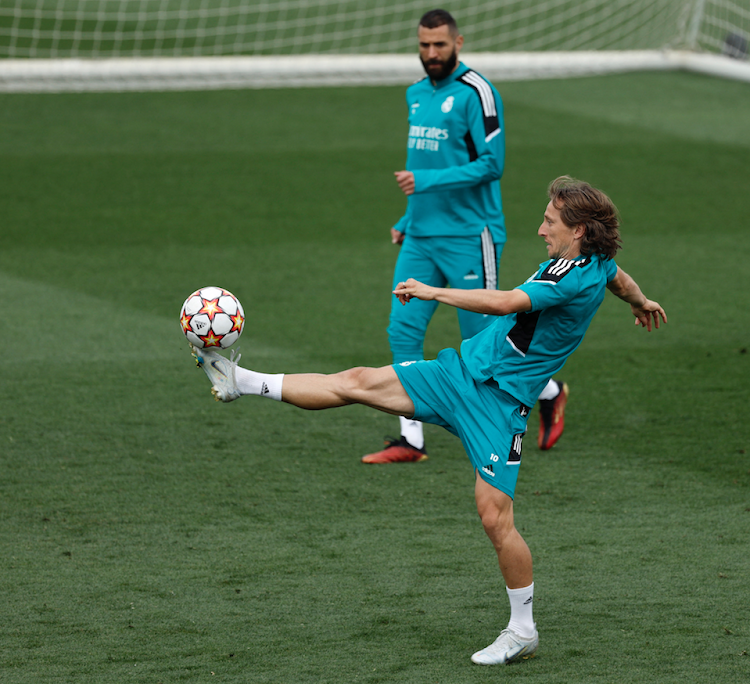 Real Madrid striker Benzema will turn 35 the day after the World Cup final.

He comes into the tournament having won the 2022 Ballon d’Or after scoring 44 goals in 46 games, although he has only netted five times this season.

This will be his second World Cup, having previously played in 2014. He was left out in 2010 while 2018 fell during his near-six-year exile from the national team for his part in a sex tape blackmail case.

Wales legend Bale is heading into his first World Cup — and it could also be his last.

The 33-year-old has said he does not plan to retire after Qatar but he will be 37 in the summer of the next World Cup.

Bale joined Los Angeles FC in the summer after his Real Madrid contract expired — and helped them to win the MLS Cup. There were suggestions he may have chosen to retire had Wales lost in the play-offs. 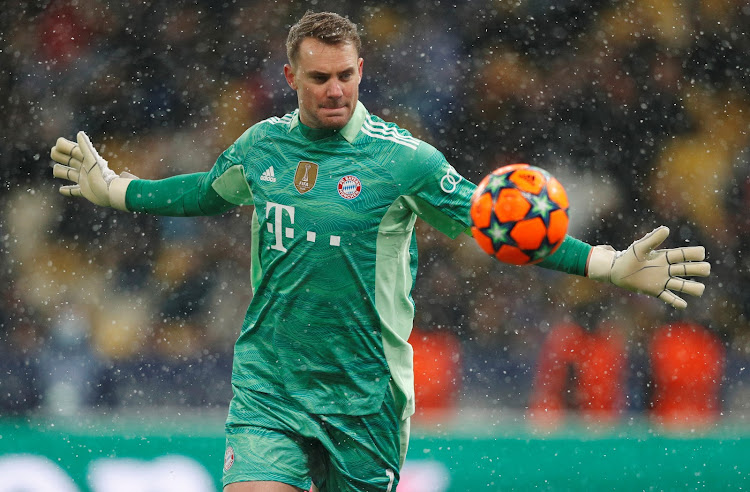 Bayern Munich and Germany’s Neuer has been one of the best goalkeepers of his generation.

He won the 2014 World Cup and was named in the team of the tournament. Neuer will be 40 by the time of the next World Cup in 2026... although six goalkeepers have played at the tournament past that age, so it is possible he could make it.

Busquets has been one of the great holding midfielders of the past 20 years - enabling some of his legendary Barcelona and Spain team-mates to do their stuff going forward.

But he is 34 and his legs and influence are not what they once were. It is hard to see the 2010 World Cup winner featuring again in four years’ time.

Son, 30, had been a doubt after having surgery on a fractured eye socket suffered earlier this month.
Sports
2 months ago

Southgate wants players to make it ‘best’ period for England

Southgate wants to take England and the country on another journey.
Sports
2 months ago

Is Cristiano Ronaldo undroppable for Portugal?

For the first time in his career, Ronaldo is heading to the World Cup facing doubts over whether he still merits a place in the team.
News
2 months ago
Post a comment
by EMLYN BEGLEY BBC
Football
15 November 2022 - 12:04
Read The E-Paper