Chelsea tell me that James will likely be unavailable for approximately eight weeks because of the knee problem he sustained in a Champions League match against AC Milan last week.

• However, United are worried about Martial’s increased injury problems and Cristiano Ronaldo’s uncertainty about staying at United and the Reds have once again turned their attention towards Abraham. 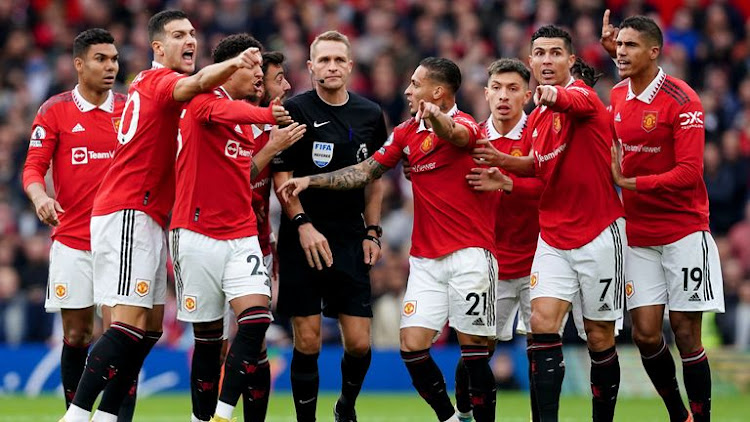 Chelsea tell me that James will likely be unavailable for approximately eight weeks because of the knee problem he sustained in a Champions League match against AC Milan last week. Many think that Reece is the best in his position in the world because of his energy, skill and electric pace. He already has eight goals and 13 assists this season.

Potter is trying to work out his best line-up against Manchester United on Saturday and has used three players in the wing-back position as cover for James: Raheem Sterling, Ruben Loftus-Cheek and Cesar Azpilicueta but none have covered the ground as well as James.

As I write this column, Potter is considering changing from a back three to a back four and bringing yet another player to cover for Reece. However, he is also scribbling a possible complete change of formation on his team notepad.

Manchester United coach Erik Ten Hag has endured a tough week pacifying Ronaldo and defending his team as United are charged with failure “to ensure its players conduct themselves in an orderly fashion” when they protested about a disallowed Ronaldo goal. Christian Eriksen and Anthony Martial are not fully fit.

Eriksen was not at training on Monday and Ten Hag has to decide whether to risk him again or play Scott McTominay who has served a one match suspension. Ten Hag’s priority is to score more goals. They continue to play counter-attacking football which was the way Ole Gunner Solskjaer used to set up his team but they still find it difficult to break down defences.

Ronaldo insists that he can produce the goals and there is no doubt Eriksen can provide him with the service, however, he has to remain fit. Casemiro has now established himself in the first team line-up and Ten Hag is growing more dependent on the midfielder. Luke Shaw is at last getting game time but Ten Hag relies on Varane and Martinez as his two certainties to play.

Behind the scenes at United

During the summer, United were interested in ex-Chelsea star Tammy Abraham who is performing well for Roma in Italy’s Serie A. Instead, they signed Antony and they also have Anthony Martial and therefore Tammy was dropped from their plans.

However, United are worried about Martial’s increased injury problems and Cristiano Ronaldo’s uncertainty about staying at United and the Reds have once again turned their attention towards Abraham. Erik Ten Hag is working on a possible move to bring him to Old Trafford but one significant person stands in the way.

Roma coach Jose Mourinho won’t easily be persuaded to let his star striker leave and the two coaches will speak soon. Ten Hag has been told by management to sit down and talk to Ronaldo about his attitude. The coach explains that with a packed diary of games coming up he wants his strikers fresh for every game and therefore is rotating them.

Ronaldo, however, has reacted negatively to being replaced or sitting on the bench and it is bad for team morale. Ten Hag knows he must bring Ronaldo into line or drop him completely and he can be shipped out in January which is a definite possibility.

Talking this week, former player and now commentator and pundit Danny Murphy spoke of the situation. “He’s allowed to act negatively, that’s the problem. The manager should sit down with him before each game and tell him, 'Look, give me everything, you’re probably going to be replaced after 70 minutes but I don’t want histrionics when you come off, it does me or the team no favours' and if he does still show resentment then you drop him.” 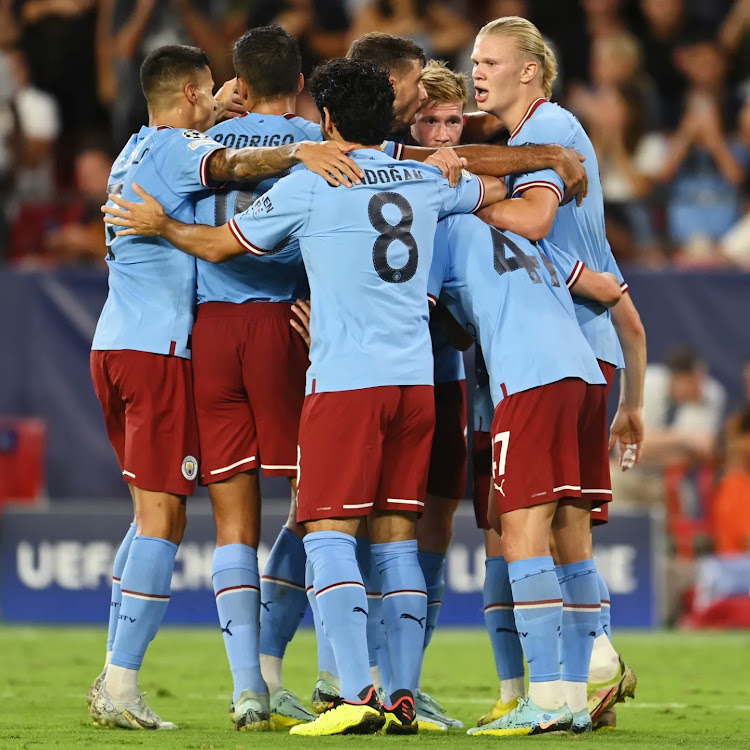 Manchester City coach Pep Guardiola once said that Phil Foden was the best young player he had ever worked with and that included Barcelona legend Iniesta. However, the youngster has never been highly rewarded in his pay packet but that is about to change. His 2018 deal started him on £30k a week but it has been increased each year.

At 22, Foden has just signed a new deal worth £200k a week or £10million a year. The contract keeps him at the club until 2027 as Guardiola respects Foden enough to say that he is the future of the club. The City academy graduate has been named PFA Young Player of the Year for the past two seasons and he has won 11 trophies already and scored 52goals in 182 matches.

Arteta tells Gabriel to calm down

Mikel Arteta had some harsh words with Gabriel despite Arsenal’s 1-0 over Leeds last weekend. Leeds forward Patrick Bamford ran into Gabriel who went down but then kicked out towards the striker. Arteta pointed out to him in the dressing room that had he been sent off the Gunners might have lost two points and he would have a two-game suspension which the club can ill-afford.

He has already been sent off twice in his Arsenal career and Arteta has put together his chosen first eleven and doesn’t want to break up the momentum the club is enjoying. Gabriel is essential to his plans. Rio Ferdinand called Gabriel “stupid, immature and petulant”. Arteta pointed out to Gabriel that such behaviour will make him a target for opposition players in the hope of getting him sent off.

Conte worried about too many games

Tottenham coach Antonio Conte is concerned about being able to field his best team over the next few weeks. Dejan Kulusevski is definitely out injured along with Richarlison, who left White Hart Lane with strapping on his injured leg, sustained in the 2-0 win over Everton.

I would, however, ignore rumours that he might miss the World Cup. Yves Bissouma is a very capable replacement for Richarlison. I tackled the problem of Richarlison’s injury, after he left the stadium on crutches and in tears after the club’s 2-0 win against Everton last Saturday.

Antonio Conte said the injury is not as bad as first feared. He says Richarlison should be fit in time for the World Cup. “It is a problem in his calf muscle,” said Conte. “But I hope to play him in other games before the World Cup so I am not worried for him.”

The north London side have a heavy workload with eight games before the World Cup and Champions League matches against Sporting Lisbon and Marseille. I have learned that Conte is worried about overplaying his main core players Eric Dier, Cristian Romero, Rodrigo Bentacur, Perrie-Emile Hojberg, Son Heung-Min and Harry Kane. He thinks that some of them must rest otherwise the possibility of injuries threaten.

I explained recently how Jurgen Klopp had been working with Mo Salah to restore his confidence. It worked perfectly against Manchester City. Klopp moved Salah from the wing into the centre and instructed him to play between the two City centre-backs but also to roam about wherever he thought there was space.

Salah relished the change and looked reinvigorated and the master goal he scored after superbly latching onto a long kick from goalkeeper Allisson Becker was excellent. Klopp was ecstatic that his work and that of his assistants paid off handsomely. Salah is back!

Arsenal have decided to head for Dubai for a warm-weather training camp in December. This applies to players not involved in the World Cup and Mikel Arteta feels a mid-season break will boost their chances of taking the title this season. Arsenal travelled to the Middle East last season and would have gone more often were it not for the Covid-19 restrictions. I am told the plan is to travel at the beginning of December and to stay abroad until mid-December and with other clubs looking at the same idea it might be possible to arrange friendly matches to maintain full fitness. 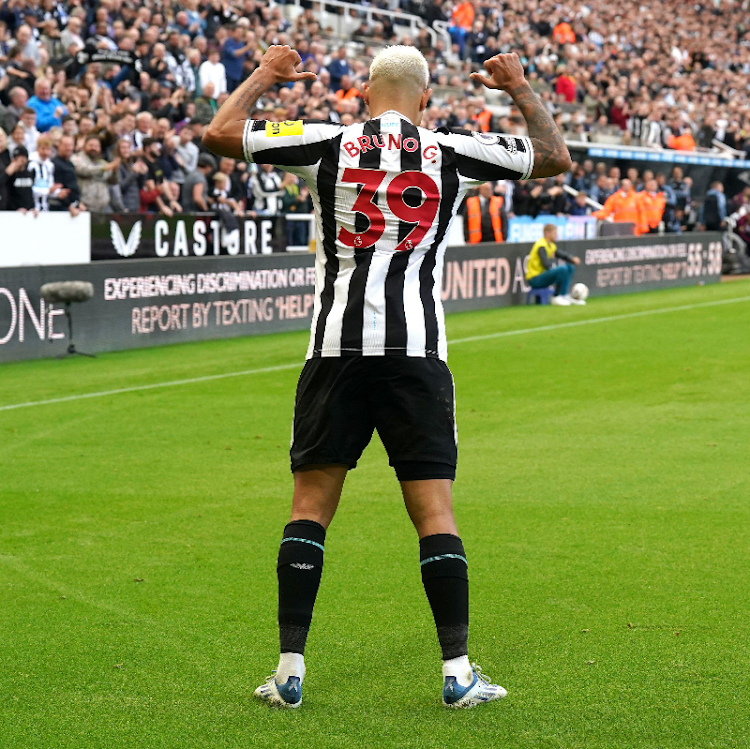 Real Madrid are lining up a bid for Newcastle star Bruno Guimaraes in the January transfer window. Guimaraes said Real had “opened a conversation” and Newcastle Sporting Director Dan Ashworth has admitted the club will have to “trade” because their 2022 spend of £210million cannot be sustained. He did maintain that one of those trades will definitely not be Guimaraes and the Brazilian will be offered a new improved deal before next summer. Ashworth said his priority was holding on to the Magpies' best players and Guimaraes is certainly in that category.

I am receiving word that Steven Gerrard is under intense pressure and the game against Brentford on Sunday is vital. I am hearing that if Gerrard is pushed out of Aston Villa, they are looking at offering the job to former Tottenham and PSG coach Mauricio Pochettino. Gerrard has failed to bond with supporters and has been regularly booed off the pitch.

Only a brave person would predict who will be the next Premier League manager to be sacked but Gerrard, Southampton’s Ralf Hasenhuttl, Nottingham Forest’s Steve Cooper and Leicester’s Brendan Rogers head the list.

Vieira bulking up to compete

Arsenal’s Fabio Vieira is working on building up his weight and fitness in order to compete more strongly in the Premier League. He said this week: I am doing weight training three times a week because the game in the Premier League is different from Portugal's and is far more physical. I have to improve myself.” Club captain Martin Odegaard was full of praise when he said: “It is brilliant to play with him. He’s a great player with great qualities, especially on the ball and I enjoy playing with him.”

The forward picked up the thigh problem during training with Sweden in the September international break.
Sports
3 months ago

Kante suffered the injury during Chelsea’s 2-2 draw with Tottenham in August.
Sports
3 months ago

Brighton’s problems resurface in front of goal in Forest stalemate

The Seagulls have averaged just above a goal a game in the past three seasons.
Sports
3 months ago

Jurgen Klopp’s red card for berating a referee’s assistant during Liverpool’s win over Manchester City was among a number of flashpoint incidents.
Sports
3 months ago
Post a comment
by DAVID BILLINGTON
Football
21 October 2022 - 00:00
Read The E-Paper