The forward was also at the centre of most of the visitors’ attacking play as he helped Pep Guardiola’s men cruise to a 3-0 victory.

• “It feels ominous for everyone, and almost feels like a one-horse race whatever the table tells you,” former England defender Rio Ferdinand told BT Sport. 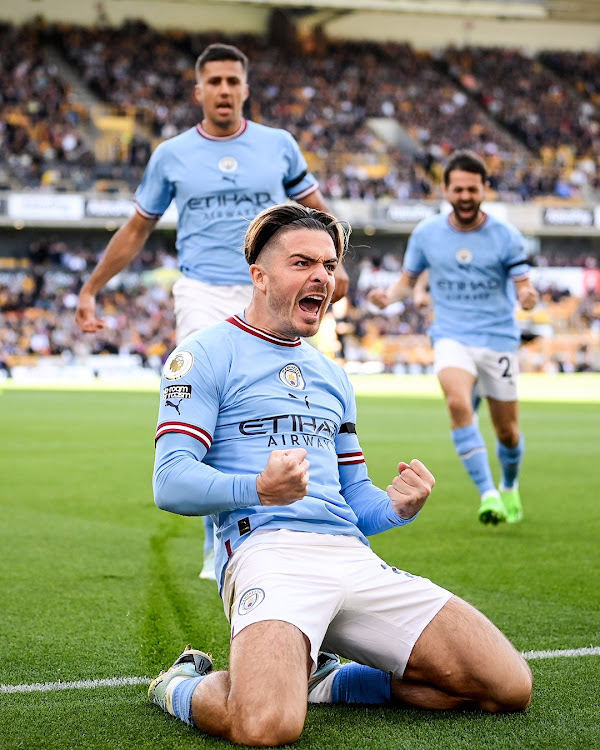 Jack Grealish could not have asked for a better response to his growing band of critics.

After having both his performances for Manchester City and his place in the England squad called into question, Grealish responded with his first goal of the season, after just 55 seconds, against Wolves on Saturday.

The forward was also at the centre of most of the visitors’ attacking play as he helped Pep Guardiola’s men cruise to a 3-0 victory.

The result sees City head into the international break with 17 points and 23 goals in seven Premier League matches, while in Erling Haaland, they have a striker in red-hot form with 14 goals in nine games in all competitions.

The campaign is not yet one-fifth of the way through, but already questions are being asked about how anyone can stop City from becoming only the fifth English club — after Huddersfield, Arsenal, Liverpool and Manchester United — to win three league titles in a row.

“It feels ominous for everyone, and almost feels like a one-horse race whatever the table tells you,” former England defender Rio Ferdinand told BT Sport.

“People have started to question Jack Grealish, today he answered the critics in a wonderful way.”

Not much attention was paid to Grealish’s slightly disappointing contribution to City’s title-winning campaign last season, but there is more focus this time around.

Guardiola went out of his way to talk up the 26-year-old before the Wolves game, saying he was “delighted with his behaviour and everything” even though City’s Champions League comeback against Borussia Dortmund in midweek came after Grealish had left the field.

The manager kept faith with Grealish and if it is regarded as a positive when opposition fans start to target you, the forward should be quite happy with his performance at Molineux.

A combination of his Villa connection, scoring inside a minute and being on the end of Nathan Collins’ red-card challenge meant Grealish was singled out by the Wolves faithful throughout.

He responded with understated, yet pointed, applause towards the South Bank when he was replaced by Cole Palmer 13 minutes from time, before thanking Guardiola for his support.

“It is nice when Pep defends me,” he said. “I probably have to thank him because he gave me the opportunity today after my performance on Wednesday, which probably wasn’t the best.”

Guardiola, meanwhile, just wants Grealish to be the player that persuaded him to pay big money to Villa last year.

“They don’t have to say thank you,” he said. “I have confidence in all of them. I trust them unconditionally.

“Everybody has good moments and bad moments. The important thing is he thinks, ‘I am Jack Grealish, I play like I am’. That is all I want for him.”

Haaland has never scored in eight successive games. A goal against Manchester United next time out would see the 22-year-old reach that milestone.

It has almost reached the point where it would be a shock if Haaland failed to find the net, so unerring has been his finishing.

His latest effort was a rarity in that it was struck from outside the box — and one senses Guardiola will have been just as pleased with the Norwegian’s contribution for City’s third, which saw him have the awareness to roll the ball to Kevin de Bruyne, who crossed for Phil Foden to convert.

Haaland now has 11 goals in seven league games. In the season that Mo Salah scored 34 to break the Premier League record for a 38-game campaign, he had reached four at the same point. Only Fulham’s Aleksander Mitrovic has reached half Haaland’s tally so far this season.

Even though Haaland will be absent later this year from the World Cup, which starts after the 2022 Ballon d’Or is awarded, former Manchester United defender Ferdinand can only see one winner next year if the Norwegian’s form ultimately powers City to Champions League glory next June.

“He has the ability to break records because he is playing in a team that is absolutely dominating,” Ferdinand said. “If Man City win the Champions League, there is no question he will win the Ballon d’Or. He is head and shoulders above anyone else.”

Players named in the 28-strong list are leading the way for the World Cup, but those left out have work to do between now and until the squad ...
Sports
2 weeks ago

Haaland, who joined City for £51.2m from Borussia Dortmund, scored after 12 minutes in the pre-season friendly.
Sports
2 months ago

We are ready to ‘give our lives’ to retain title, says Guardiola

City then host Aston Villa and Liverpool host Wolverhampton Wanderers on the final day of the campaign.
Sports
4 months ago
Post a comment
WATCH: The latest videos from the Star
by BBC
Football
19 September 2022 - 00:00
Read The E-Paper